The Light of Isolation 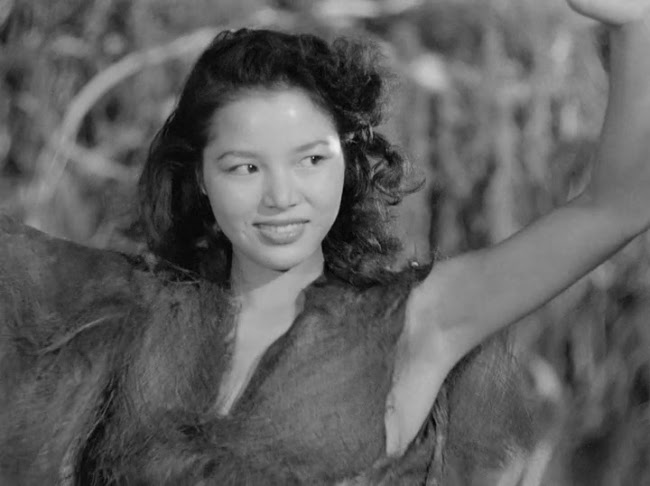 One woman bears witness to a disintegrating male society in 1953's Anatahan, Josef von Sternberg's final film. Filmed years before the publication of Lord of the Flies, this brilliant film about a small group of people stranded on an island shows the destructive potential in a breakdown of social order. There's also an implicit discussion of how sexuality operates in the human mind that has frustrated attempts to categorise Sternberg's artistic impulses for decades. On top of that, the film is unique as a work by an American filmmaker in the 1950s for having an entirely Japanese cast, a story told from the perspective of people who were enemies of the United States during the war just a few years earlier. 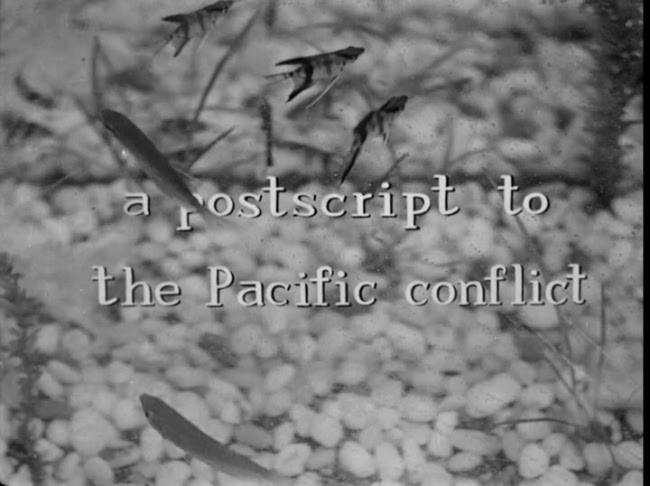 Opening with this title card, the first time viewer might well expect a film designed to emphasise the common humanity shared by American and Japanese people. The film does this, of course, but it's not so shallow as to think that's sufficient to be the point of a whole film. Like all great storytellers, Sternberg knew that to say something universal about humanity you have to talk about a specific human experience. 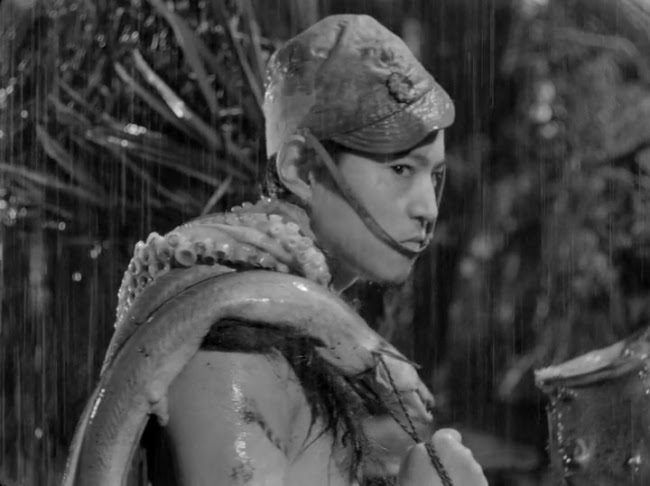 Based loosely on a true story, the film begins when a Japanese Navy ship is wrecked during World War II and its handful of survivors winding up on the small island of Anatahan. There are two civilians on the island who've been out of contact with civilisation for years, a man named Kusakabe (Tadashi Suganuma) and a woman named Keiko (Akemi Negishi). 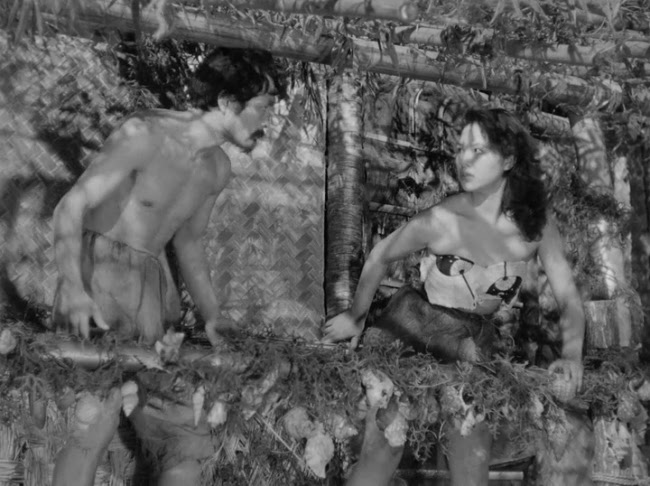 The sailors assume the two are husband and wife and the couple initially do nothing to disabuse them of the idea. Sternberg, who narrates the film in English, explains how the two had formed a bond over the years due to being the only two people in the world. But now that there are other men available, Keiko's mind starts to wander to new potentials while Kusakabe starts to become violently jealous. 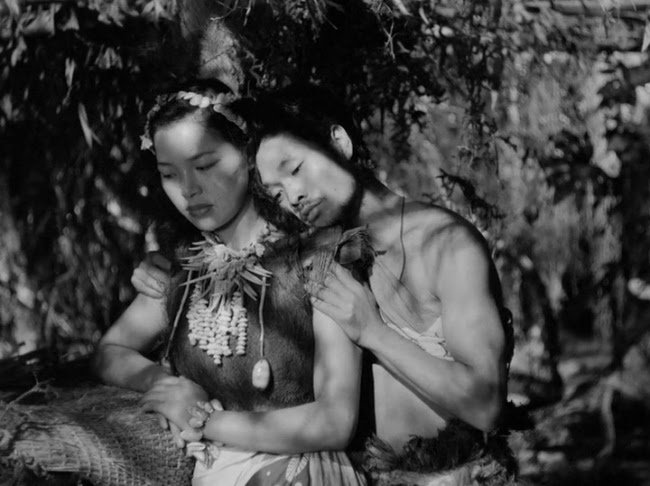 Sternberg's narration, though in English, uses words like "We" and "Our" as though the speaker were one of the sailors though he significantly refrains from identifying with any specific sailor. He talks about how the sailors came to regard themselves as "drones" and Keiko as the "Queen Bee" but this simile becomes increasingly ironic as Keiko suffers more abuse and her wishes are frequently disregarded. When two of the men acquire guns from a crashed American fighter plane, Sternberg speaks in an ironic tone of how the weapons become the only determinate of authority. 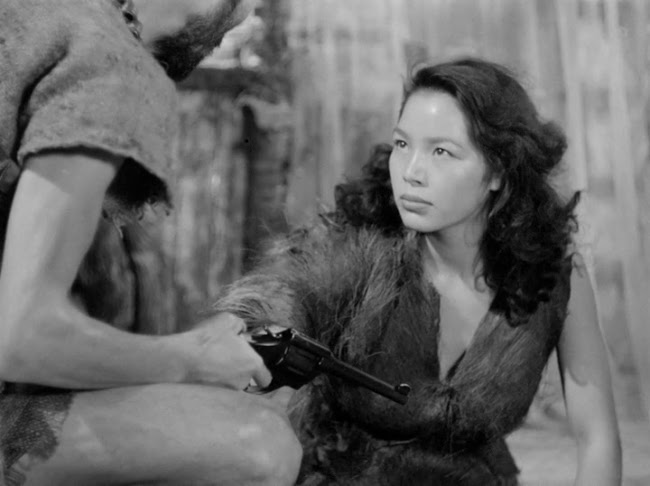 The typical interpretive line might be to see the guns as an ultimate phallic symbol and the fact that, in all the violent encounters where the guns change hands, neither ever ends up in Keiko's hands. She even refrains from taking one when given the opportunity. This would fit in with one feminist line of film criticism that sees women in films shot by men as defined by their castration and corresponding need to castrate men in revenge or be completed by the male body. Such critics would also likely subscribe to the concept of the Male Gaze and would point to the several nude scenes as confirmation that Keiko exists only as an object of male pleasure. 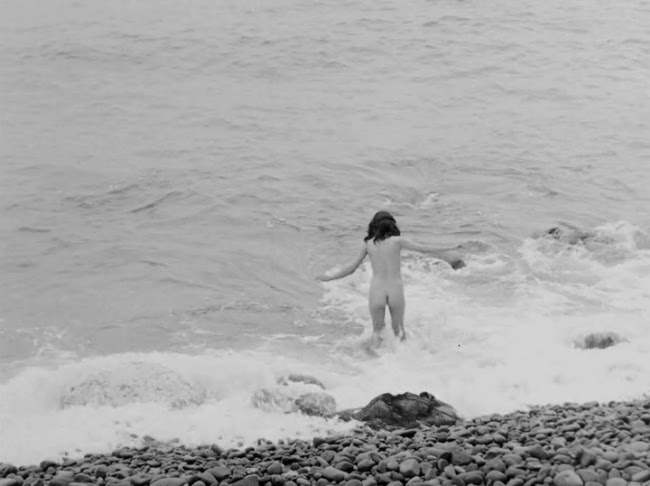 I've written extensively already about the Male Gaze and I've argued that it's an illegitimate concept--I stand by everything I argued in this 2012 entry except I'm less certain now that a society without any kind of hierarchy would be advantageous. As Anatahan demonstrates, many of the problems that occur might have been prevented if the commander of the group of officers had been able to maintain his position. He loses face when one of his men beats him in a fight and after that there's implicitly a free for all. By the end of the film, he too has succumbed to the general madness in a mockery of democracy where the men draw straws for Keiko. The breakdown of military discipline, like the ambiguity of Keiko's marriage status, creates fissures through which chaos and violence intrude. 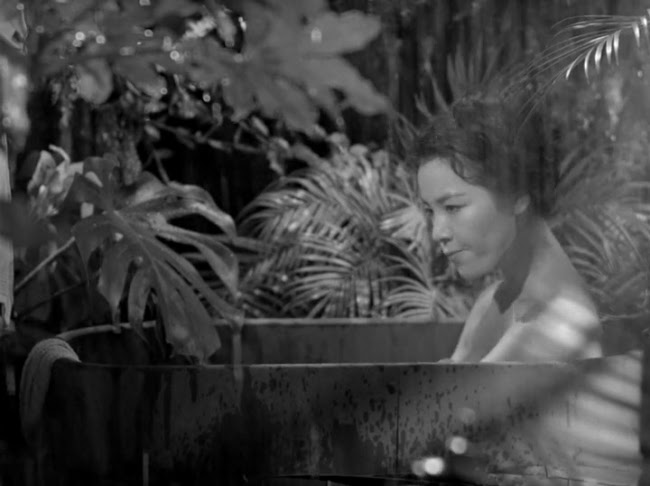 There are a lot of ways in which Sternberg's films defy the perspective which reduces portrayals of women by male directors to invariable manifestations of oppressive patriarchy. Sternberg is best known for his collaborations with Marlene Dietrich in the late 1920s and early 1930s. Images of Dietrich in his films are iconic as some of the most beautifully photographed images in film history. In a famous quote, Sternberg, discussing the place Dietrich had in his films, said, "I am Marlene-Marlene is me." It's a quote with which Dietrich herself agreed when asked about it. A nice quote from Dietrich I've been seeing lately is, "I dress for the image. Not for myself, not for the public, not for fashion, not for men." To my mind, this is the ideal attitude of the artist, a person who should give priority to art over all other motives, be they personal or political. In her work for Sternberg, she recognised that she was inhabiting an aspect of himself, her beauty a reflection of his worldview rather than an alien territory to be conquered or avoided. 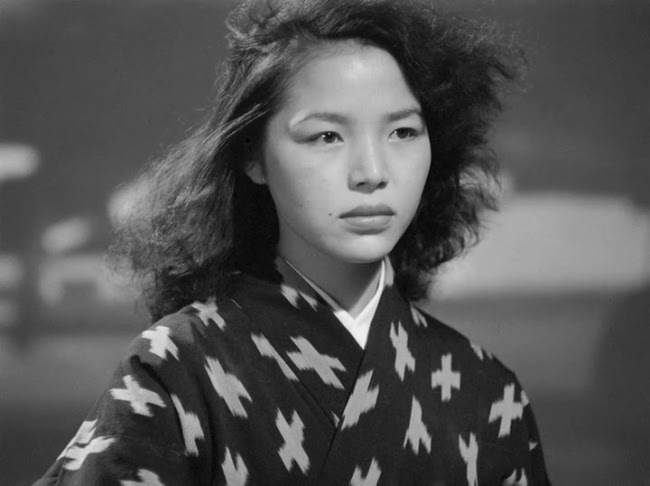 Anatahan was Akemi Negishi's first film, she would go on to star in films by Naruse and Kurosawa--she has a memorable role as the prostitute in Kurosawa's version of The Lower Depths. Sternberg apparently discovered her working in cabaret and his eye for casting proves keen in Anatahan as it's largely her performance that anchors the film. Despite the narration coming from one of the sailors and the beliefs of some of the radical film analyses from the 60s and 70s that have become dogma in many circles, the film's story mainly seems to come from her perspective. 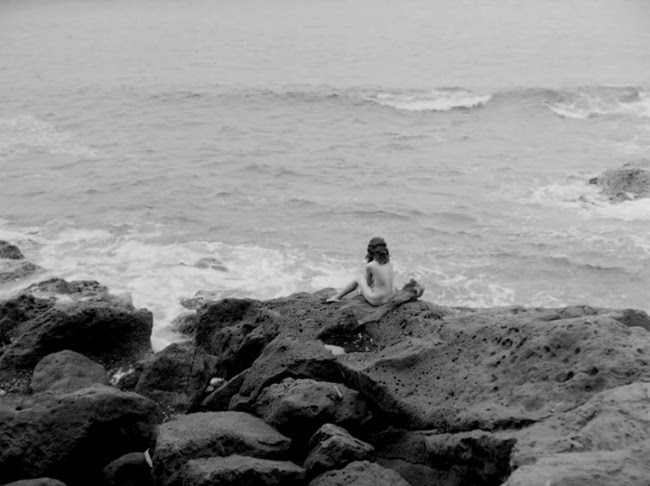 There are several reasons for this. For one thing, the narrator's voice not being attached to any specific sailor has the effect of diluting and distancing it. In addition to describing the feelings of the sailors and the basics of the situation, the narrator also takes time to explain aspects of Japanese culture and make observations about human nature that are sometimes curiously contradicted in subtle ways by what occurs on screen. He describes Keiko has having been brought up to be obedient to men, naturally falling into step behind her man when the two move about, but again and again Keiko exercises her own will independently. She disobeys Kusakabe and sleeps with other men, not because she's coerced by them but because she wants to. She is raped and beaten over the course of the film but this is another thing that anchors the film with her perspective--committing rape or other physical assault on her person are unpleasant, irrational acts and she stands as rational by contrast. 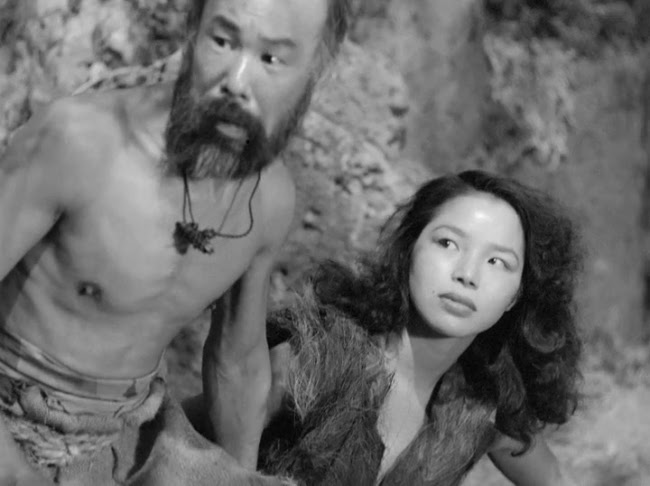 The viewer is also compelled to identify with her more because she's beautiful. If you remove the cynical, false intellectualism that casts portrayals of female beauty, sexual or chaste, as manifestations of an inherently destructive male impulse, you see the simple truth that what attracts the eye is a reflection of our most basic values, our heart. Add to this Negishi's excellent performance--her face credibly conveys emotional responses--and her reactions to the increasingly unstable men harmonise with our own reactions. This is emphasised further when she's the only one who doesn't consider leaflets dropped on the island informing them of the war's end to be mere enemy propaganda. She sees the reality we know is true, World War II is over, while the men, despite the disintegration of their military discipline, still cling to the idea that Japan will never surrender, even if they must continue fighting for a thousand years. 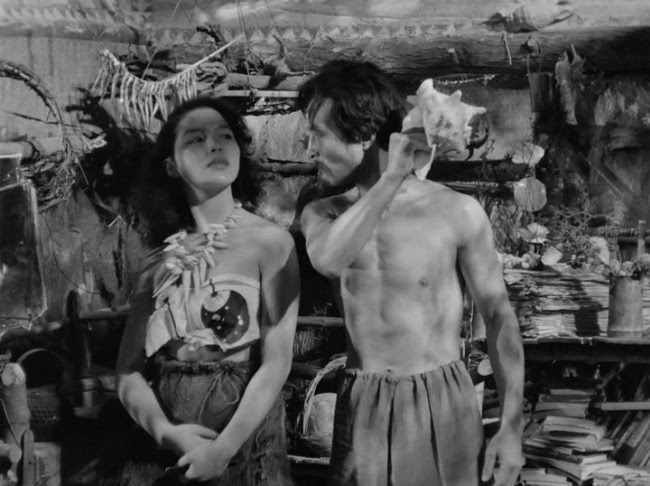 The film has a deliberately artificial look, shot almost entirely on sound stages, and, despite everyone's clothes disintegrating, Keiko's hair always looks like she has ready access to a salon. This emphasises that the essential truth presented by the film is in beauty and is the higher status to which humanity may aspire contrasted with the increasingly animalistic behaviour of the sailors. Keiko's lack of interest in ruling by violence, choosing instead not to take one of the guns, reflects this too. Keiko, while crucially not being portrayed as saintly or perfect, represents the best of humanity while the sailors represent a natural savagery to be overcome.

Posted by Setsuled at 11:47 AM
Email ThisBlogThis!Share to TwitterShare to FacebookShare to Pinterest