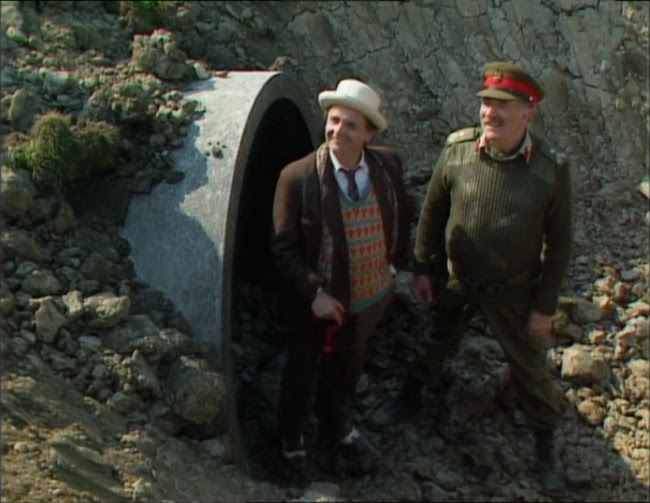 This past week I watched again two stories featuring UNIT on Doctor Who, the fictional military task force introduced to the series in 1968. I watched the 1989 story Battlefield and the 2008 two parter "The Sontaran Stratagem"/"The Poison Sky". It sure was nice when multiple episodes were unified under one title. Anyway, while I think the 2008 story is better than Battlefield, I found myself wishing the new series had continued with some of the changes to UNIT introduced in Battlefield, which was designed as sort of a reboot to the organisation. 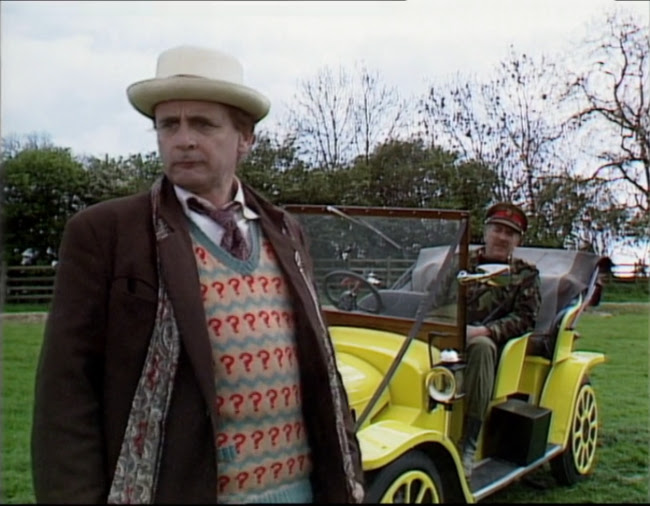 I talked a couple weeks ago about the philosophical conflict that defined much of the Third Doctor era in the early 70s--the Doctor, a character whose preference not to carry or use guns often manifesting in disgust for them, working as a science advisor for a military organisation headed by his friend, Brigadier Lethbridge-Stewart. The most frequently recurring character from throughout the show's long history, the Brigadier was always played by Nicholas Courtney. Introduced in the Second Doctor era, he featured in the majority of the Third Doctor's serials and appeared in a few Fourth and Fifth Doctor serials before making his final appearance in Battlefield. 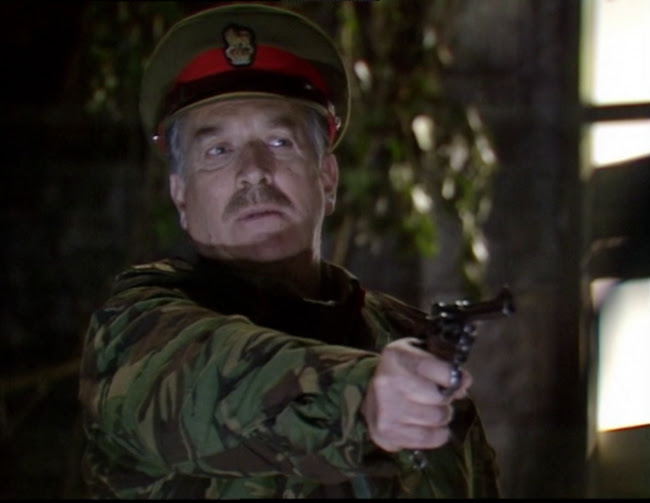 Battlefield reintroduces that philosophical conflict, centring on legends of King Arthur, established in the serial as having been the result of alien influence. I think. It's a little hard to follow and a lot of the faux archaic dialogue is incredibly stilted. When the Doctor (Sylvester McCoy) asks if one young knight (Marcus Gilbert) recognises him he receives the reply, "No, not your aspect, but your manner that betrays you. Do you not ride the ship of time? Does it not deceive the senses being larger within than without?" 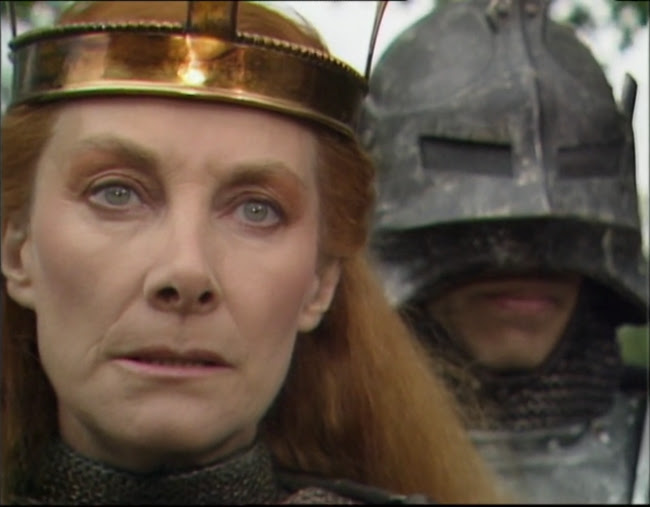 The story notably features Jean Marsh as Morgaine, an actress whose history with the show goes all the way back to the First Doctor era but who, in Battlefield, was for all intents and purposes reprising her role as the villain Bavmorda from Ron Howard's film Willow. She recognises and honours the Brigadier as a warrior. 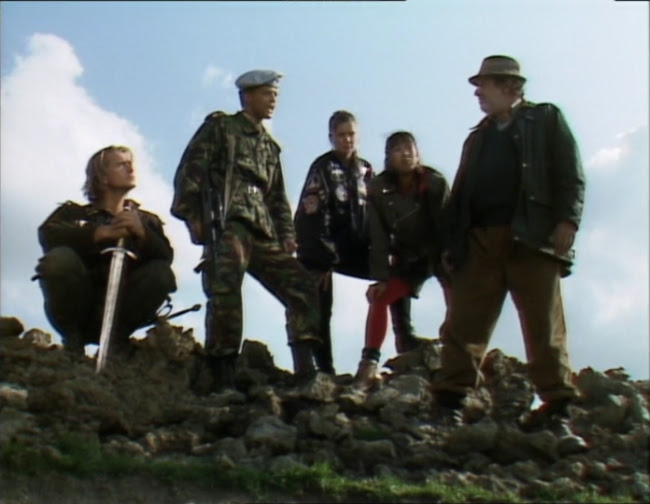 After the Doctor's bluff is called when he threatens to kill Morgaine's son, Mordred (Christopher Bowen), it's up to the Brigadier to use firearms to get things done. This is a story where the argument for the use of weapons wins against the Doctor's preference for avoiding them. By the time of "The Sontaran Strategem", though, the Tenth Doctor (David Tennant), had become even readier to express his disgust for solutions involving military might, perhaps a reference to his recent experiences in the Time War. Guns end up coming in handy in that story but it remains a comfort to watch a series where the central protagonist has such an aversion to something that creates so much pain and sorrow in reality. 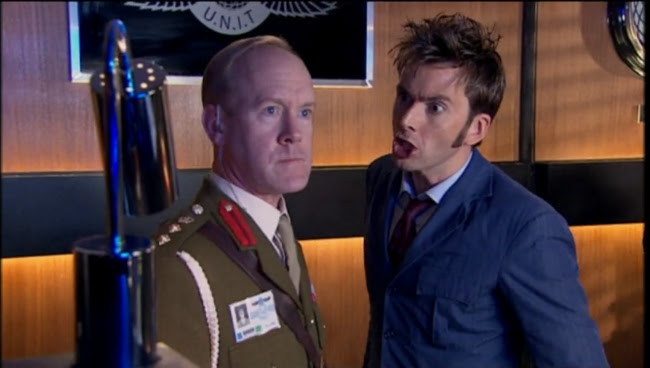 The 2008 episode shows a UNIT headed by a kind of wishy washy fellow named Colonel Mace (Rupert Holliday-Evans), who's slightly better than the dull Kate Stewart who has headed the organisation in episodes over the past few seasons. But personally I don't understand why the new Brigadier introduced in Battlefield, Bambera (Angela Bruce), wasn't brought back for the new series. 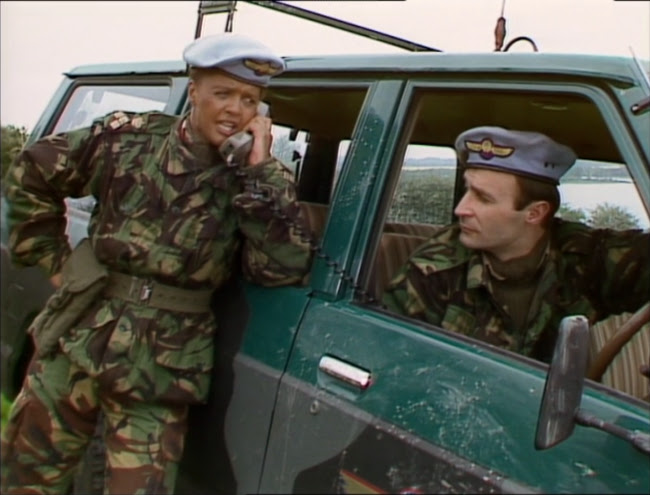 Don't get me wrong, she's nowhere near as cool as Lethbridge-Stewart. She's kind of over the top with her invariably ornery response to the Doctor trying to help, to people asking for basic information, to the crisis in Battlefield involving a nuclear missile. But the Brigadier should be a bit over the top. Nicholas Courtney is essentially playing a sincere version of Graham Chapman's military characters from Monty Python. That's part of the fun, he's a type but he's not a satire. He's like Roger Livesey in Life and Death of Colonel Blimp, the caricatured old fashioned British military man brought back to reality with affection. It's like sincerity's revenge against irony. 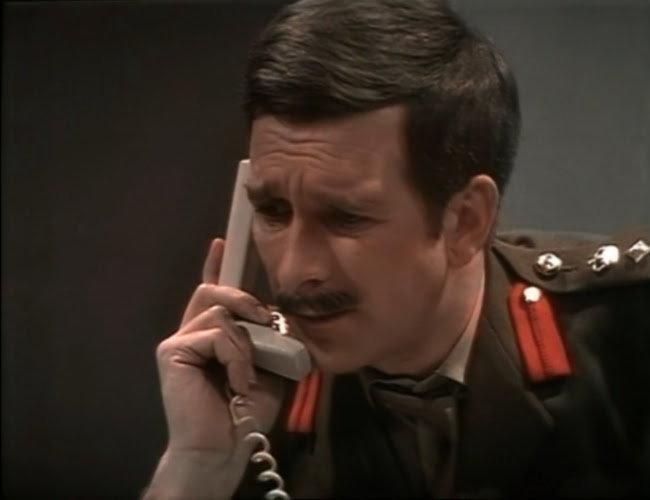 Kate Stewart was introduced in a direct to video, unofficial tie-in movie starring Courtney as the Brigadier, so there is a sort of continuity reason for her to be there. Nonetheless, I hope one of the things incoming showrunner Chris Chibnall does in the upcoming new series is to put someone else in charge of UNIT. Osgood might not be a bad choice, the UNIT scientist introduced in 2013's "The Day of the Doctor". Ingrid Oliver, who plays her, seems to understand that right balance between cartoonish and absolutely on the level.

Posted by Setsuled at 1:25 PM
Email ThisBlogThis!Share to TwitterShare to FacebookShare to Pinterest