The Imposition of Roles 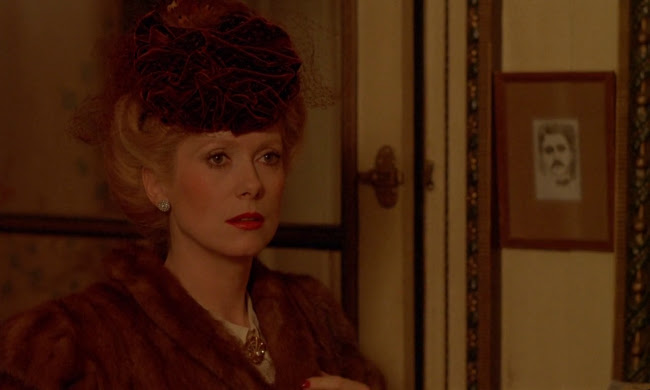 Most films set in Europe during World War II tend to portray the most horrific aspects of battle or the Holocaust. In focusing on lives in occupied France that weren't as drastically affected as others, 1980's The Last Metro succeeds in conveying some of the broader scope of the horror, showing how the demon of intolerance saturated the media and social discourse. With gorgeous costumes and production design, this film by Francois Traffaut is also an ode to people whose commitment to artistic expression compels them to take incredible risks. 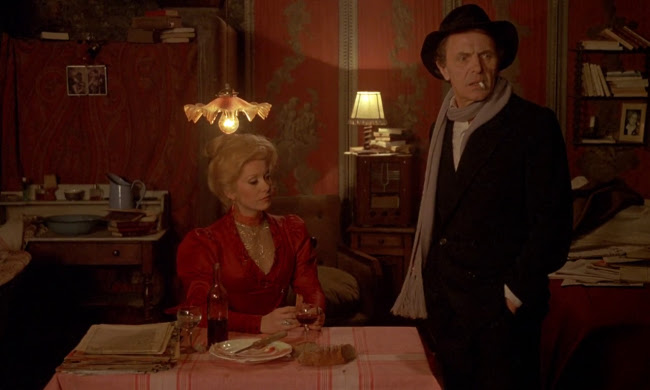 Lucas Steiner (Heinz Bennent) is a famous playwright, forced by the Nazi occupation to live in the cellar of the Theatre Montmartre. Like the Phantom of the Opera, he continues to write and listens to a production of his latest work being rehearsed on the stage above, passing notes through his wife, Marion (Catherine Deneuve), the only person who knows he's there. She brings him supplies and newspapers and sometimes, at great risk to herself, stays the night down there with him. 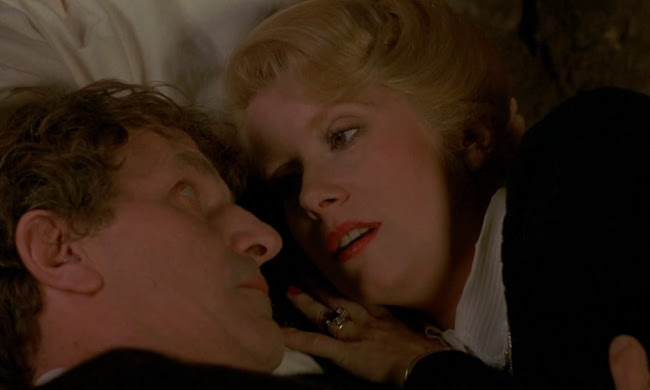 He explains to her how he tries to follow the news and listen to the radio but sooner or later he has to stop because he feels like he's being driven mad. Even the crossword puzzle is filled with anti-Semitic clues and answers. In one fascinating scene, he plays with a false nose while Marion cuts his hair, pondering the difficulty of playing a Jew. "If you underplay, they're skeptical" he says. "If you overplay, they say, 'He doesn't look Jewish.' What does it mean to 'look Jewish'?" It's an absurd question for him, a Jewish man, to be asking himself, yet as someone who works in the theatre he's especially attuned to how an audience simultaneously wants to see something real and something that fits their expectations. As an artist, he's always had to work with the Jew that existed in the mind of the audience and so he has a unique insight into how that illusion has taken hold in the public mind. 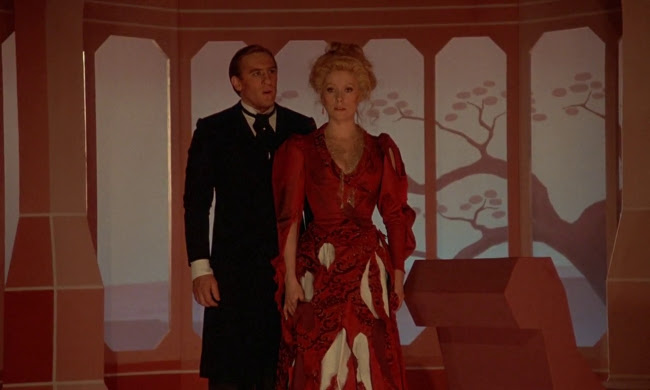 We don't learn much about the play which is rehearsed and finally performed over the course of the film, just isolated scenes of dialogue. It doesn't seem to be about Jews but from the way the character played by Marion talks about her self-image as someone who didn't seem worthy of being loved one wonders if Steiner has transposed his feelings to her character. 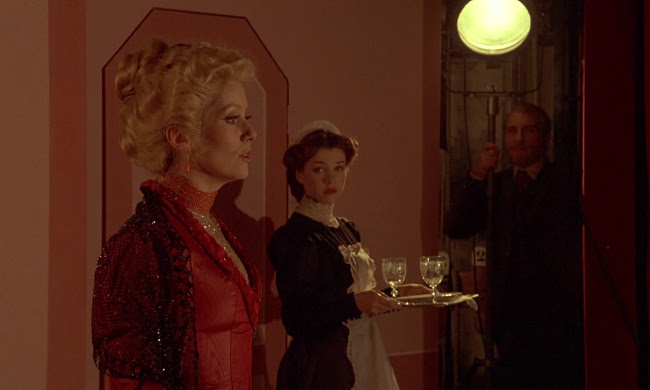 Mainly an ensemble film, mostly the movie's centred on Marion who certainly has a full plate. Famous as a movie actress, Marion is now working in the theatre both as lead actress and a figurehead manager for her seemingly absent husband. The film begins with the point of view of Bernard (Gerard Depardieu) who overhears her insisting they be very careful not to hire anyone Jewish or with Jewish family members. Her husband's precarious situation forces her to feign loyalty to anti-Semitic policy. A virulently anti-Semitic theatre critic tries to draw her out by expressing sympathy for her husband--in talking to him, she has to protect her husband as well as try to persuade the critic not to write a negative review of the production--like Lucas' hypothetical Jewish character, she can't overplay her part and Deneuve is excellent letting just enough anxiety show through. 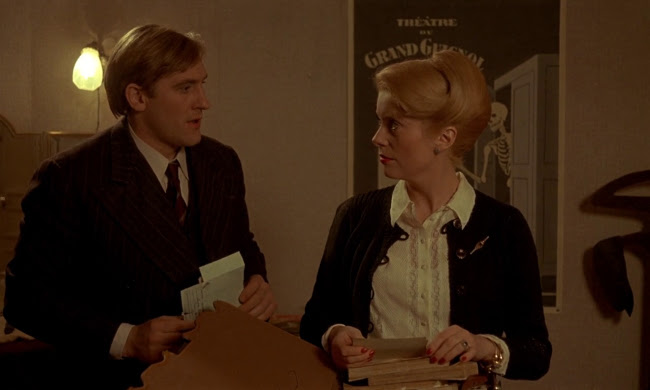 I've never really understood the appeal of Gerard Depardieu so it takes some imagination on my part to understand why people in this movie seem so attracted to him. But he gives a decent performance as a young man whose well meaning but tactless passions can endear him to others even as he brings them to the edge of disaster. Mainly this is Deneuve's film and her subtlety is captivating.