A Good Home for the Circulation 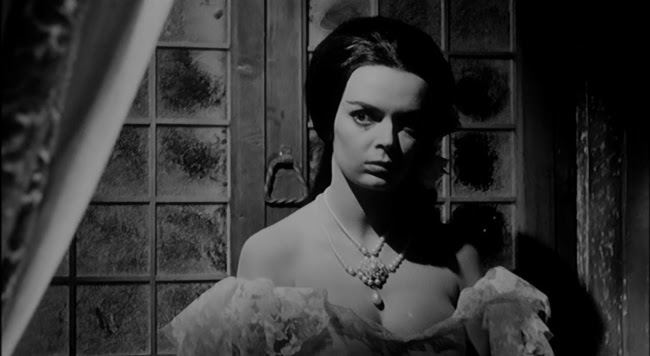 Just once I'd like to be offered money to spend all night in a haunted house, though preferably more than the ten pounds offered to the man in 1964's Castle of Blood (Danza Macabra). A gorgeously shot film from directors Antonio Margheriti and Sergio Corbucci, it goes for the classic haunted house vibe with gusto. The beautiful Barbara Steele gives an intense performance in the lead role. 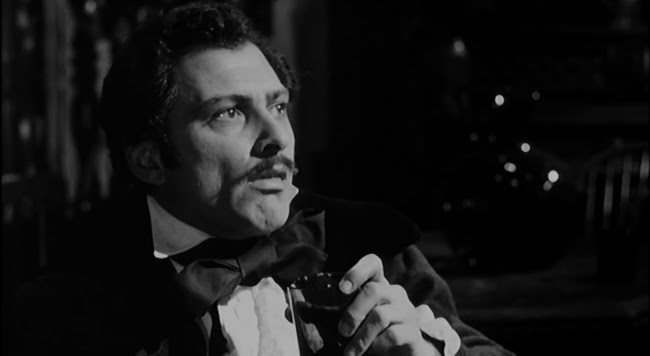 The 1960s saw several films from Roger Corman that played fast and loose with adaptations of Edgar Allan Poe stories but I haven't seen any that take quite as many liberties as Castle of Blood. The opening titles say its based on an Edgar Allan Poe story and even features Poe as a character (played by Silvano Tranquilli) but there's not one aspect of the film that bears any significant resemblance to anything Poe wrote. In this version of reality, Poe's stories are all based on his real experiences and they all seem to be about people returning from the grave, an idea scoffed at by a journalist named Alan Foster (Georges Riviere). He's interviewing Poe in a pub when another man, Lord Thomas Blackwood (Umberto Raho), proposes the fateful ten pound bet that Alan can't make it through a night in his castle. 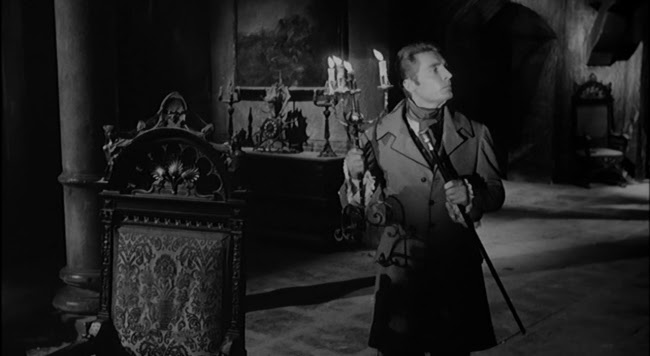 Thomas seems confident because several other people have tried and died, something the men discuss in an oddly casual manner. Alan laughs and accepts the challenge because he doesn't believe in ghosts, kind of missing the obvious fact that people really have died, whatever the cause. 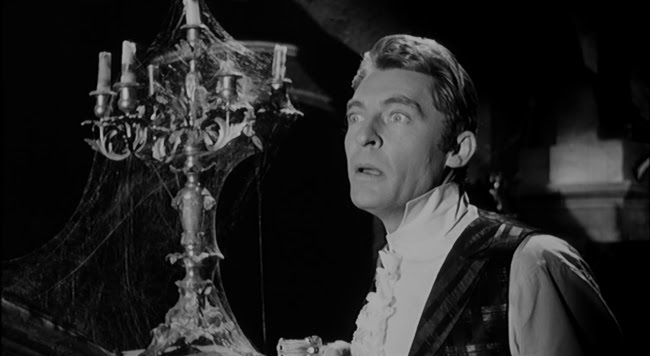 Once alone in the castle, Alan spends some time wandering around and the filmmakers take the opportunity to pile on with shadows, cobwebs, candelabra, all the good things in life, before people start showing up in the supposedly abandoned place. The first one Alan meets is the beautiful Elisabeth Blackwood (Barbara Steele) who's wandering about in her nightgown. She tells him how her brother, Thomas, tells people she's dead only because she's dead to him. 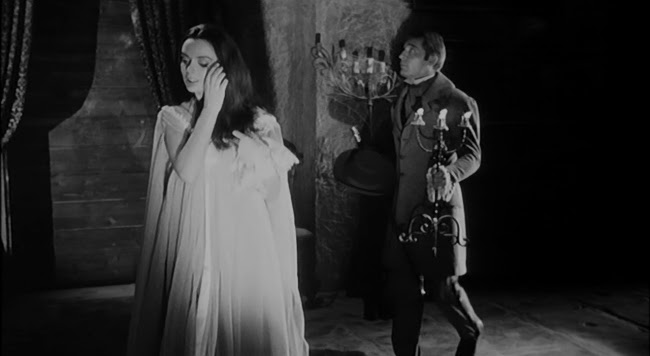 As more and more people manifest, Alan is made privy to the juicy details of the love polygon that mostly involved beautiful men, and one woman, fighting and killing each other for the love of Elisabeth. Elisabeth, in turn, falls for Alan which, whatever might become of him, has got to be good for his ego. 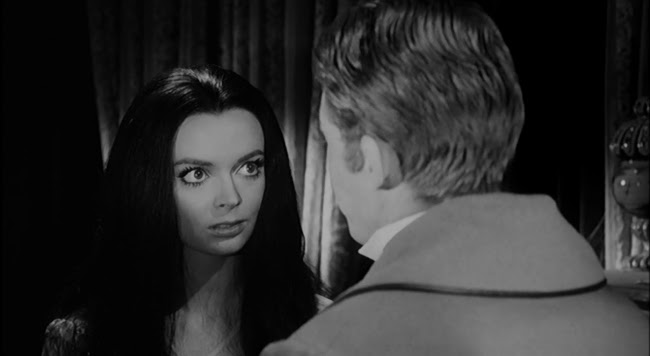 There's something in the portrayal of spirits trapped in a place, forced to continually dwell on their pain and unfulfilled desires, that has a real resonance but mostly this film is just a nice soak in wonderful atmosphere.

Posted by Setsuled at 1:19 PM
Email ThisBlogThis!Share to TwitterShare to FacebookShare to Pinterest