As the Turnip Turns 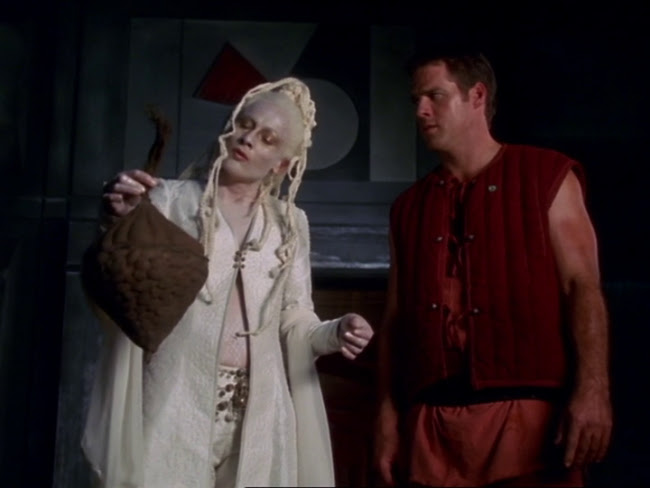 Keep the working class sedated and maybe they won't figure out the giant turnips they've been pulling out of the ground are being used for nefarious purposes. It's a simple socio-economic allegory but this episode of Farscape works primarily because of character interactions and, as usual, the visuals. 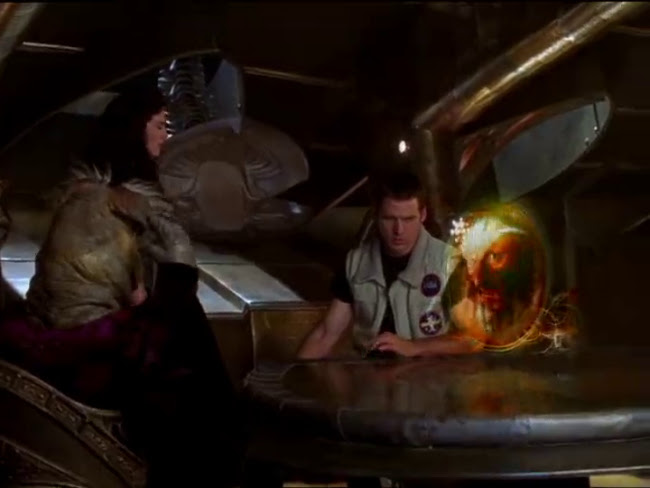 Once again, the show returns to the subject of identity, too. Events kick off when D'Argo (Anthony Simcoe), lost in a Luxan "hyper-rage" that makes him want to kill any potential male rival in the vicinity, leaves for a nearby planet. The rest of Moya's crew track him down and find him surprisingly sedate, surrounded by a dozen or so equally sedate red skinned humanoids with white eyes. 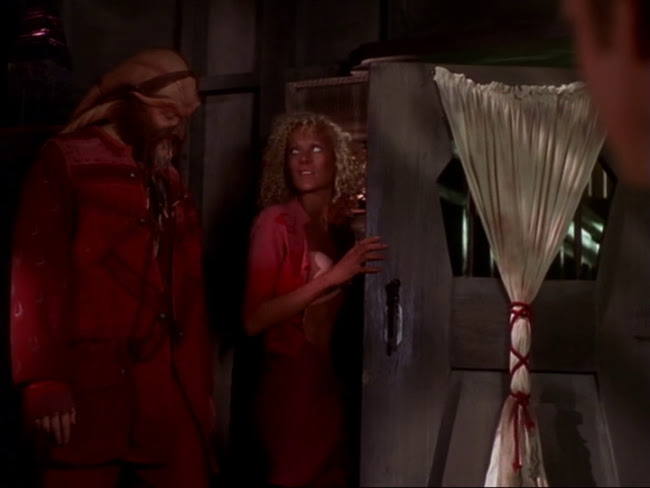 Is that any way for a warrior to act? D'Argo explains to Aeryn (Claudia Black) and Crichton (Ben Browder), "I've been a prisoner and a fugitive longer now than I was ever a warrior. Don't you think it was time I stopped lying to myself about who I really am?" The hard truth, that the life of a prisoner has robbed him of the normal Luxan life experience that would have reinforced his identity as a warrior, is easier to face now that drugs have made life look so rosy. 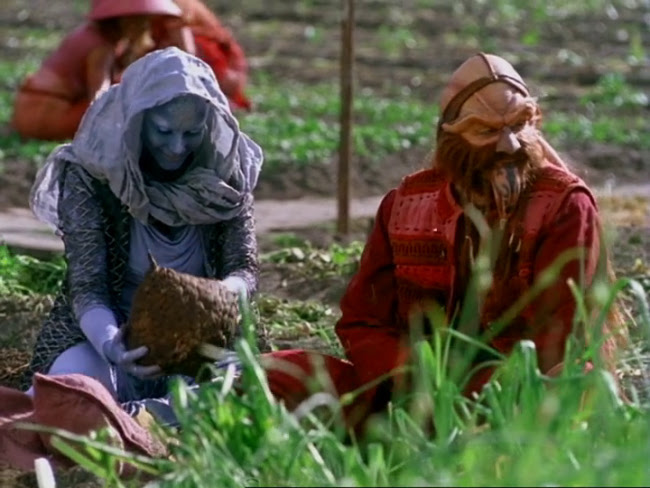 Before long, Zhaan (Virginia Hey) wants in on this simple, down to Earth identity too. But maybe it's not so new as it at first seems--D'Argo tells Zhaan about how when he was a child he had two, seemingly contradictory dreams; to be a warrior, and to have a simple, quiet life. The idea of not having to fight to prove who or what you are, to live entirely by tangible, physical measures like a subsistence farmer, has an obvious appeal. 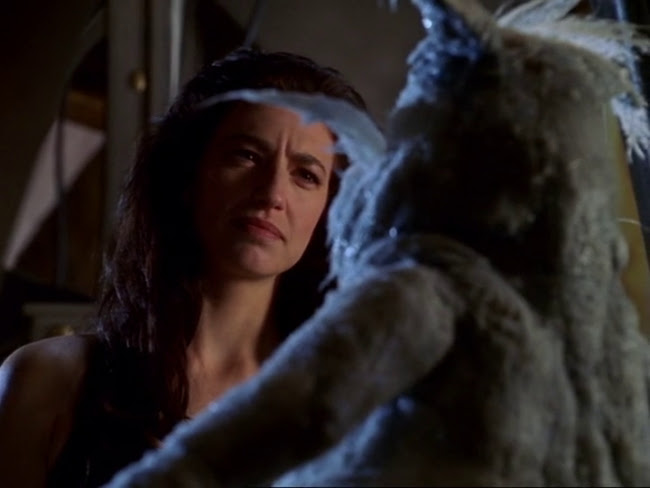 Meanwhile, Aeryn has to figure out how to cure Rygel (Jonathan Hardy) of his suddenly explosive bodily fluids, a condition certainly liable to give a fellow a new perspective on himself. Although this subplot does feature more humiliation for Rygel, it's mainly about how Aeryn finally does start to become "more" than a soldier, like Crichton promised she could be in the pilot episode. Black is good showing Aeryn's cautious pride as she figures out she can muster the intellect and discipline to solve Rygel's medical issue. In the process, Pilot (Lani Tupu) divulges to her that he's not so good at science as everyone might expect, something he only admits to her because he instinctively feels he can trust her. That's a nice bit of set up to make a future episode more painful. 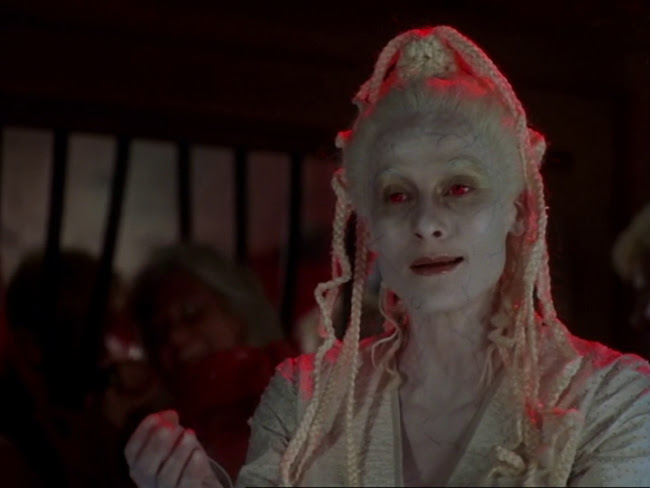 The workers' overseer, Volmae (Angie Milliken), despite apparently belonging to the same species as the workers has different pigmentation--almost directly opposite with white skin and red eyes instead of red skin and white eyes. She has a great outfit, her top looking a bit similar to the vest that would later become Aeryn's regular top.