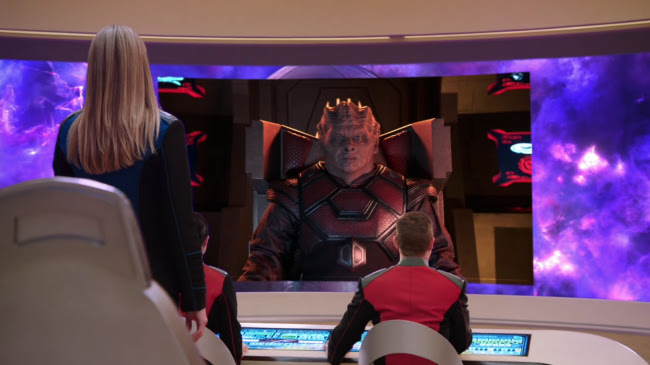 I liked last night's new Orville but I admire its intentions more than its execution. Written by Joe Menosky, "Sanctuary" combines and reconfigures many contemporary issues to allow the viewer to contemplate the fundamental ideas and concepts with hopefully as little prejudice as possible. More than ever, I feel critical thought needs to be stimulated and this is a very classic Star Trek way of doing it. Personally, though, I always liked it better when Star Trek writers avoided allegory entirely; I'm of the opinion fantasy fiction comments best on current issues when the writer just organically hits on them while trying to discuss personal preoccupations.

This is certainly the most Star Treky pedigreed episode of The Orville, in any case. Menosky has written many episodes of The Next Generation, Deep Space Nine, and Voyager, and has even cowritten an episode of Discovery. "Sanctuary" was directed by Jonathan Frakes and had two guest stars with a prominent history on Star Trek, Marina Sirtis and Tony Todd. Appearances by F. Murray Abraham, Rena Owen, and Ted Danson make this a very strong cast indeed. 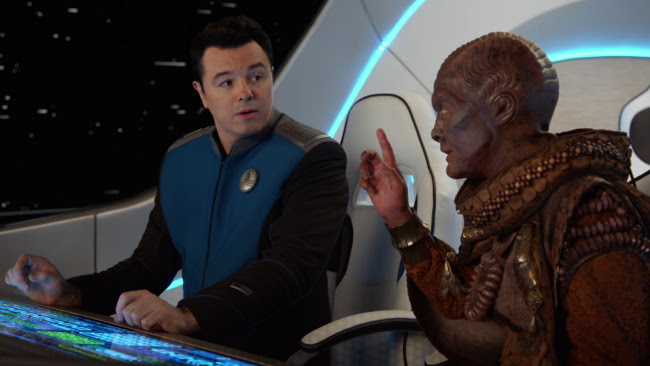 The show finally comes back to the surgical sex change forced on Bortus' (Peter Macon) and Klyden's (Chad L. Coleman) offspring in an unexpected way when Bortus discovers another Moclan couple, visiting the ship, are secretly carrying an infant female Moclan they're taking away from their homeworld. 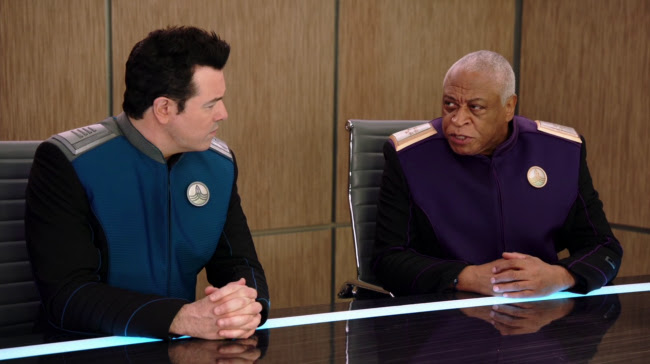 In a later scene where Ed (Seth MacFarlane) sits down with a group of admirals, the issues are thoughtfully explored--who are the people tampering with the children against their will, the ones forcing the sex changes on them or the ones forcing them to remain in a biological condition that will make them fugitives from their own culture for the rest of their lives? Of course, we all love women (at least me and all my friends do) so naturally we're going to be predisposed to side against the people who want to force an entire species to be male. This would seem like a no brainer except there are existing cultures that consider women to be biologically and mentally inferior. If the episode really wanted to discuss the issue, it ought to have included a real contrary argument--the boys' club Moclans just seem vaguely stubborn and ornery. Even in a scene where Klyden confronts Bortus while the latter's having lunch with Kelly (Adrianne Palicki), nothing is really accomplished except that Bortus points out Klyden's behaviour reflects his dislike for a two gender culture. There needs to be some discussion as to the value people like Klyden see in this tradition or it's not really going to be a conversation. 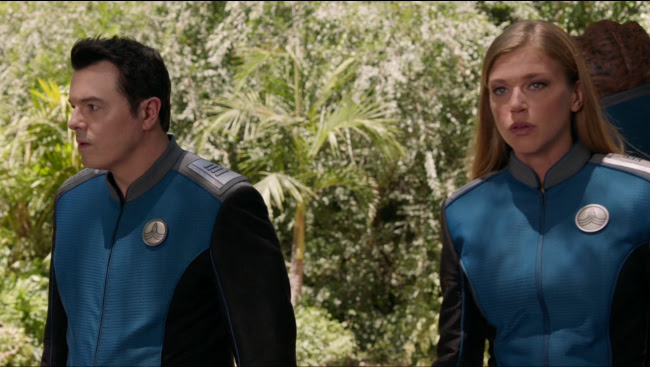 We're still long overdue for an episode that fleshes out Kelly as a character but I liked the way Frakes shoots her in this episode. Frakes shows again how adept he is at creating tension and excitement in cuts between bridge interiors and ship exteriors. Steadycams sweeping around an anxious Talla (Jessica Szohr) naturally flow with shots of the Orville nose to nose with a Moclan war ship. 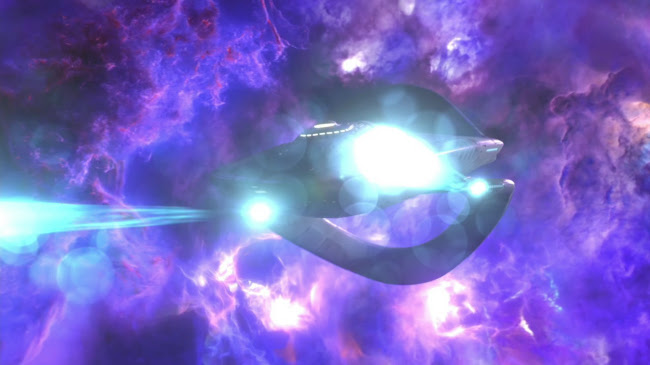 It's nice how the conflict with the Kaylon continues to influence events--no controversy exists in isolation and any action the Union takes must take into account Moclan weapons are necessary to fight the Kaylons. Ed argues that if they don't help the Moclan women they would be ignoring their values. The counterargument isn't said, though--what good are those values if they get everyone killed? They're both vitally important points.