No Pain, No DNA 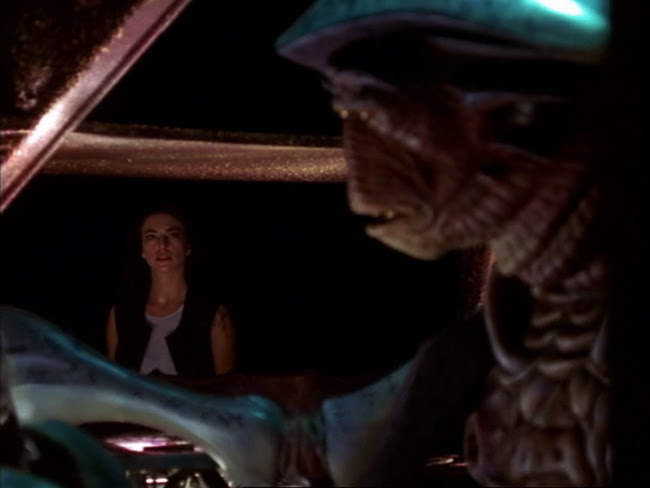 Poor Aeryn and Pilot suffer some terrible abuse in one of the best episodes of Farscape's first season. One of the more effective showcases for the Jim Henson company's puppetry, it's also an effective bit of body horror while adding another painful layer to the characters' various troubles finding a place in any kind of society. 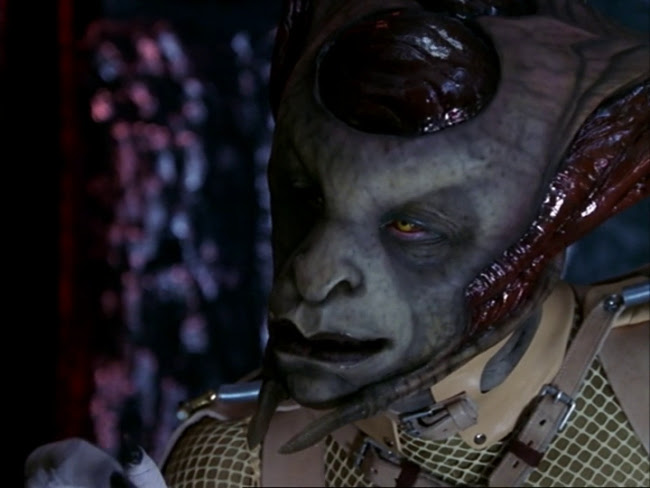 Most of the crew go through an uncomfortable procedure involving needles getting stuck in their eyes so that a private enterprise genetic scientist named Nam'Tar (Adrian Getley and Julian Garner) can procure maps to each subject's homeworld. The concept that he needs DNA specifically from the eye for this makes more poetic sense than scientific sense, as does the price Nam'Tar eventually asks for his services; one of Pilot's (Lani Tupu) arms. 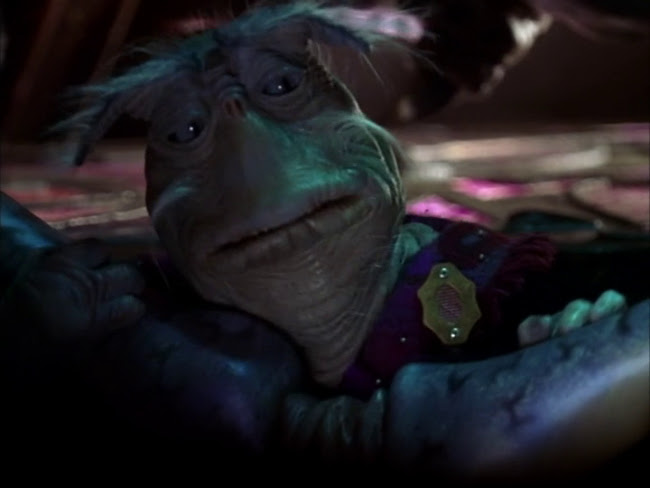 This is an important moment for the series as a whole because it really establishes D'Argo (Anthony Simcoe), Zhaan (Virigina Hey), and Rygel (Jonathan Hardy) as people capable of behaviour that would be deemed criminal not only by the show's villains but probably the vast majority of viewers as well. Even the priest, the peace loving Zhaan, participates in forcibly taking Pilot's limb, hypocritically pleading with him and offering to ease his pain with her powers--something that only seems to take partial effect, at most. Of course, her behaviour makes more sense to viewers who watched the first season in the proper order--"That Old Black Magic", the previous episode, had ended with Zhaan dealing with her previously repressed violent urges. 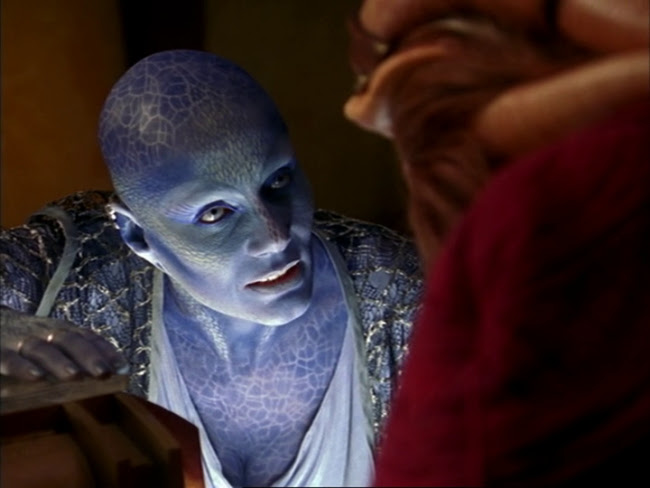 But Aeryn (Claudia Black) is more at the centre of this episode. As she rebukes Crichton (Ben Browder) for apparently having forgotten, her problem isn't finding her home, it's the fact that she's been banished from it. With a compelling guilelessness, she admits to Crichton that she's having trouble adjusting to isolation, having previously been bred into a military culture that was primarily about being part of a group. She goes from this moment of vulnerability to finally allowing Nam'Tar to extract DNA in the hopes that he can find some isolated colony of her species where she can fit in--but the show only doubles down on Aeryn's plight by having the scientist trick her, using her body as an experimental canvas to create a hybrid between her species and Pilot's. 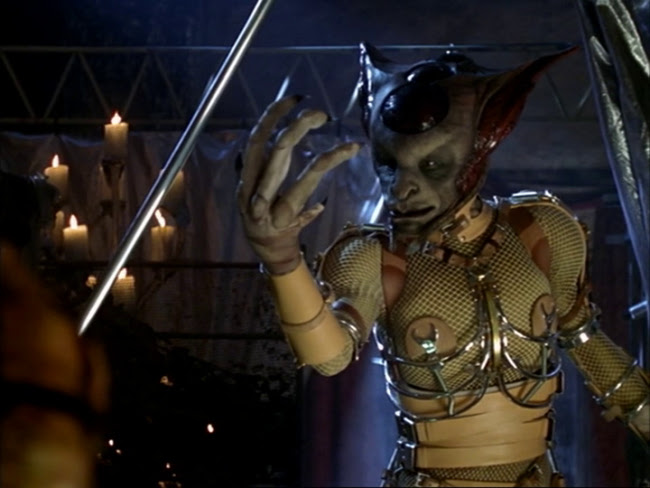 Nam'Tar's one of Farscape's great, fascinating one-off characters. A former lab specimen who now runs the shop, he's bent on making himself into a perfect being by stealing the best biological traits of other species. Frankenstein seems an obvious influence--visually, the episode reminds me of the Doctor Who serial The Brain of Morbius, which was also a homage Frankenstein. Someone on imdb has used the episode's trivia section to suggest, "Namtar seems to be inspired by Cell from Dragon Ball Z. Origins and physical appearance are similar." Looking up this "Cell" in a Dragon Ball Z wiki, the connexion seems possible but unlikely to me. But then, all of Dragon Ball Z's characters look alike to me. 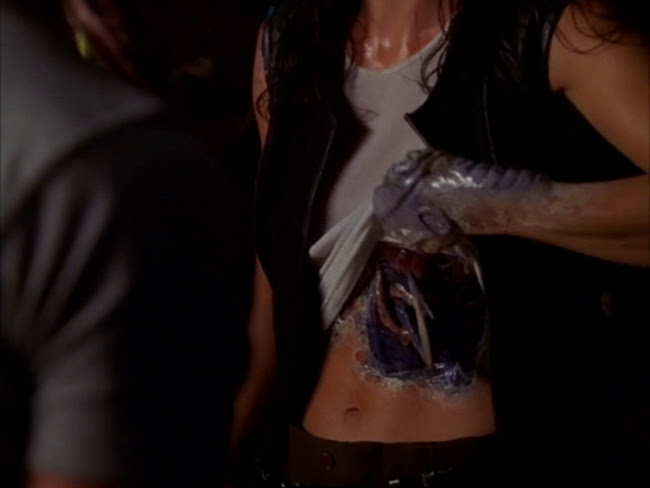 This episode features the first instance of "Frell", the alien swearword that replaces "fuck". Aeryn adroitly uses it when Crichton wonders if her strange symptoms are due to some kind of alien PMS--she responds with a simple, "Frell you." This creative work around for old fashioned TV censorship would be imitated by at least two other beloved space operas, Firefly and the relaunched Battlestar Galactica. It might not be as easy to appreciate now that most shows are on streaming services where the old fashioned network rules don't apply but, in addition to being a work around, it added a nice bit of flavour to the dialogue.

Episode 1: Pilot
Episode 2: I, E.T.
Episode 3: Exodus from Genesis
Episode 4: Throne for a Loss
Episode 5: Back and Back and Back to the Future
Episode 6: Thank God It's Friday Again
Episode 7: PK Tech Girl
Episode 8: That Old Black Magic