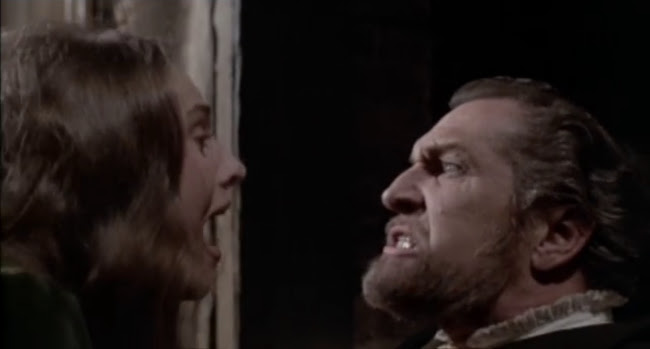 Vincent Price tries his hand at witchfinding again in 1970's Cry of the Banshee, a movie that has nothing to do with banshees. It's closer to the movie audiences might have been expecting 1968's Witchfinder General to have been, with Price as a corrupt magistrate up against a forest coven of pagan witches. There's an exciting amorality in the film as well as terrific costumes and production design--in fact, I think the people who designed the costumes and sets knew more about the period than the screenwriters. The performances are pretty good and overall this movie's a good ride though in some ways one that doesn't make very much sense. 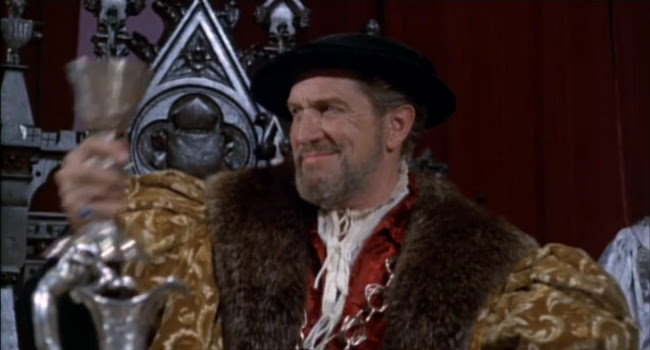 Lord Edward (Price) rules a small English town with almost unvarnished despotism, maintaining the thin veneer of the witch trials as a pretext for he and his sons to rape, torture, and murder local women. In the first part of the film we see a feast in Edward's hall where a young woman and her brother are tormented for the sadistic pleasure of those present and we see another young woman flogged through the streets before being put in stocks. 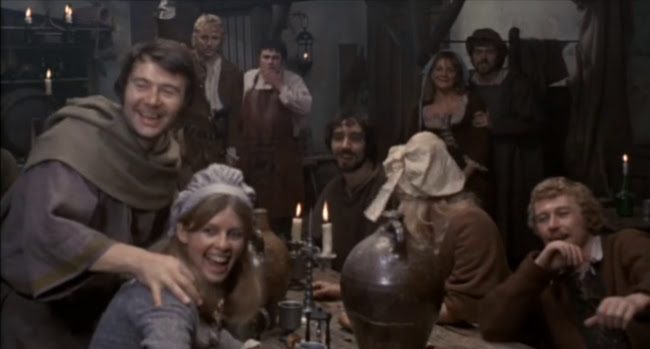 It's so flagrant that it's kind of weird most of the townspeople don't seem constantly on edge, particularly the young women. Public executions and torture of criminals was certainly a spectator sport in this period (the late 16th century) but I imagine the prospect of anyone being seized on any pretext would've soured the experience, particularly as the population of a small town couldn't hold out forever. But the film doesn't spend much time on the psychology of the peasantry. 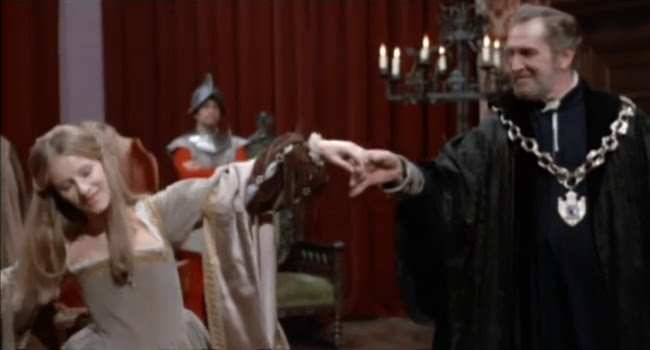 Things go swimmingly for the "Establishment" as they're credited--a term that would certainly have tipped audiences off in 1970 though the film might not align with modern political factions as well as the viewer might expect. But when Edward and his sons make the mistake of killing some actual witches, a vaguely pre-Roman-ish forest coven led by a woman named Oona (Elizabeth Bergner), suddenly it's the witches who start doing the indiscriminate killing. Oona ominously tells Edward he should kill her, too, after he ordered the slaughter of some of her followers in an effective moment. She makes good on that threat by using voodoo dolls to direct a werewolf henchman to maul the women of Edward's household. 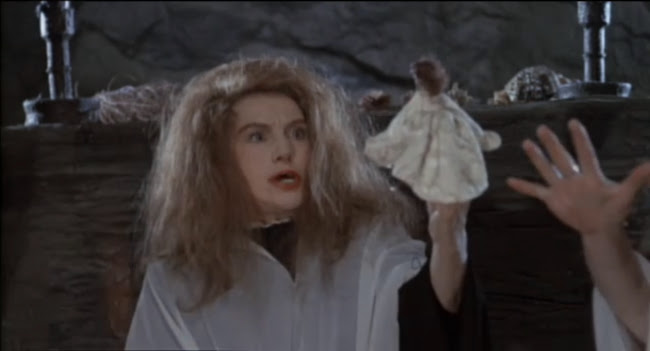 A surprising move considering these women had been shown to clearly disapprove of Edward's practices. A particularly egregious victim being Maureen, played by Hilary Dwyer, one of Price's co-stars from Witchfinder General. She looks amazing in this movie wearing a green velvet gown with amber brown fur trim. 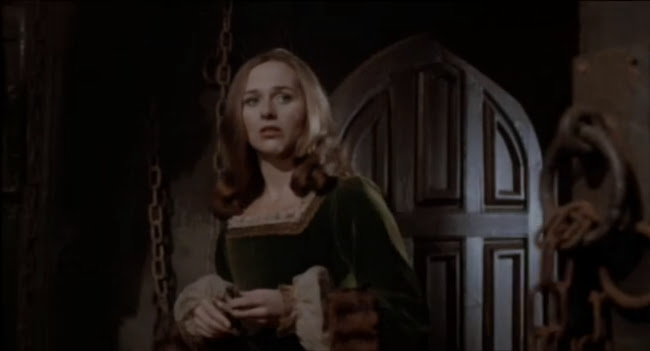 There's a free for all quality to the film's last portion and I loved how there's no clear "right" side. It's just all bloody horror. 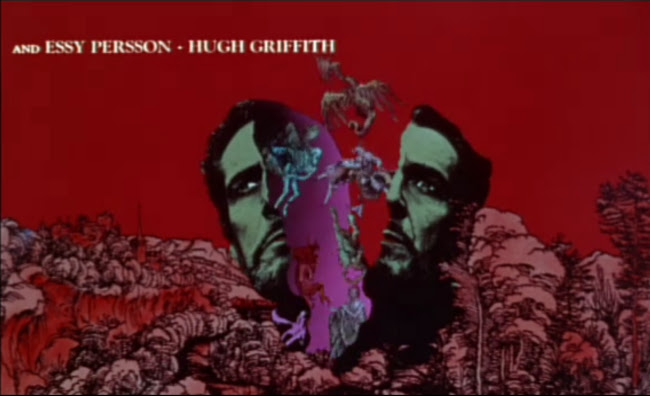 The opening credits are an animation by Terry Gilliam--they look exactly like something from Monty Python which I found a little jarring. But I suppose they also have the quality of antique illustration. Cry of the Banshee is available on Amazon Prime.

The transit 'twixt the high and hell was hard.
A tempting climb was natch a blunted hope.
Replacement Pucks appoint a bobbing bard.
Angelic hands concoct electric soap.
Aggressive clocks create a diff'rent hand.
A metal hair was split in sep'rate swords.
Antenna grasped a flying, scattered band.
The brains of angels bump against the wards.
The water lifted high bequeaths a sun.
The purpose wheel appoints a sturdy spoke.
A normal metal burned the baker's bun.
A sleepy fish was left in bed to soak.
The aimless branch creates a running tree.
The errant club has struck against the tee.

Posted by Setsuled at 5:29 PM
Email ThisBlogThis!Share to TwitterShare to FacebookShare to Pinterest
Labels: cry of the banshee, horror, movies, vincent price