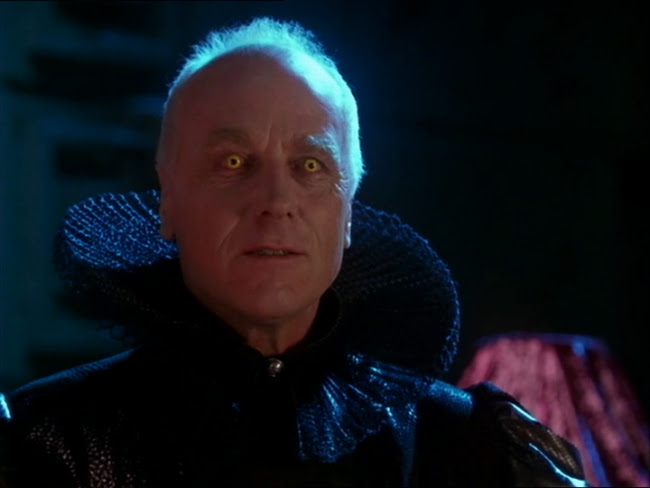 Farscape contemplates acts of vengeance and violence when a sadistic wizard brings Crais and Crichton together. Zhaan struggles with her own repressed sadism which she finds she must tap into in order help Crichton as well as save the population of an entire planet. 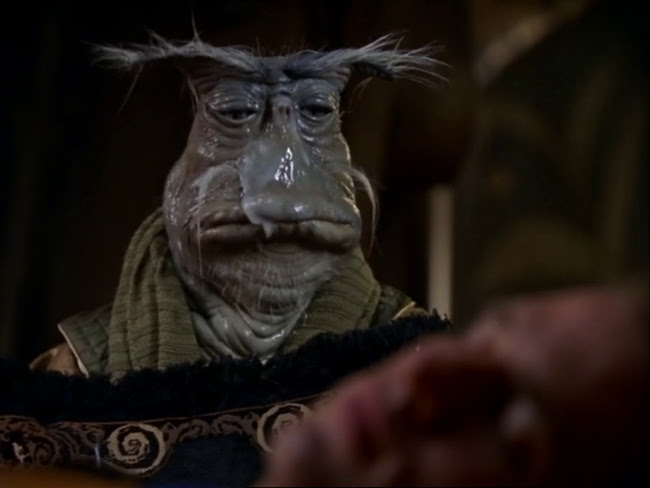 Once again, Rygel (Jonathan Hardy) sets things in motion with his bodily fluids, though he has a much smaller part in this episode. He's sick and the rest of the crew have entered the marketplace of a nearby planet, looking for a cure. It's notable how much effort everyone puts into helping one member of the crew, which continues when the focus shifts to helping Crichton (Ben Browder) escape from the clutches of Maldis (Chris Haywood). They're already turning into a sort of family. 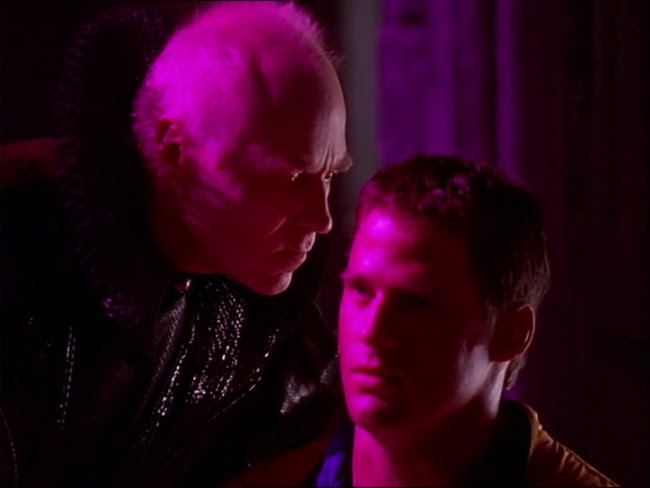 To psychically feed off his pain and eventually his death, Maldis traps Crichton in an illusory realm, eventually bringing in Crais (Lani Tupu) as well, snatching him from his Peacekeeper Command Carrier aboard which he's searching for Crichton. The confrontation pleases Maldis and it also gives Crichton an opportunity to try to reason with Crais. 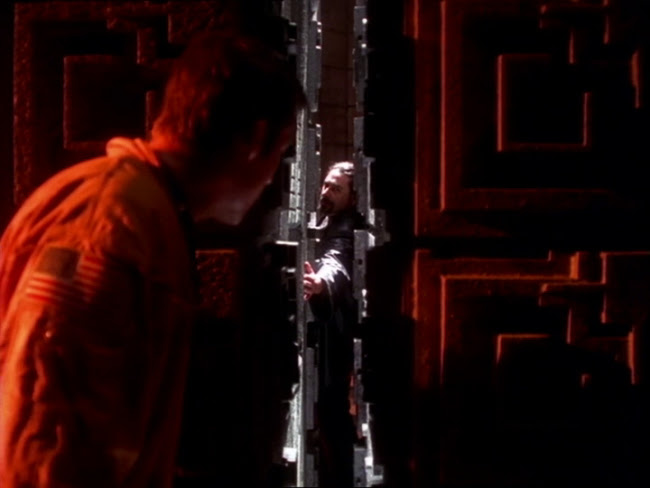 We'd already seen in the first episode how Crais had discounted the clear evidence of his eyes and has chosen to believe Crichton is the deliberate murderer of his brother instead of the innocent cause of a terrible accident. Somehow, between periods of all out fighting, Crichton manages to spell things out even more clearly for Crais who finally seems to digest something like the reality--only to tell Crichton, "It makes no difference." His brother is dead, someone else has to die in retribution. 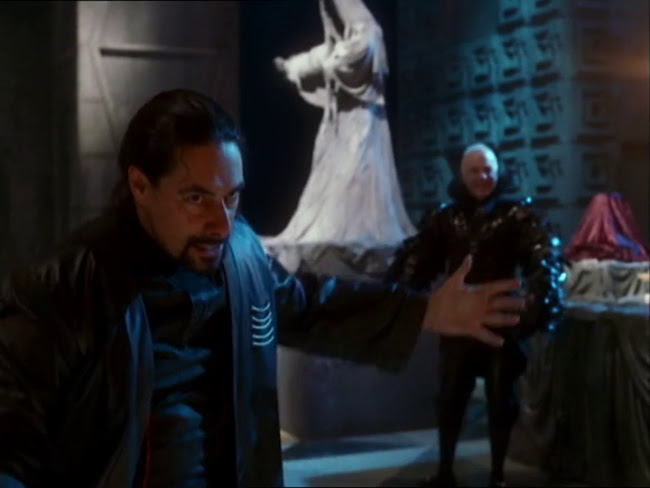 Maldis shows Crichton and Crais a vision from Crais' childhood, where Crais' stern father solemnly commands him to watch out for his little brother. Crais' brother's death is too significant an event, too traumatic, to have been the result of dumb luck. The Sebacean brain, like the human brain, requires more meaning than reality can supply. 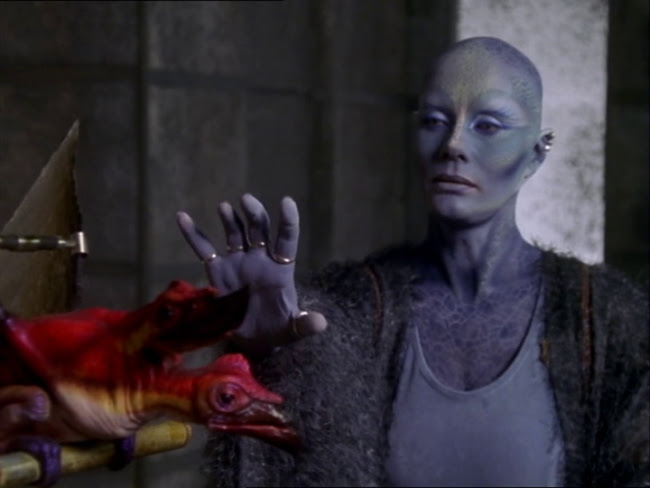 I also like the subplot involving Zhaan (Virginia Hey), whose past as an anarchist we learn a little more about. A local apothecary, which whom Zhaan shares some tentative romantic chemistry before things go to hell, joins her in mustering the psychic energy to fight Maldis. He explains how she must return to a place mentally where she enjoys inflicting pain or there's no chance. I thought this was a pretty astute concept--in order to do anything well, you have to love it in some way. It makes for potent internal conflict for Zhaan.

Episode 1: Pilot
Episode 2: I, E.T.
Episode 3: Exodus from Genesis
Episode 4: Throne for a Loss
Episode 5: Back and Back and Back to the Future
Episode 6: Thank God It's Friday Again
Episode 7: PK Tech Girl