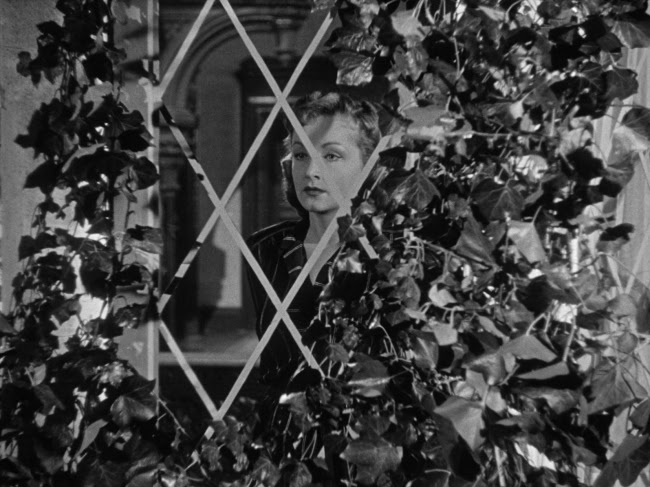 Sometimes, family and social coercion can pressure a woman to marry. Less often, she's kidnapped and forced to assume the identity of a dead woman as in 1945's My Name is Julia Ross. It's a fascinating and weird little gothic melodrama.

Julia (Nina Foch) is having trouble paying the rent while she looks for secretary work, a fact for which she takes some verbal abuse from the housemaid. So when the elderly Mrs. Hughes (Dame May Whitty) offers her a job as a live-in secretary, Julia doesn't even stop to consider how strange it is the woman wanted to make sure she had no friends or relations. 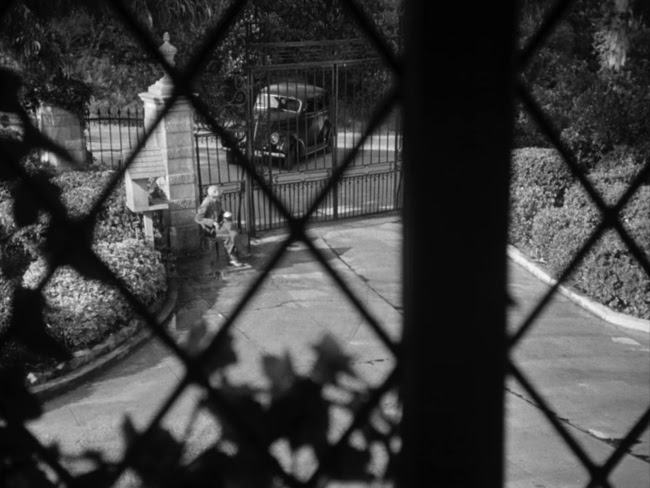 Before long, Julia's waking up in a lush mansion in Cornwall, everyone's calling her Marion, and everyone's acting like she's married to Mrs. Hughes' creepy son, Ralph (George Macready), who has an odd habit of clenching his jaw while involuntarily breaking nearby inanimate objects. 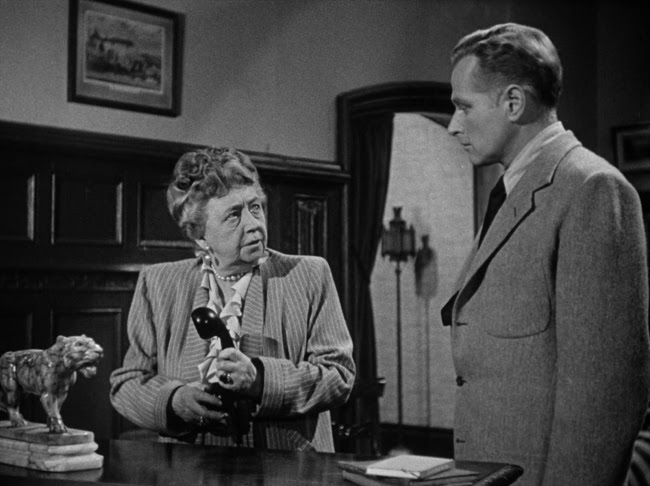 It doesn't take much to convince the servants or all the people of the nearby village that Julia really is Marion, despite her protests and pleadings. Fortunately, it turns out she does have a friend, a young man who's in love with her, back in London. She hadn't lied to Mrs. Hughes--at the time of her interview she thought Dennis (Roland Varno) had been married to another woman. But it turns out the other woman refused to go through with the ceremony when he kept accidentally calling her Julia. It seems not matching up Julia's name with her person is a pervasive problem. 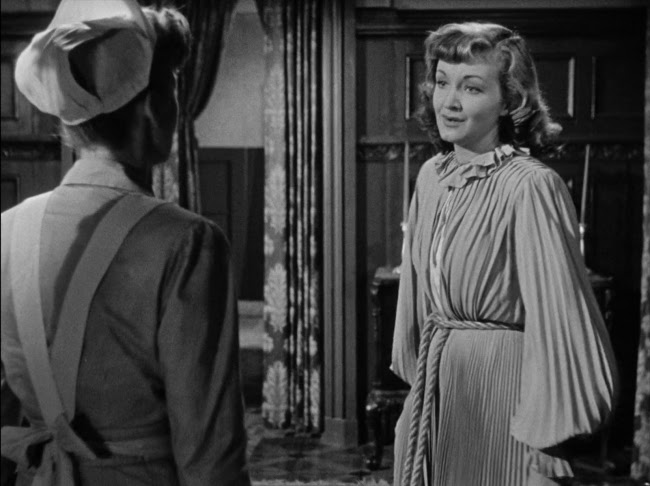 There's certainly a fascinating theme about dislocated identity and it's fun watching Julia trying to concoct schemes for escape. I do kind of feel like there should have been at least one moment, though, where she thought, "Hey, with a mansion and servants, maybe I could get used to being called Marion." Provided Ralph doesn't inadvertently snap her neck. My Name is Julia Ross is available on The Criterion Channel.

For empty lamps a hand acquires glass.
A metal makes the bulb an easy find.
Between the drakes and horses swim the bass.
Brunettes and blondes are really two in kind.
Recurring sudden absence wreaths the walk.
Escape was never had but looping runs.
The quiet living yet may hear them talk.
The fog is thick about the sinking suns.
A noodle stretches straight across the day.
The timer fell behind the silent stove.
A bike for rooks and knights'll make a way.
The pieces gathered 'cross the checkered grove.
A double bass removed the cherry pain.
Guitars on squeaky wheels pervade the lane.

Posted by Setsuled at 3:35 PM
Email ThisBlogThis!Share to TwitterShare to FacebookShare to Pinterest
Labels: melodrama, movies, my name is julia ross, psychological