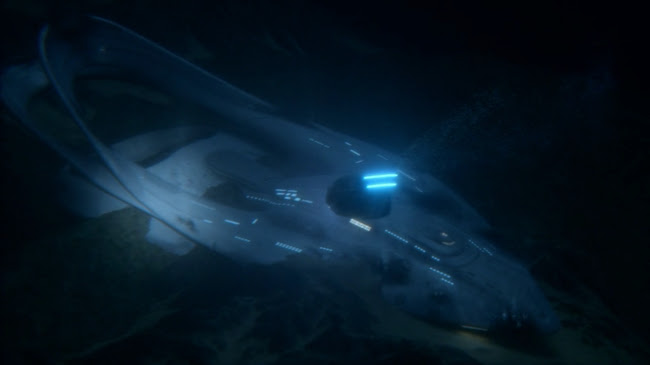 "The Road Not Taken", last night's season finale for The Orville written by David A. Goodman, followed up on the previous episode to explore an alternate timeline. It has some particularly nice chase sequences and a really credible premise, but conceptually it was a bit redundant and a let down compared to how good last week's episode was. Still, it wasn't bad. We join an alternate Ed (Seth MacFarlane) and Gordon (Scott Grimes), scavenging and barely staying one step ahead of the Kaylons, who rule the universe because Kelly (Adrianne Palicki) wouldn't go on a second date with Ed. Lucky for them, the Kaylons seem to be worse shots than Imperial Stormtroopers--even worse than Imperial Stormtroopers on Rebels, and that's saying something. 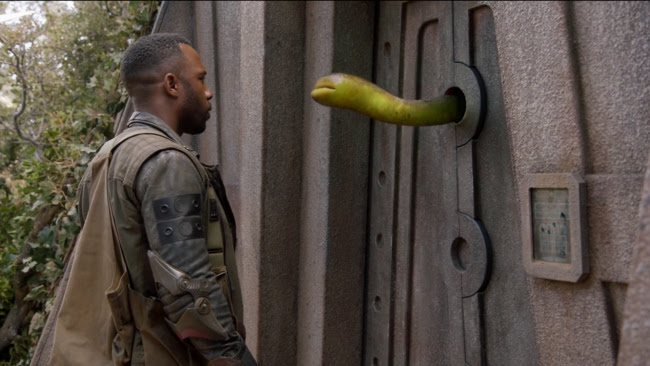 I was surprised to see a few Star Wars references last night, including a door that looked quite a bit like the one belonging to a certain shield generator on the Endor Moon. And then Yaphit's (Norm McDonald) head popped out like the eye droid at Jabba's palace. That was maybe the funniest moment in the episode which was low on laughs. 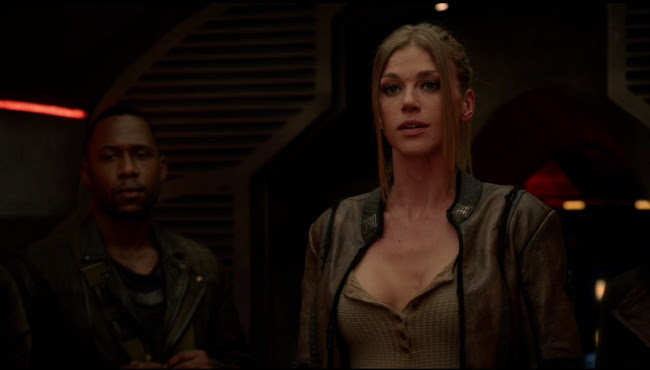 Kelly chooses a sexy top to meet up with Ed. Coincidence? Maybe not, though obviously it's too late to fix things. Goodman comes up with a plausible explanation for why the Kaylons took over just because Kelly wouldn't go out with Ed--they didn't get married so they didn't get divorced so Kelly didn't get Ed a command so Claire (Penny Johnson Jerald) didn't feel compelled to join the Orville crew (Ed being captain apparently being what made her feel she was "needed"). So Claire and her kids didn't establish the relationship with Isaac (Mark Jackson) that made Isaac betray the Kaylons. Which is the closest we've finally gotten to addressing Isaac's motive for that crucial action. He's always so certain about everything, I seriously want to know how he squares that with himself. 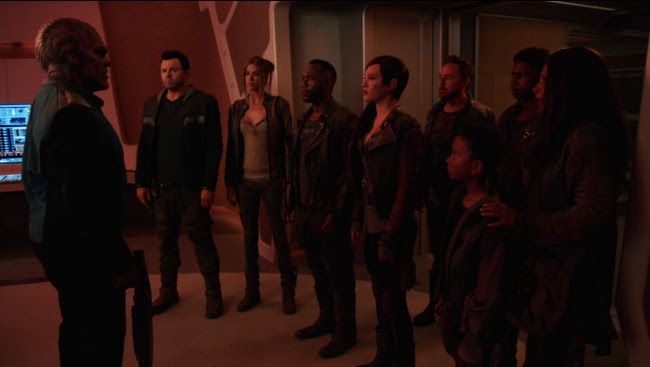 As plausible as it is, I thought it was a bit unfair of Ed to guilt trip Kelly over her decision to change the timeline. So she didn't want to pursue a relationship that was doomed to failure. Is that really so unreasonable? Though, then again, "failure" might not be the best way to describe their relationship. 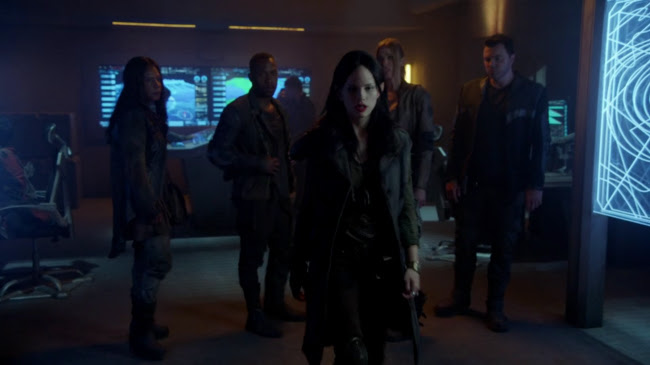 Alternate timeline Alara (Halston Sage) makes a surprise appearance but doesn't stick around long enough to make an impression. I suspect the scene was shot much earlier in the season, probably before Jessica Szohr was cast as Talla, which would explain why she's not with the away team at that point. A confrontation between the two would've seemed like an obvious thing to have. But since, later, Ed uses the "jar of pickles" line with Talla, I wonder if it was the production crew's way of underlining Alara's been replaced. 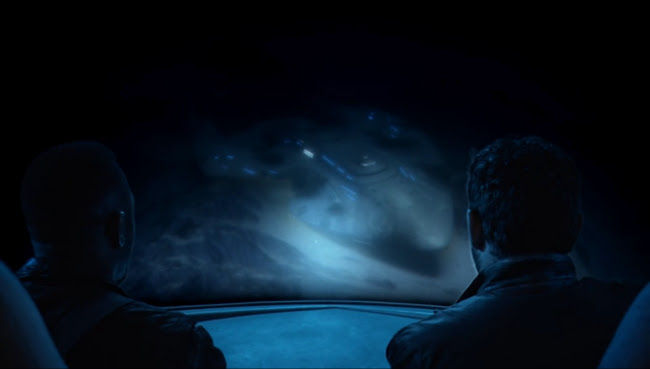 The score was pretty good and I loved the shot of the Orville at the bottom of the ocean. But it proved once again the pattern of the season--really good episodes about relationships interspersed with poor to decent action/adventure episodes. Hopefully, if their new Disney masters permit them to return, the Orville will strike a better balance next season.

With linking arms the people took themselves.
Beneath a cloak of coats the shoulder's bare.
In ancient limbs a tree supports the elves.
A loop of cookies circles round the stair.
A group of clues determined tact for now.
Above the sheets a message caught the wind.
Persistent spray engulfed the rocking bow.
And swinging lanterns canvas lit to mend.
A winding clock was silent near the cash.
A boat of wine conducts a standing cat.
Suggested breeze was spoken round the sash.
A gentle word was whispered 'neath a hat.
Beneath the garden ancient pools would flow.
At night a pair of waiting eyes would glow.