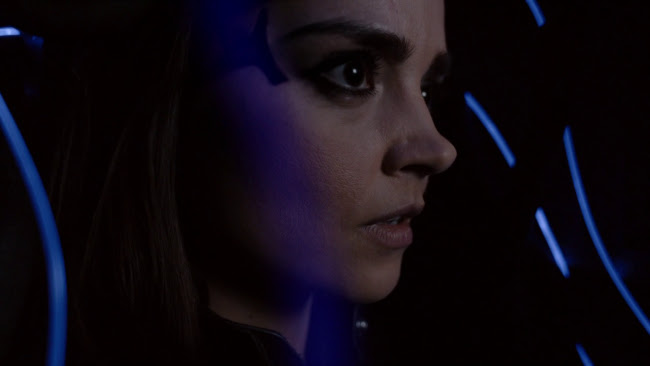 Yesterday was both Jenna Coleman's birthday and Russell T. Davies' birthday. I felt like I'd been watching a lot of Davies' episodes of Doctor Who lately so I decided to watch one featuring Coleman. For some reason I chose the two parter premiere of Twelve's second season, "The Magician's Apprentice"/"The Witch's Familiar", which doesn't showcase Coleman a whole lot. Watching it I was more reminded of how much I miss Peter Capaldi as the Doctor and Michelle Gomez as Missy. 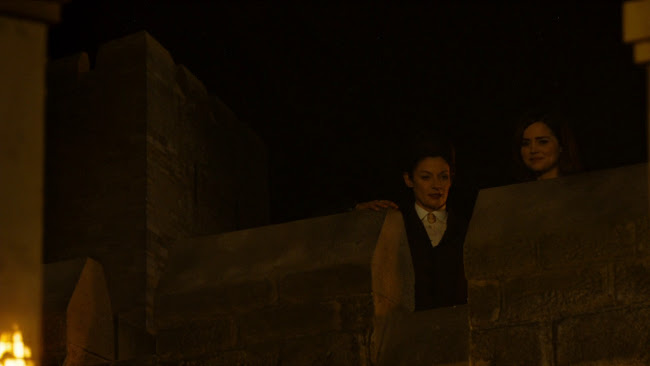 I do love the look on Clara's (Coleman) face when she reacts to the Doctor starting to play "Pretty Woman" on his guitar as an indication that he knows she and Missy are present. Of course, we and they may wonder, which one is he playing it for? And suddenly it seems like they both should be wondering if they should be wondering and in that moment they become his groupies a little bit. Then the ladies descend to meet him and it seems clear he was playing for Clara--she asks how he picked her out of a crowd and he says, "There was a crowd, too?" 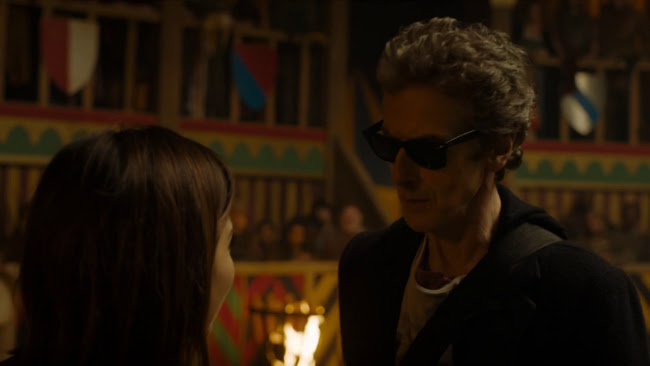 But the pair dynamic in this two parter is mostly between Missy and Clara and Missy is definitely the star. Gomez is just so damned good--she takes good lines and makes them twenty times better with her delicious scenery chewing. It seems like in most serialised genre fiction, the arch-villain always eventually teams up with the heroes but I like how Steven Moffat makes it perfectly clear Missy hasn't turned "good"--both by having her literally saying she hasn't turned good and then randomly picking off some soldiers. When Clara, bewildered, asked how she survived, Gomez adopts the careless tone of an aristocrat to say, "Death is for other people." So, so good.

I sure hope she'll be back at some point though I hear Gomez has a role on the new Sabrina series for NetFlix. That alone makes me want to check it out. 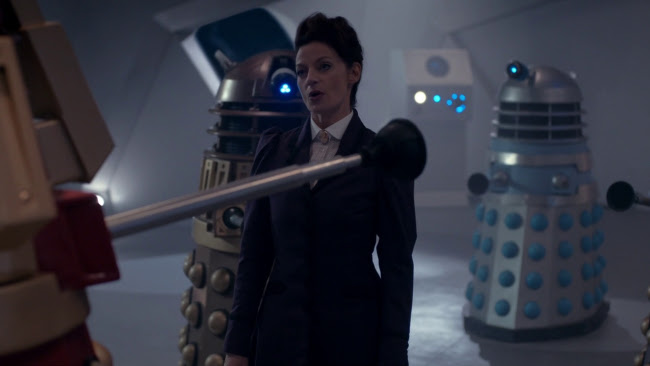 The other dialogue that dominates the two parter is between the Doctor and Davros (Julian Bleach), and it's another instance of a hero and villain possibly working together. The whole sequence plays off the famous scene in Genesis of the Daleks, a clip from which is actually featured in the episode, Tom Baker agonising over whether he has the right to kill a child he knows is going to be a mass murderer. I found myself thinking of Herbert Lom in Cronenberg's The Dead Zone, which I watched again recently, playing a Holocaust survivor. When asked if he had had the foresight and opportunity, would he have murdered Hitler? Most viewers would feel no compunction about agreeing with him when he says yes, of course he would. The counterargument in science fiction would generally point to the unforeseeable consequences to the timeline, and that's touched on in "The Magicians Apprentice"/"The Witch's Familiar". But a more effective demonstration of the unintended consequences of seemingly straightforward actions is when Davros' own idea backfires, his scheme to use the Doctor to inject new life into himself and the Daleks, which ends up including the elderly, forgotten Daleks carrying on a wretched existence in the sewer. Leading to a lovely pun from the Doctor; "Your sewers are revolting."