A Mile in Someone Else's Brain 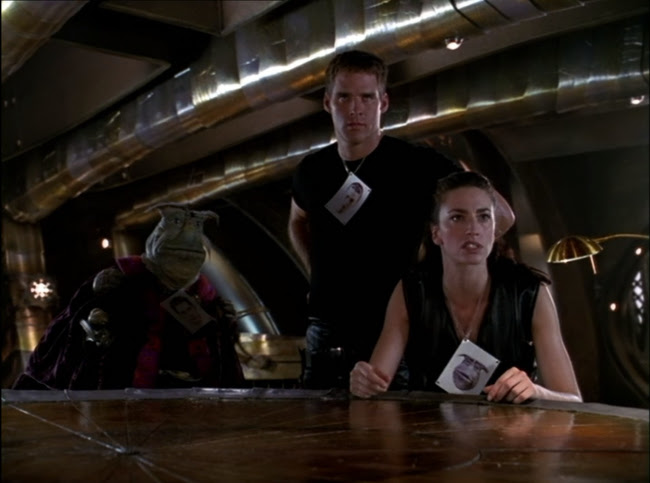 It's one of those perennial hazards of a sci-fi world--getting your brain switched with someone else's. On Farscape, it's just one more weird problem on a whole pile of weird problems. 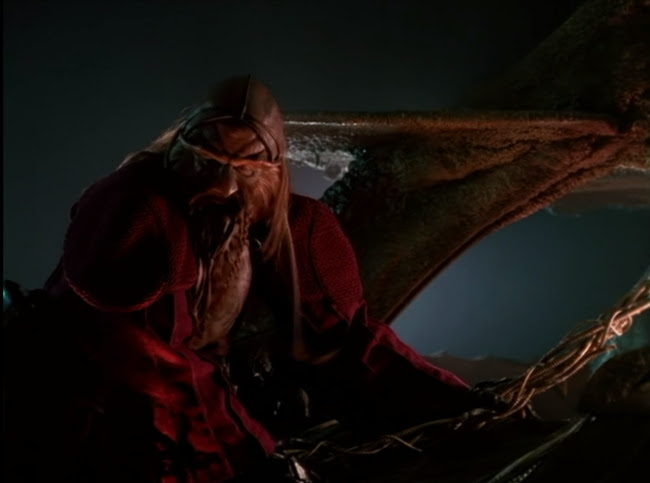 While Zhaan (Virginia Hey) is aboard a hostile ship, dealing with some aliens who suspiciously resemble Skeksis from Dark Crystal, the rest of Moya's crew are scrambling to get the ship's scavenged defence screen up and running. When the Skeksis fire on Moya, the combination of energy from the hostile shot and the defence screen at 62% power results in everyone aboard Moya turning up in someone else's body. 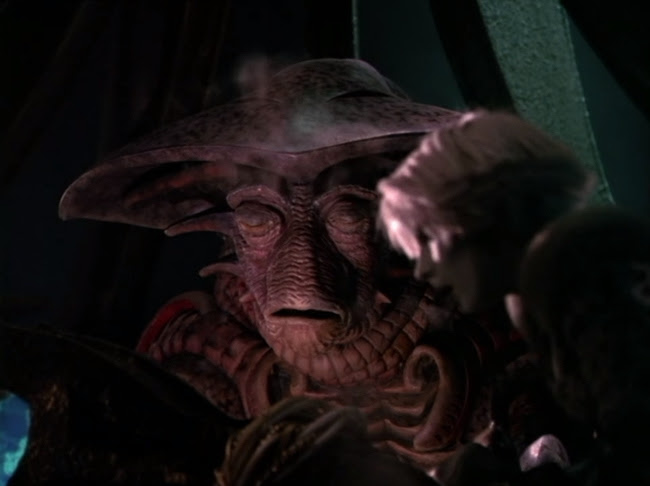 There's something kind of sweet about Pilot in the body of Chiana (Gigi Edgley) patiently and sadly explaining to D'Argo in the body of Pilot (Lani Tupu) how to communicate with Moya. And Rygel in the body of Crichton (Ben Browder) is hilarious but I think the prize for acting versatility has to go to Claudia Black. 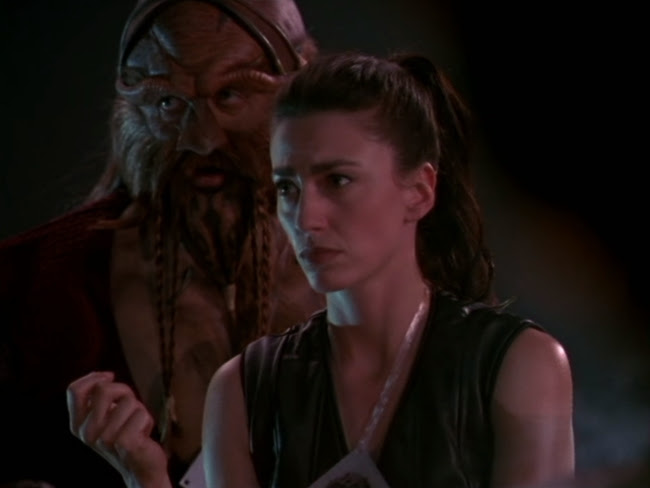 She never quite gets Crichton's American accent but her incredulous reaction when Chiana (Anthony Simcoe) and Aeryn (Jonathan Hardy) catch Crichton in Aeryn's body playing with said body is priceless. "I'm a guy. A guy. Guys dream about this sort of thing." Of course, women may as well--as Crichton suspects and is later confirmed, Chiana has been up to similar hijinks in D'Argo's body. A smirking comment from Aeryn at the end of the episode leaves the impression that a whole lot of sex occurred after the episode's close. 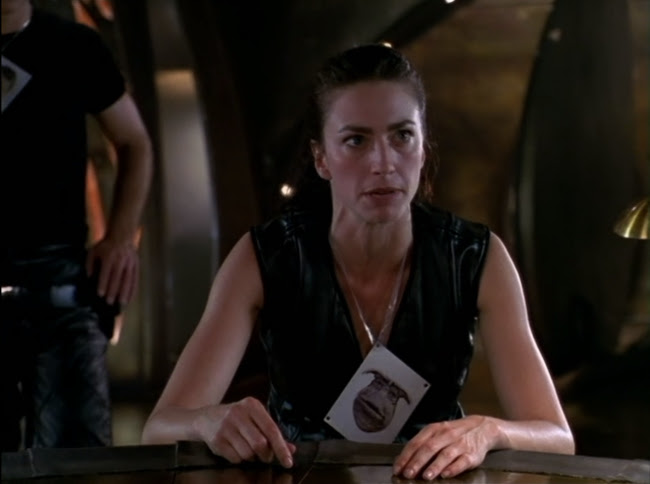 Black is also exceptional as Rygel when everyone's places are scrambled again later in the episode. Something about her big eyes, I think, helps convey his attitude. Though it's hard to top Rygel finding the need to urinate in Crichton's body and then, later, when finding a Skeksi he's leading around the ship suddenly needs to puke, saying grandly, "That's all right, we do that sort of thing all the time here on Moya. I just peed in the maintenance bay."

One thing the episode makes clear about the crew dynamics is that, despite the basic idea of there being no captain, by this point everyone seems instinctively to regard Crichton as being in charge. When a Skeksi comes aboard, everyone assumes he's going to want to talk to Crichton--when Zhaan needs information at the end of the episode, she won't listen to Crichton in Rygel's body, she'll only trust Aeryn in Crichton's body. Something Rygel remarks on with no small bitterness.