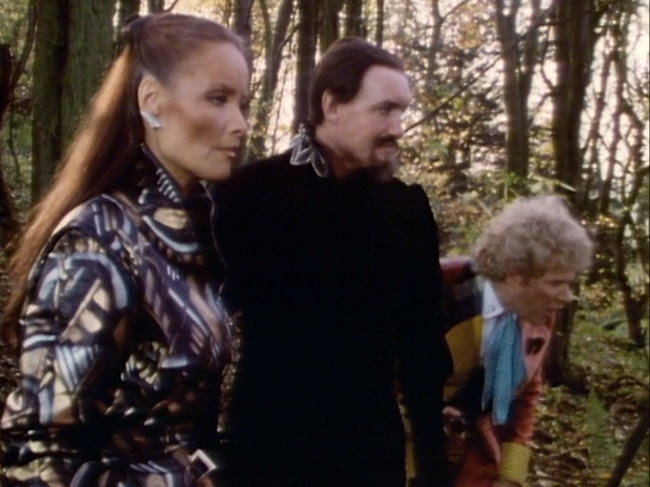 Yesterday was Kate O'Mara's birthday, to-day is Ron Grainer's birthday, and to-morrow will be John Nathan-Turner's birthday. So it seemed like a good time to watch Mark of the Rani, the 1985 Doctor Who serial produced by John Nathan-Turner, starring Kate O'Mara as The Rani, and with theme music composed, like every episode of Doctor Who, by Ron Grainer. One of the better stories of the Sixth Doctor's notorious tenure, it benefits from museum locations that had worked to recreate the early Industrial Revolution northern England long before Doctor Who showed up. And the rivalrous relationship between the Rani and the Master easily outshines anything the Doctor and Peri are up to.

I like how all the mine workers use "thees" and "thous" like characters from Dickens' Hard Times. It's pretty rare for Doctor Who to pay so much attention to dialect. Half of these workers are zombies, robbed of the ability to sleep and therefore rendered susceptible to hypnotic suggestion by the Rani (O'Mara) whom we first meet masquerading as an old woman running a bathhouse. 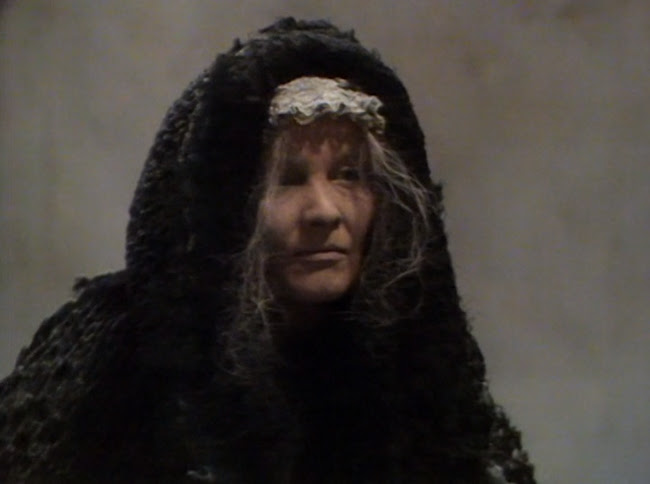 Also in town is George Stephenson, the real life 19th century engineer and pioneer of rail transport--here played by Gawn Grainger. The Doctor (Colin Baker) is excited to meet him but is continually waylaid by the Rani's servants, who are taken to be Luddites--since they aren't really Luddites the show sadly sidesteps an issue with great story potential. 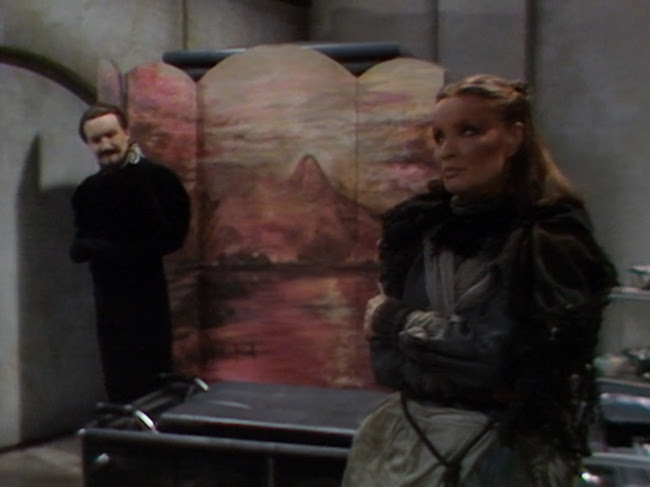 But when the Master (Anthony Ainley) turns up, his first appearance in the Sixth Doctor era, he and the Rani have a wicked snootiness competition that nicely dominates the serial. We learn that the Rani, a Time Lady, has been expelled from Gallifrey partially for being a Mengele-ish, psychopathic experimental scientist, and partially for creating a mutant mouse that attempted to eat the Lord President's cat. O'Mara's performance, as she matches Ainley arched eyebrow for arched eyebrow, remains effective even in the second episode's climax where her plan is to turn people into trees using special land mines. 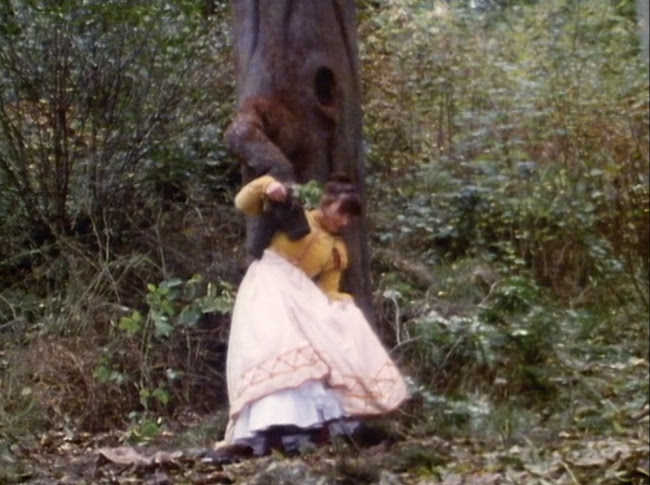 When one of these new trees grabs Peri (Nicola Bryant) I half expected it to say, "How'd you like it if someone picked an apple off of you!?" It's not the most convincing tree costume I've ever seen, I must say. 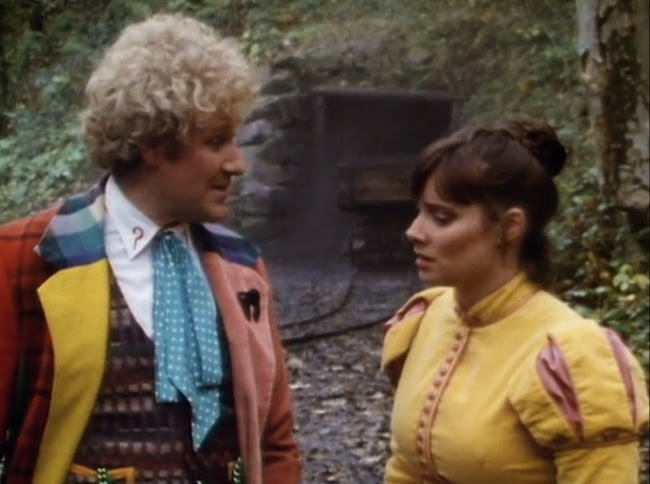 This may be the most conservative costume Peri ever wears though why she's wearing it isn't quite explained. I think there's some mention of how the TARDIS was supposed to materialise in the 16th century but I'm not sure that blouse belongs in any time period except maybe in a waffle house in the 80s.