A Temporary Place to Grow Old 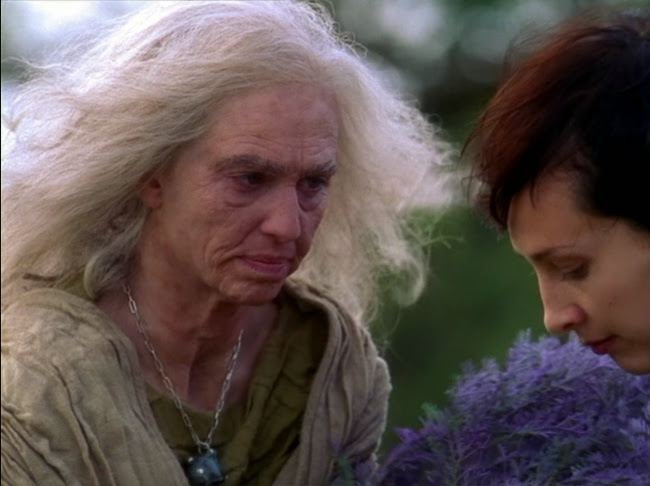 One of the common pitfalls of living in a Science Fiction world is you might wind up ageing at a vastly different rate to your friends and loved ones. In Farscape, this happens to Aeryn and Crichton, the culprit being some kind of yellow nebula Moya wanders into. 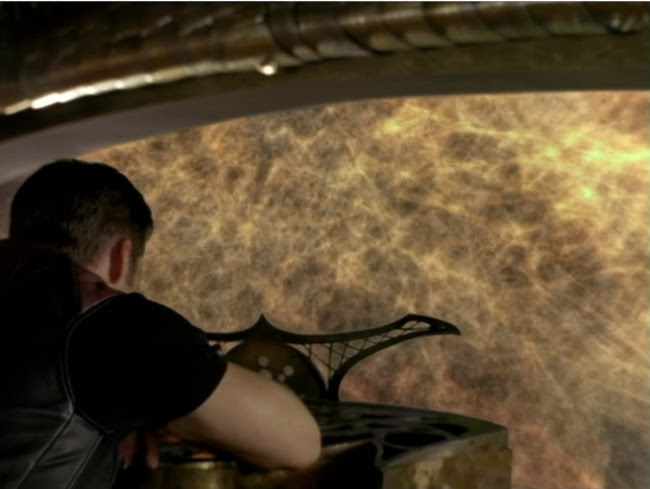 This is primarily an episode about romantic relationships--obviously Aeryn (Claudia Black) and Crichton (Ben Browder) but time is also spared in the subplots for Chiana (Gigi Edgley) and D'Argo (Anthony Simcoe) as well as Zhaan (Virginia Hey) and Stark (Paul Goddard). 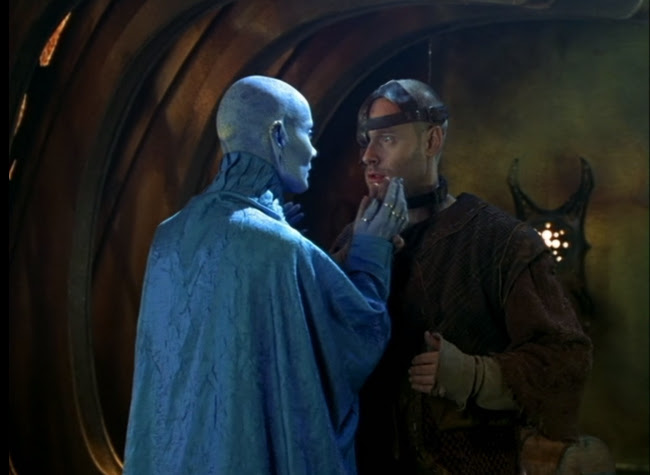 Yes, sixteen episodes into the second season, we finally see Stark again, acting much saner, after his abrupt, inexplicable absence after the escape from the Gammak base at the end of season one (an unused part of the script explained he'd borrowed a transport pod). Now he's back just in time to help Zhaan sort out the crew's temporal troubles after Aeryn returns from a brief reconnaissance 160 cycles (years) older. 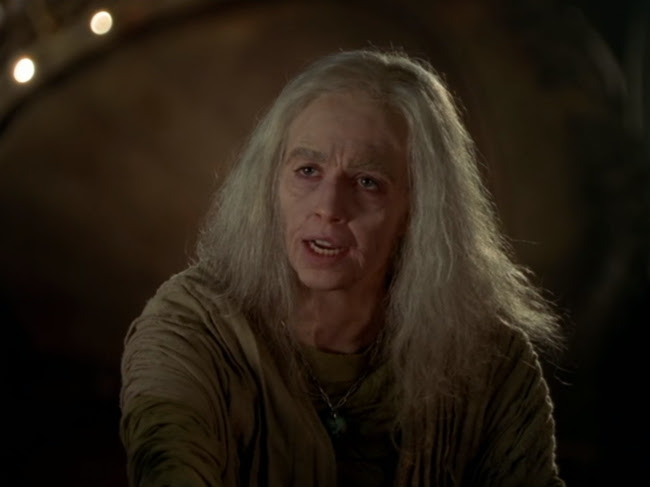 Which in Sebacean terms looks around 75. She offers no explanation but urges everyone to flee the nebula/mist before it's too late. When she passes out, Chiana and Rygel (Jonathan Hardy) take the time to see if Aeryn brought back any loot in the shuttle. 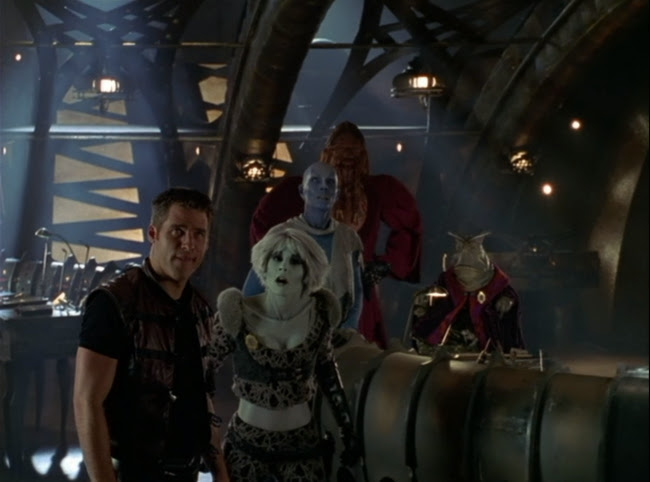 This leads to the first real relationship hurdle for D'Argo and Chiana as he finally puts his foot down over her thieving tendencies. The characters seem to realise for the first time that D'Argo's rigid sense of honour may clash with Chiana's naturally fugitive instincts and behaviour. 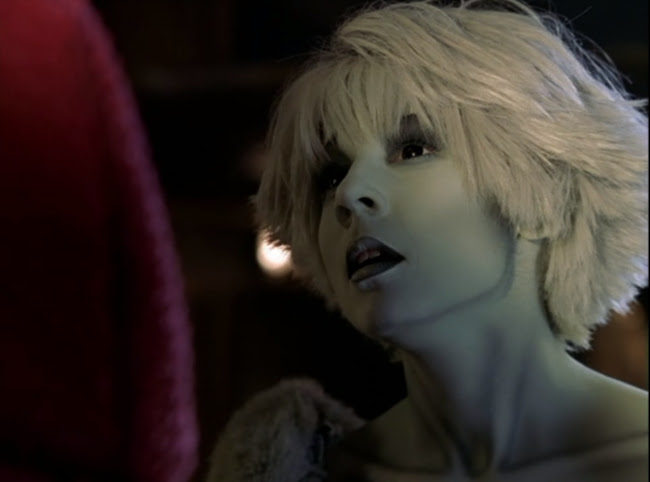 CHIANA: We're not gonna make it. Are we?

I feel worse for Chiana. One suspects there's been a lot more instability in her relationship history than in D'Argo's.

Meanwhile, when Crichton gets stuck behind the time distortion with Aeryn, the human and Sebacean couple find more stability than they could ever want. 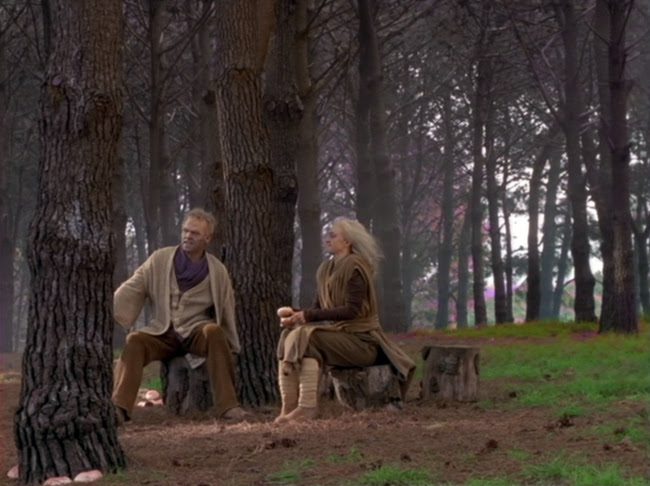 Once again, the perks of shooting the series in Australia are manifest with such a lovely, weird location, posing much easier as alien than any southern Californian desert ever did.

The obvious point of comparison for the episode is Star Trek: The Next Generation's "Inner Light", which packs much more of an emotional wallop, mainly because "The Locket" ends up playing for much lower stakes. But it's still a good, bittersweet bit of television.