When the Alien Attacks, Remember Sex 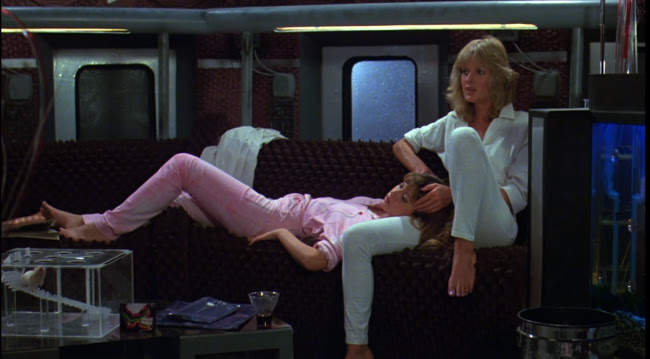 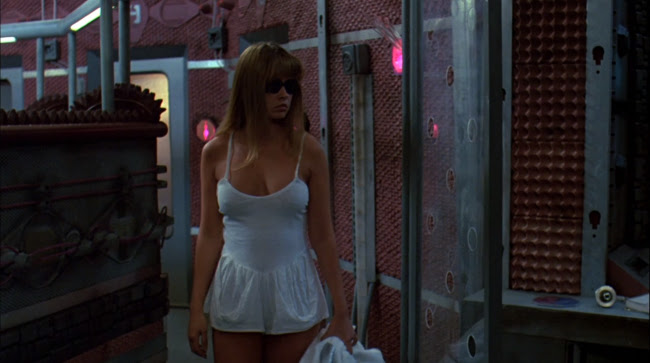 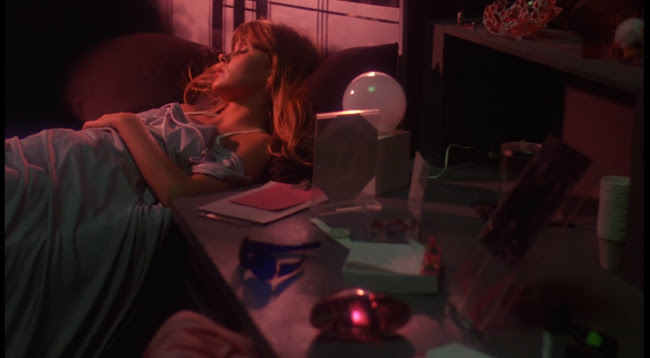 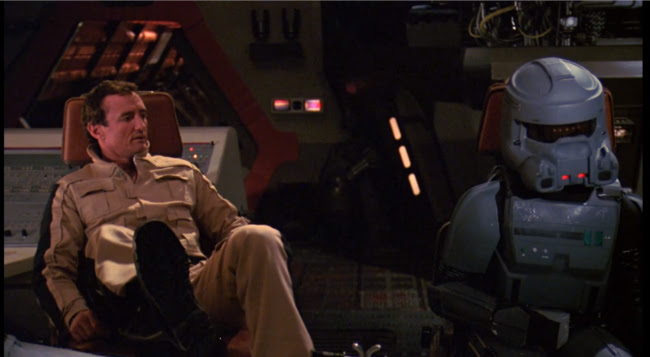 Once he gets to the station where genetic experiments are being carried out as part of an effort to battle a food crisis, the camera's attention tends to stay with Tracy or Barbara (June Chadwick) before sticking mainly with Tracy. Even when Mike and the others go outside to pursue the escaped alien-esque mutant, we're given over-the-shoulder shots of Tracy watching them through a monitor. 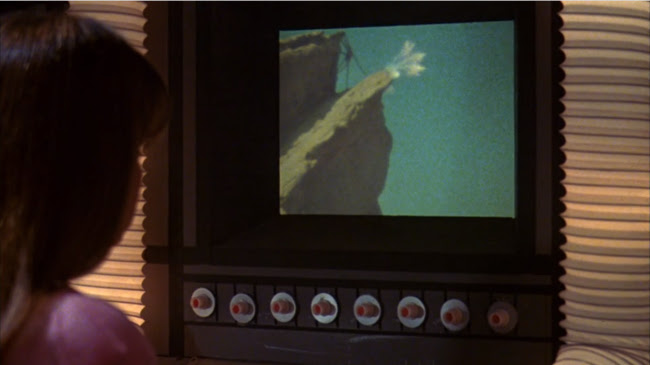 Hmm, that rock looks familiar. Watch out for Gorn!

The plot takes an ironic turn when it turns out the mutant menace is turning people into self-sustaining sacks of protein perfectly suitable for its digestion. Poetic justice for attempting to solve a food crisis? Something like that. I do like the look of the monster in its final form, which is something like a cross between the Xenomorph and the cover of Hitchhiker's Guide to the Galaxy. 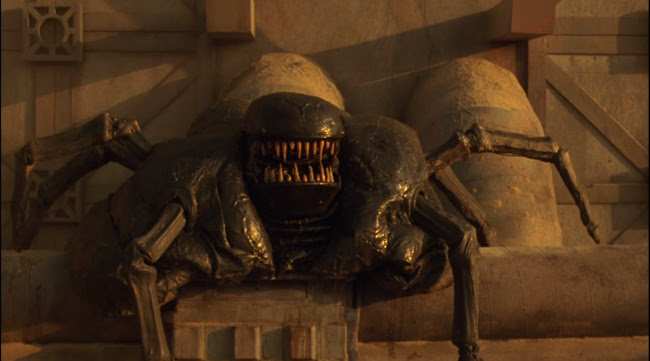 The production design is good and some of the effects are really cool. The first guy who's attacked after Mike shows up has a massive hole in his head when he's found (by Tracy, of course). The station medical doctor (Fox Harris) declares the man is somehow, incredibly, still alive. And he stays alive as his body slowly breaks down. This results in a really eerie shot of the mangled thing staring mutely at the doctor, subtly breathing. 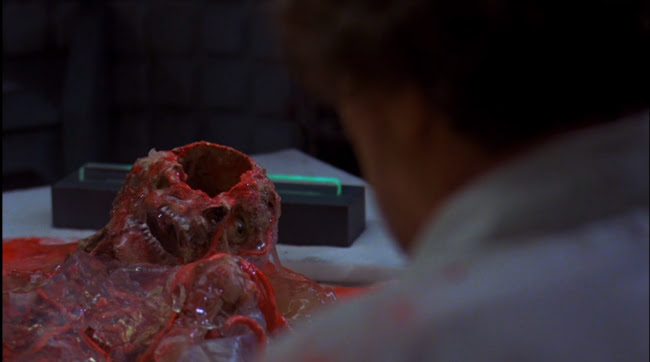 If it'd started talking like the Cryptkeeper it might've just been cheesy but the effect is subtle enough it works. But next to this we have naked Tracy in the sauna wearing sunglasses. 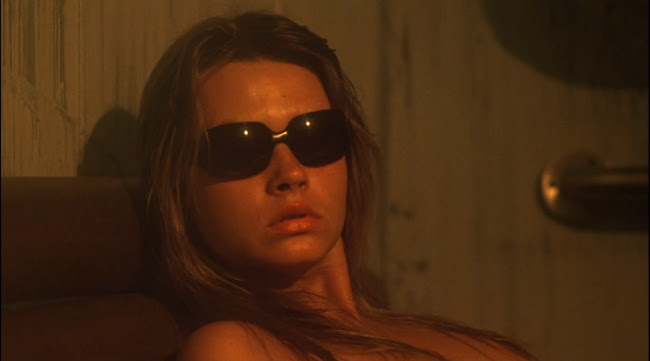 And I have to say, her attitude in these shots is kind of cool even if she mainly just completely does not fit in the film. Maybe if she looked a bit more like a scientist, a bit nerdier, if she came off as a little sharper instead of kind of like a big bunny. If part of her expertise were a combination of anthropological and genetic research into sexuality that somehow related to the station's experiments, maybe there could have been a harmonious, shall we say, intercourse between the film's sci-fi and pornographic elements. On the other hand, there is kind of a fun, Space Quest/They Live cheesy 80s vibe to the film. Maybe there just needed to be more wisecracks and hamburgers.