Strange Things in the Canals 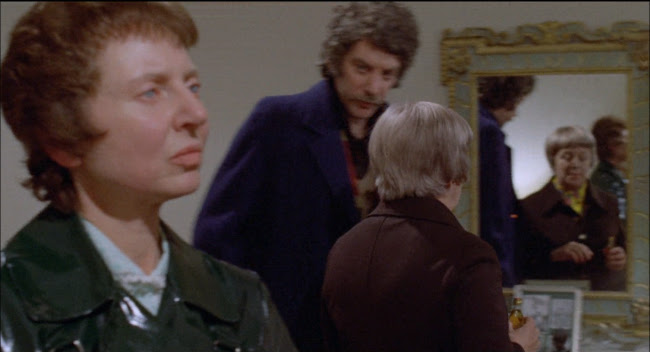 Memories and precognitions dovetail with present sensory experience in Nicholas Roeg's melancholy 1974 supernatural thriller, Don't Look Now. Roeg's experiments with film technique are eerily effective at capturing a sense of nature behaving in ways human thought can't comprehend even as it is intimately involved with them.

Donald Sutherland and Julie Christie play a married couple whose daughter drowns in a pond at the beginning of the film. John (Sutherland) and Laura (Christie) are busy inside when the accident occurs but John almost manages to get to their little girl in time because he mysteriously panics and runs out of the room to where the girl is without any discernible means of knowing her plight. 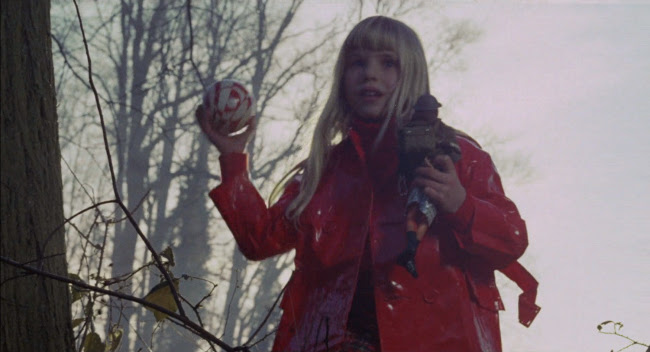 A jump cut brings us to Venice and John, smartly dressed and in good humour, overseeing the restoration of a church. Shot on location in Venice, Roeg utilises labyrinthine visuals of stone and shadow to great effect--and auditory sensation as well. A blind psychic woman named Heather (Hilary Mason) remarks on how the echoes in Venice are distinctly different depending on how close one is to the canals, and we can hear this as she and John walk through darkness between stone buildings. 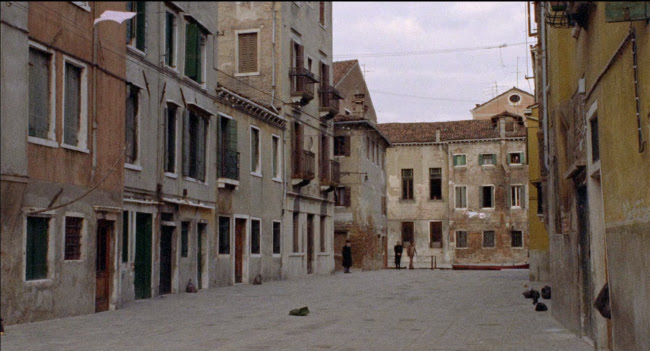 Mostly it's Laura who is interested in the psychic, though. Laura meets the blind woman in a restaurant when she helps Heather into the restroom. Laura's shocked when Heather starts talking about seeing Laura and John's daughter. 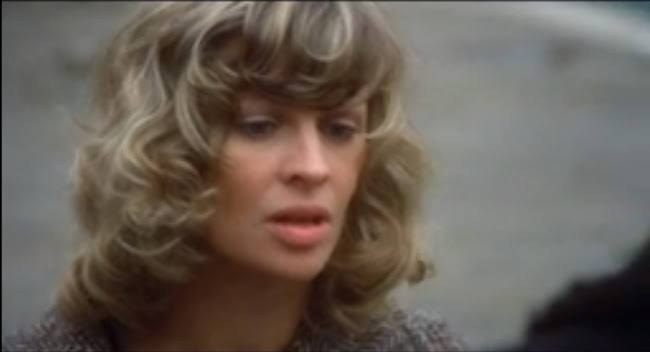 Laura is excited to have something in place of the terrible void left by their daughter's absence but John, like many movie husbands in this kind of situation, is sceptical and worried his wife is being scammed. His worries are compounded by the fact that there's a serial killer on the loose. In one memorable scene, he watches among a crowd as a woman's body is being pulled out of the canal--he frowns when nearby children laugh because the corpse is pulled out feet first, showing the dead woman's underwear. 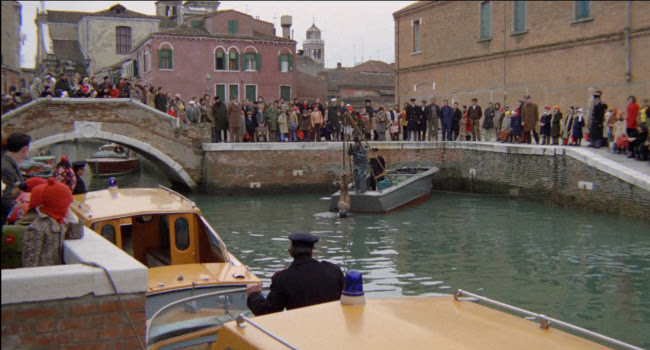 In an earlier scene, a maid in his hotel walked in while he was sitting naked at his drafting table. Eroticism is an important part of the film but there's also a recurrent, kind of brutal absurdity in the human body being accidentally revealed in a way on one level comical and on another terribly humiliating. When John's talking to a priest, there's a random poster of Charlie Chaplin in the background showing his ass. 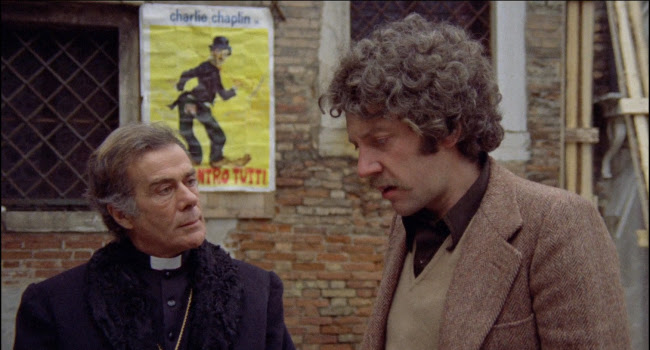 This comes right after a brilliantly suspenseful scene where John is nearly killed when scaffolding he's standing on inside the church is broken by a timber that falls silently from above. It altogether creates a sense of a cold, hazardous universe that is unconcerned or maybe hostile to the poor humans that inhabit it.

But there's more than randomness to John's behaviour. He repeatedly glimpses a small figure wearing a red coat like the one his daughter wore--Heather says John is also psychic, explaining his premonition at the beginning of the film. But does this account for some strange, compulsive behaviour on his part in the film's cruel and brilliant climax? When he pursues the red coated figure, why does he lock a gate behind him? Why does he speak to the figure in Italian? 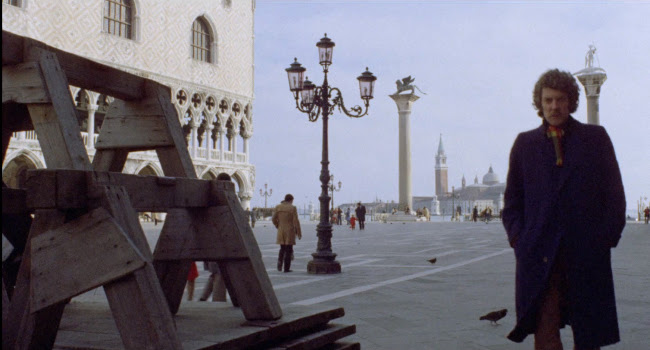 There's an undeniable emotional, dreamlike sense in the events depicted by the film. There's a real sense of grief and that grief somehow fuelling a supernatural trap of some kind, drawing John in. Don't Look Now is available on The Criterion Channel until August 31.