Minds for the Robots 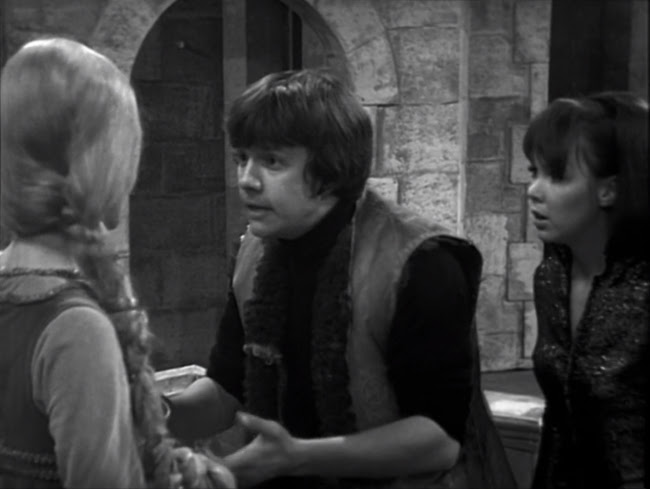 I love how Jamie just accepts the woman with the long hair he's just climbed is a princess and immediately starts calling her "Your Highness". In fact it's Rapunzel, one of several fictional characters depicted in the classic 1968 Doctor Who serial The Mind Robber. Usually my favourite part of the serial is the first episode, which I've just read was cobbled together by the production staff with little or no input from writer Peter Ling when the serial was changed from a four part to a five part. This makes sense given the completely different tone of the first episode, in which the TARDIS is forced to materialise in a void in which Jamie and Zoe are seduced into going outside the TARDIS by visions of their homes. 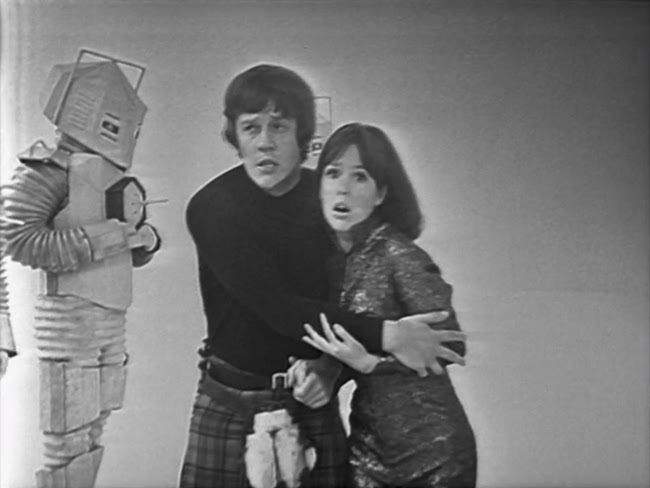 It feels much more like horror than the rest of the serial which is set in The Land of Fiction and has a more whimsical tone. I love the scene where the Doctor (Patrick Troughton) comes across Jamie (Frazer Hines) turned into a cardboard cutout with a blank face and is forced to reassemble his face using fragments of photos--only he gets it wrong and another actor, Hamish Wilson, plays Jamie for two episodes. 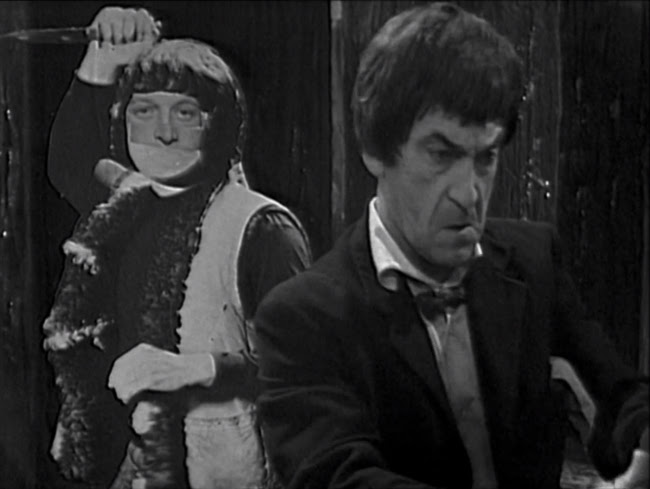 This was an admirably creative decision to deal with Hines being unable to work due to illness. It incidentally also ties into themes later in the episode which, on reflection, have kind of an anti-Communist quality. It turns out the ruler of the Land of Fiction, called the Master (Emrys Jones)--not the Doctor's arch-nemesis, who was a couple years from being introduced--isn't really as in control as he seems. Instead, he's himself enslaved to a curious machine that looks like a cloud of frozen octopuses in a transparent globe. 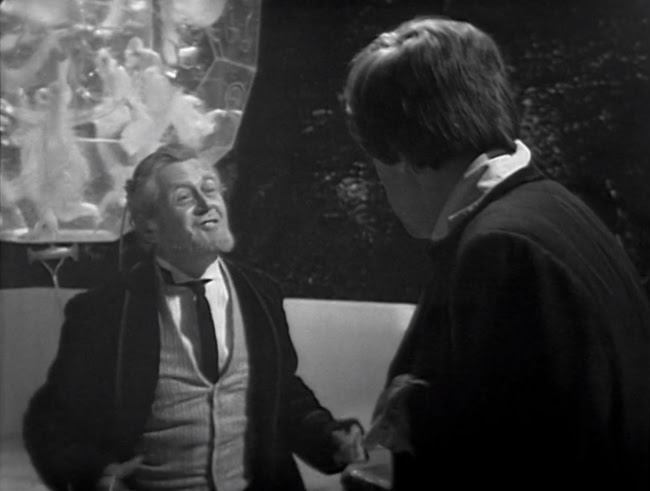 MASTER: Resistance is useless! Submit your will for the sake of the greater good! It has been decided!

DOCTOR: I refuse! I shall make that decision for myself!

The passive mood in "It has been decided!" is telling. Actions are occurring without attribution to any intelligence or force putting them into motion. Why does the dialogue start focusing on the loss of individual action? Earlier, when the Doctor and Zoe (Wendy Padbury) are attacked by Medusa, Jamie reads their story before it happens, he sees it in the form of printed text spooling out of a machine. 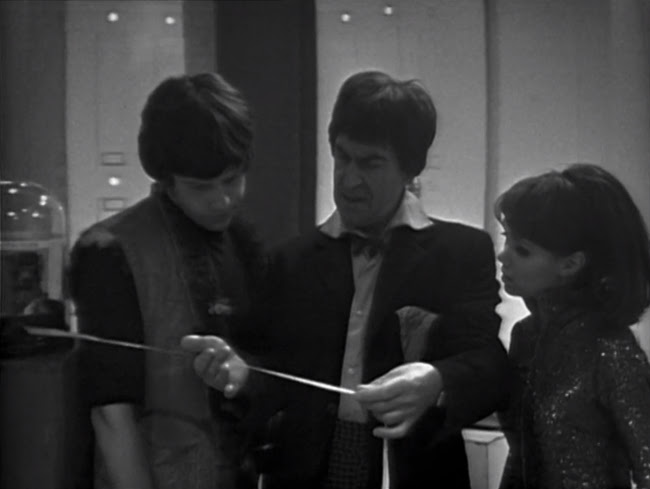 THE DOCTOR: Well, when somebody writes about an incident after it's happened, that is history . . . but when the writing comes first, that's fiction. 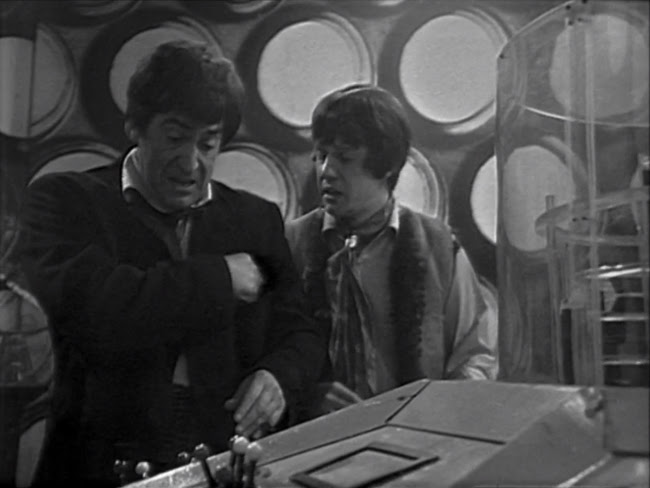 Of course, the Doctor, Zoe, and Jamie are all fictional characters but the episode never gets that meta, unless it's true Peter Ling was shut out of the first episode a bit, in which case I guess the characters did attain some liberty from their writer. 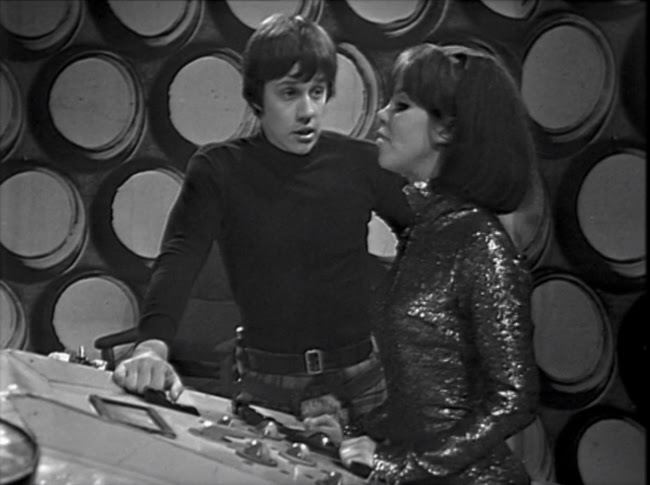 The idea seems to be an examination of the mechanisms behind social engineering and propaganda while removing explicit references to those things. The Master invokes the "greater good" which, vaguely, seems to be making sure the machine's fed power by human minds. It's kind of appropriate, though, for the further things go into abstract theory the less connexion they have to real life.