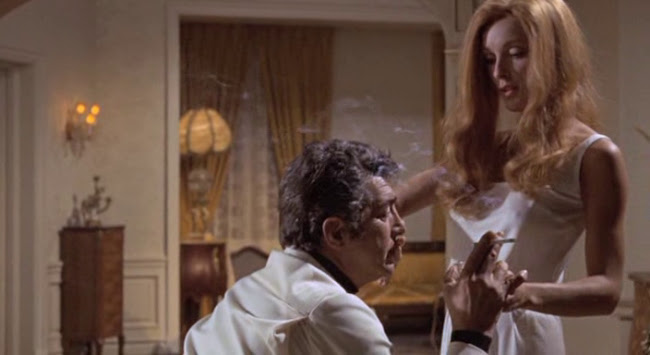 James Bond could've taken life a whole lot easier and Dean Martin shows how in 1969's The Wrecking Crew. The last in a series of four films in which Martin played Matt Helm, a sort of international government assassin, it's an adventure film in the James Bond mould with a little more comedy thrown in. Director Phil Karlson creates some exciting energy in the action sequences and there's some wonderfully campy production design but the film's showcase is Martin's chemistry with several beautiful women, particularly with a bumbling agent played by Sharon Tate. 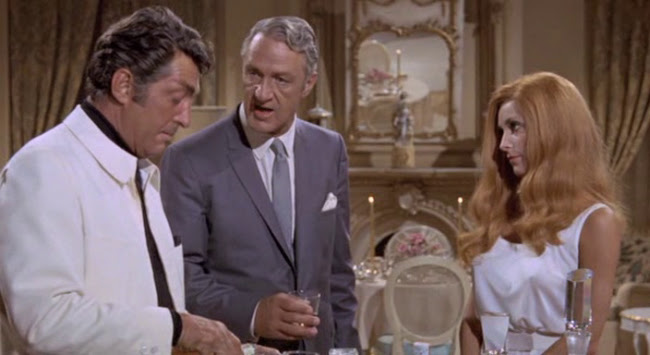 We meet Matt Helm (Martin) already surrounded by gorgeous ladies wearing a variety of bizarre bikinis. What is the kink that necessitated one woman to wear a telephone, its base sewn to her bottom and its receiver sewn to her top? "Wait, my phone's off the hook," says Matt as a car drives him away to his next assignment. 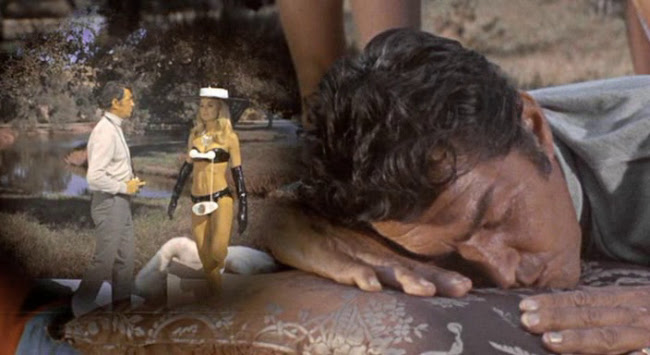 Martin's famous booze fuelled, dry improvisational comedy he perfected on stage here aligns well enough with some conventional spy movie moments. My favourite was a bit where steel doors suddenly come down over one exit after another as he tries to leave. When one door doesn't close right away, he politely stands and waves his hand at it--when it finally closes he gives it the "okay" gesture. 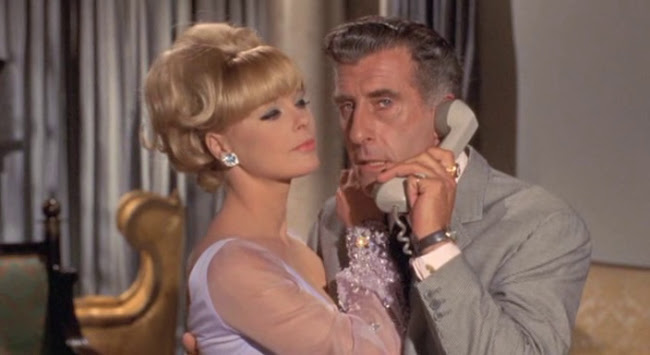 The villain is Count Contini (Nigel Green) whose plan is simply to steal a whole lot of gold in weird, complicated ways. He's assisted by Elke Sommer, Nancy Kwan, and Tina Louise, all beautiful and devious women. Though Louise's scene mainly consists of her trying on various outfits while Martin works the lights. 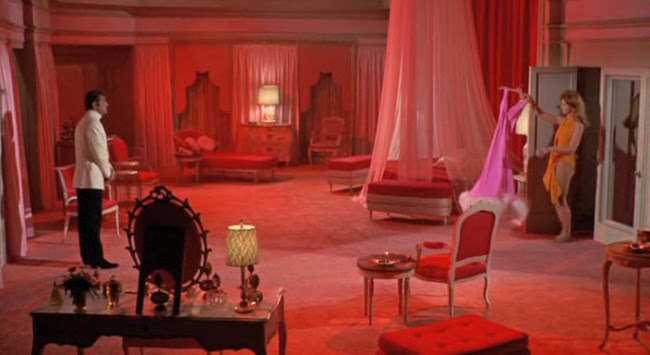 It's kind of sexy, I guess.

Sharon Tate plays Freya, a guide assigned by the Danish tourism bureau who may have more--or less--to her than it might seem. A running gag throughout the film has Martin just about to make it with a lovely dame only for Tate to stumble in, ruin things, and sort of save his life in the process. 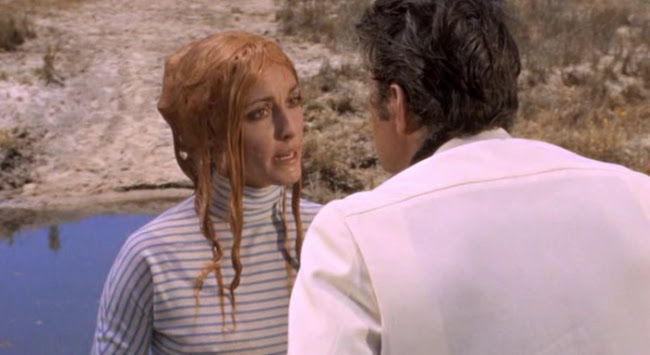 She seems to be a parody of the typically hyper-competent Bond girl, a broader take than the Britt Ekland character in The Man with the Golden Gun. But she shows herself to be a decent martial artist in a memorable fight scene with Nancy Kwan. Choreographed by Bruce Lee, both women markedly lack Lee's unique, lightning speed and precision but with a little help from careful editing the two have easily the best fight scene in the movie. 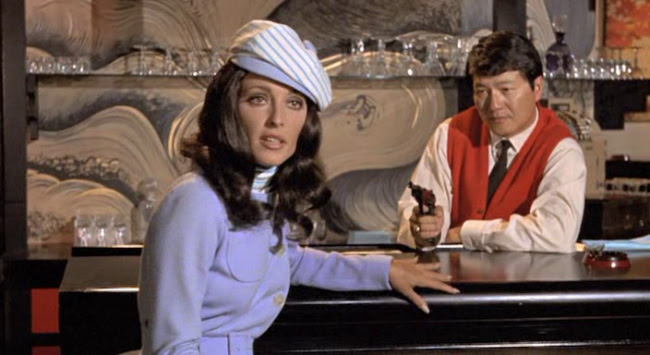 Martin seemed a little less enthusiastic about entering a fray though it's worth noting he kicks Chuck Norris' ass. Norris makes his first film appearance in an uncredited role as one of Contini's henchmen. 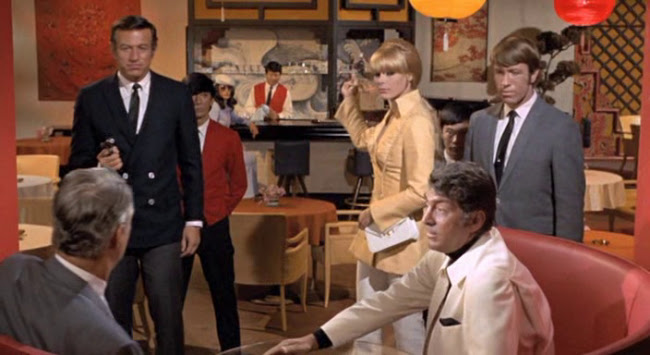 I love Contini's mansion with its chequered floor and gold furniture. Freya unfortunately blows most of it up before she and Matt escape on a helicopter. "This is fun!" she says in contrast to his visible weariness. A transparent babydoll nightgown she wears at the end helps ensure she outshines everything else in the climax.