Light Through the Diamonds 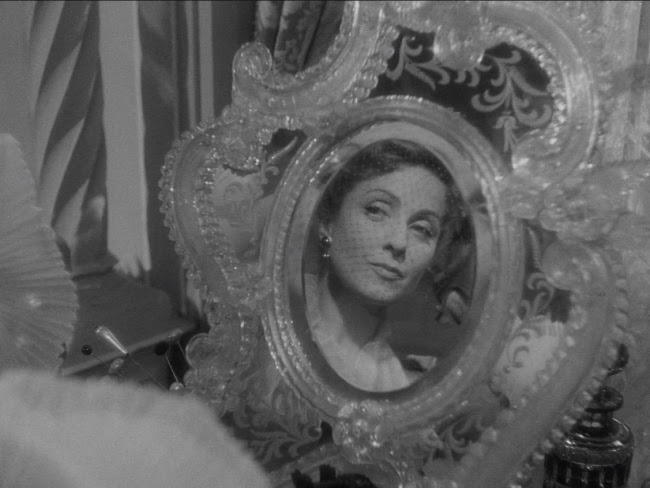 What might a pair of earrings mean to a woman? The question remains intriguing and unsettled throughout 1953's The Earrings of Madame de . . . but, as the title suggests, we don't even learn her surname or her husband's. Louise lives in the comfortable, decadent world of late 19th century Parisian aristocracy created by director Max Ophuls with beautiful sets and mesmerising camera movements. These elements help ensure the story's persistent mysteries remain fascinating. The first thing we see Louise (Danielle Darrieux) try to do with the earrings is get rid of them. They were originally a gift from her husband, Andre (Charles Boyer), but now she would rather sell them to settle her private debts than appeal to him for more money. 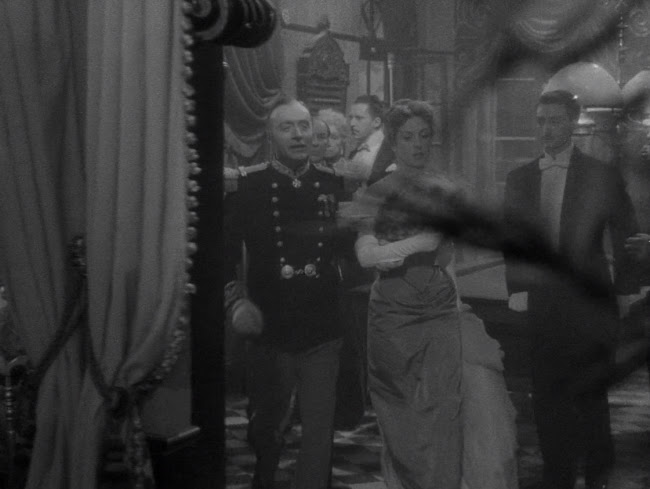 You could make a fair argument that the earrings represent Louise's sense of independence. After a series of improbable circumstances in which the earrings travel to Constantinople and back to Paris, they're given to her again but this time by her lover, an Italian diplomat named Donati (Vittorio De Sica). She wanted to get rid of them before, now they're objects of intense value. You would think she would choose another memento of Donati's love, one that didn't have previous association with her husband. But they almost seem more precious to her than both men when Andre sternly commands her to give them to her cousin. 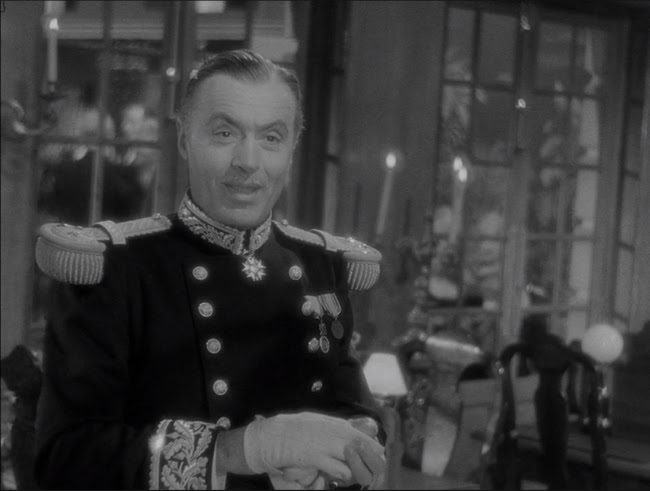 He does this clearly as a form of disciplinary action. A military man, a general, Andre also usually seems generally permissive. In early scenes in their palatial bedchamber where their seperate beds are sequestered in different lavish alcoves, he seems to casually hint at the normalcy of discreetly ignored adultery among upperclass 19th century Parisians. Yet as he detects one crumb of evidence after another he can't seem to help himself getting involved. His initial confrontation with Donati, though, isn't so much a fight as a simple dialogue in which Louise's own simplistic manipulations are laid bare. 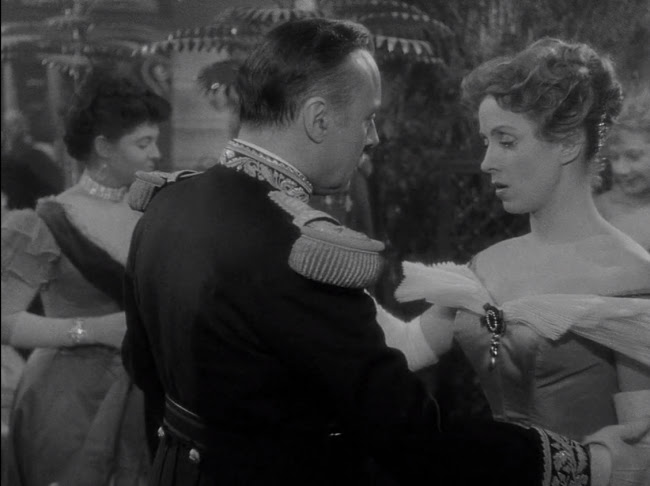 She's no Machiavelli. Her usual technique is to pretend to faint when things don't go her way--she seems to accomplish her ends for how charming people find the transparency of her methods more than for the methods themselves. Maybe that's her tragedy--she lives in a world thriving on polite, complex deceit and she happens not to be particularly clever or insightful. 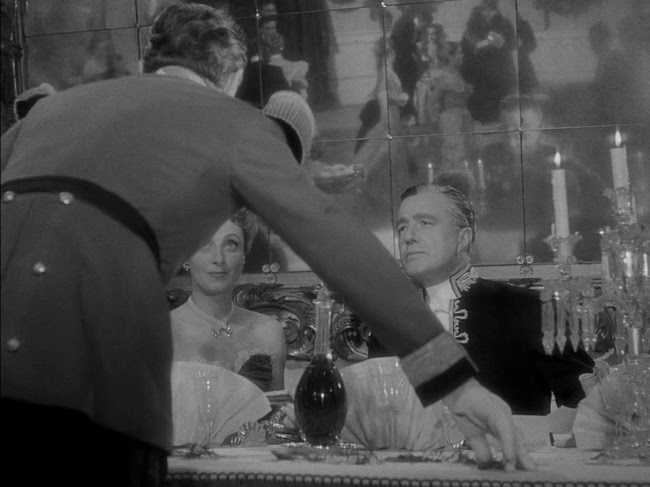 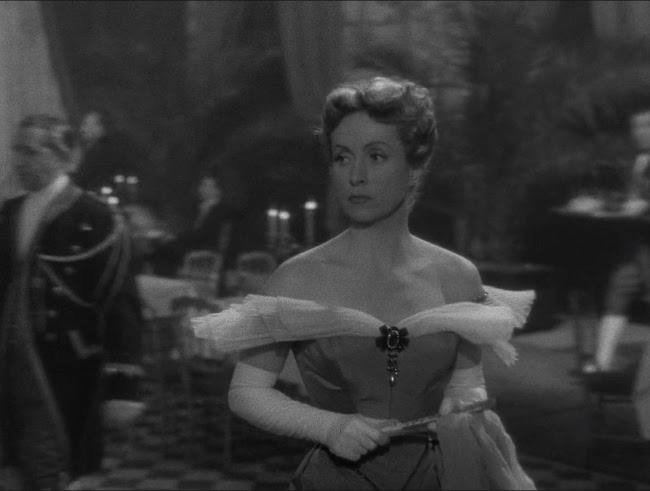 It's a beautiful film, restless in its camera movement and provoking in its subtle enigma. The Earrings of Madame De . . . is available on The Criterion Channel.

Discovered jewels encased the ears again.
A never carved in golden trees suspends.
As boats and leaves were ever quite akin.
On what the common heart at times depends.
Insistent sleep ensures reflected sheets.
In black and white the gilded frame would glow.
A shadow crowd completes the thousand seats.
Again reflected candles lit the show.
A heavy stone eclipsed the dusty lake.
A pilgrim stopped in webs of tangled hair.
The drunken walker smashed against the rake.
A quiet crowd returned to watch the fair.
Between the bars of blue a curtain drifts.
A steady moon returns the night in shifts.