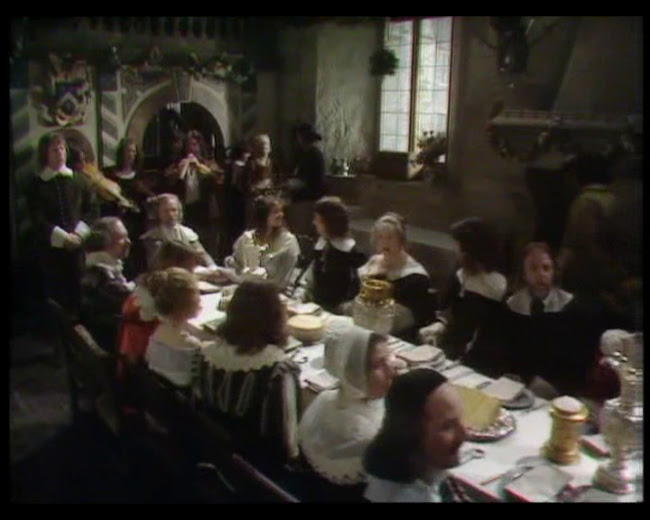 The country is being torn apart by ideological factions, each believing they truly represent the values of the country, and without quite knowing how they find it increasingly difficult to talk to one another. The 1983 BBC series By the Sword Divided centres on the fictional Lacey family in mid-17th century England as the forces of Civil War and Restoration drive a rift between the family members. Created by John Hawkesworth, who co-created Upstairs, Downstairs and who worked on the Jeremy Brett Sherlock Holmes series, By the Sword Divided offers a rendering of the period with painstaking attention to historical detail but, sadly, in this case it often comes at the expense of organic dialogue and character development. At least, so far--I've only seen the first two episodes. 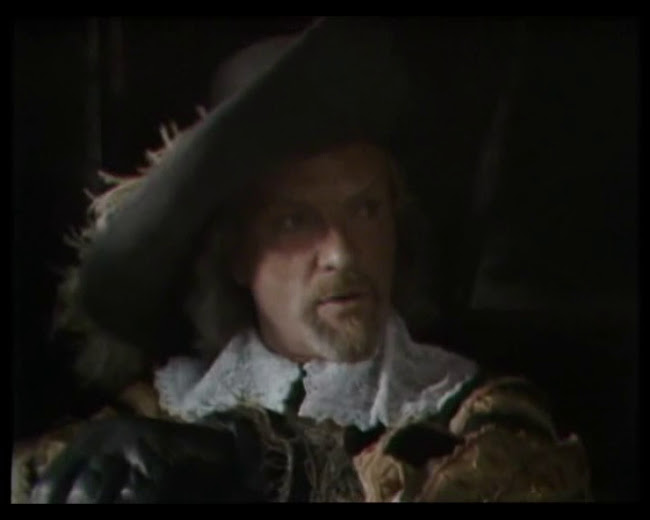 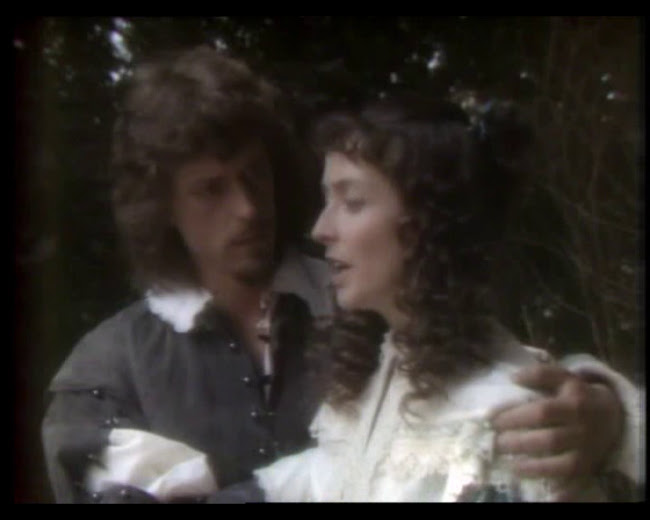 When John expresses discomfort with the old church where they're to be married, it's easy to see this guy's going to wind up on the Parliamentarian side. It's easy for me, anyway--this series throws out a lot of information I think would be lost on anyone who hasn't studied the English Civil Wars. I found the mildly prickly conversation between Sir Martin and John's father (Bert Parnaby) about Charles I's infamous "Ship Money" tax to be a fascinating take on how two landed gentlemen, one of the growing merchant class and the other of the traditional titled class, might be personally affected. If you don't know anything about it, their dialogue might be informative, but it's a bit dry for two real people arguing and so hard to engage with. 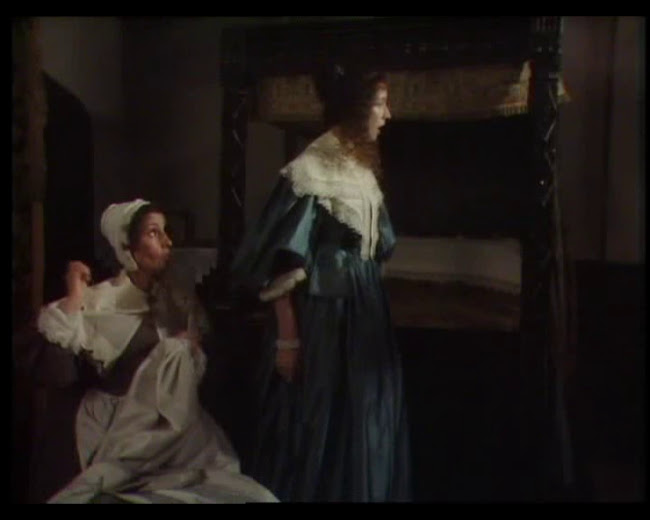 Elsewhere the dialogue is dry and tonally off, as when a housemaid tells Anne the men arriving at the house are only there on business and Anne exclaims that business is of interest to her because it's to do with her dowry. Why would the housemaid for a moment think Anne wouldn't care about that? It seems like the dialogue was meant to show how much of a business matter marriage was while contrasting it with the still personal nature it had for those involved. But it's accomplished in a way that doesn't feel remotely natural. 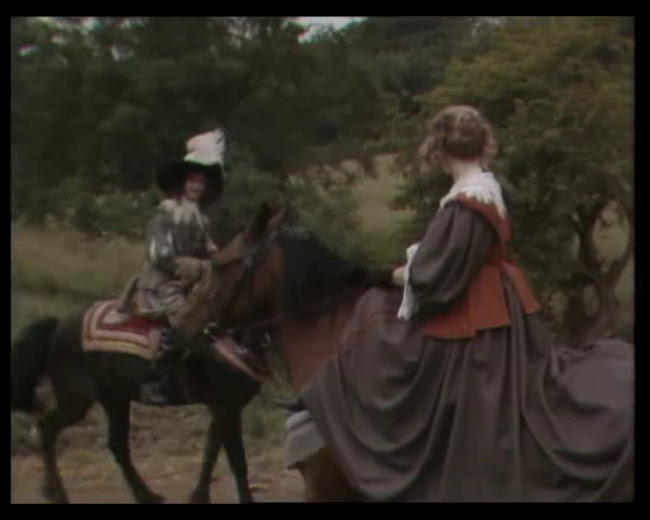 The second episode is a bit better. Prince Rupert (Christopher Baines) makes an appearance in an actual meet-cute with the younger Lacey daughter, Lucinda (Lucy Aston), when she comes upon Rupert's infamous poodle, Boy, while riding. And I do mean infamous. A scene in the scullery shows the servants sharing the rumour that really propagated at the time that Rupert's dog was his bewitched familiar. 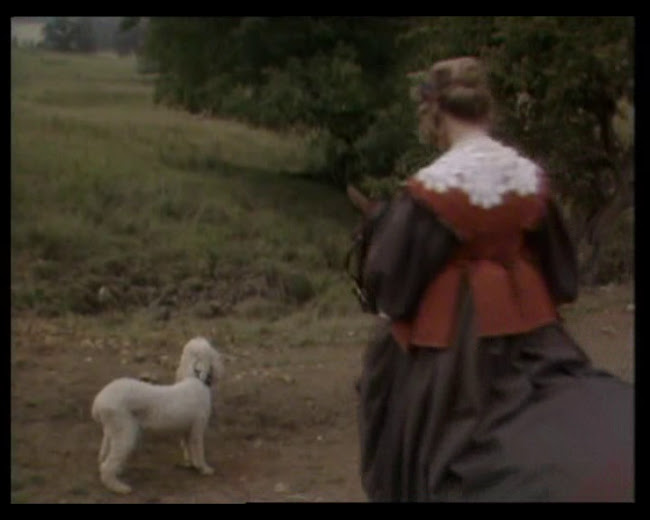 In a more interesting scene, Rupert suddenly appears at a meeting Sir Martin has with other local landowners about the King's levy of gunpowder. When one of the men talks about Rupert's papist leanings he doesn't realise the Prince is in the room until he rebukes him, reminding him how he's fought all his life for the Protestant cause on continental Europe. It's a nice moment showing how the haziness of factional thinking will readily conflate contradictory concepts and the sudden, and personal, intrusion that can be effected by alternate perspectives. 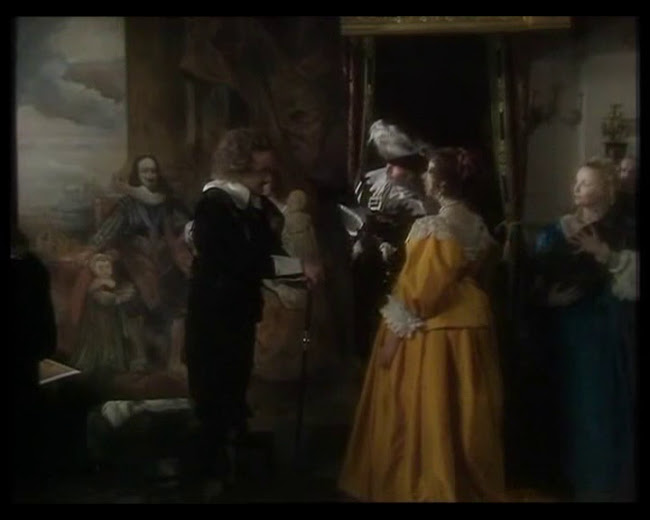 Aside from the BBC's eternally lamentable policy of recording everything on video tape, the visuals are a real treat. Every costume and hairstyle looks like something right out of a Van Dyke. Even with the stuffy dialogue, it's still better than The Devil's Whore.