Blind Christmas and Liquor versus Cold

Last night I went to Tim's to give him his Christmas present because I didn't think I'd have time to go over there again between now and Christmas. I'd gotten him a copy of Lost in Translation and, on the spur of the moment, I stopped at the grocery store on the way over and got him a six pack of bottled coke and a bottle of rum (Bacardi). I'm always trying to get Tim to drink alcohol, because that's the kind of influence I am. Though I didn't imbibe myself until the scotch I had at around 4:30am while colouring.

It's hard to think of what to get Tim because we frequently trade entire anime series we've downloaded that, considering how overpriced anime DVDs are, are probably worth more money than I've seen in five years. Meanwhile, Tim just gave me this rather nice computer I'm using right now when my old one broke last year.

I played Soul Calibur 4 while at Tim's last night. I'd made a character I named simply "Christmas". She appears to be a young woman wearing a deer's head like a mask, a hard edged gold breastplate, a bright red skirt with white lace trim, short white socks and sandals. She's using Voldo's fighting style so she has massive cleavers attached to her hands that look like pendulums (I think the particular weapon's actually called "the guillotine"), and she fights by squirming and twisting around. Voldo is normally a tall, blindfolded man in vaguely bondage-looking gear and a lot of his moves involve falling on the ground or randomly stabbing and slashing spaces behind him and to the sides. All together, Christmas is one creepy broad.

Tim had Howard Stern on as usual and I listened to Stern and his people discovering Amanda Palmer. They all seemed to like her.

The rain let up yesterday, but it was very cold. It seemed to take forever for my car to warm up and for the fog to leave the windows.

I suppose it could be colder, though. I watched the third episode of Gunbuster 2 again while eating breakfast this afternoon, the episode where Tycho makes it snow on Jupiter, or what's left of Jupiter after the events of the first Gunbuster series. I downloaded the series again a couple months ago with subtitles by a different fansub group. The whole Gunbuster series is partly about the importance of being passionate about what you do (sometimes it's tongue-in-cheek, sometimes it's adorably earnest). To me, this is kind of reflected by the very concept of fansubbing; people working for free to create what very often tend to be superior translations of anime series to those included with the official U.S. DVD releases. Of course, it's the fact that these superior versions are easily available for free online that has probably helped contribute to the high price on the DVDs, but it seems to me this phenomenon is an indicator of a problem that pervades American industry.

Daniel Clowes' term "Ghost World" is one of the more perfect terms for modern society I've ever heard. We have a series of systems set up so that people can live and work without having to think about what they're passionate about, and, in fact, attempting to actually find oneself, to truly accomplish something, can actually run counter to one's chances of surviving. That's how we end up with people trading phantom stocks, it's how we ended up with failing car companies, it's why crappy video games spend years in development. People have been groomed to see money, and recognition from the money oriented world, as the only real objective. Tolerance of any other objective has gotten lower and lower. Cars dependant upon an outdated and dangerous fuel source are less durable than cars made fifty years ago, most American video games are less fun than the ones made long before video games were a massively lucrative industry, because people are clapped into training and academic programmes and careers that kill their souls, and they naturally expect to be compensated for their troubles, and they're too tired after the day's work to imagine anything. This is why we need a government that sees to every citizen's basic needs for survival. Because the invisible hand of the market is strangling itself. 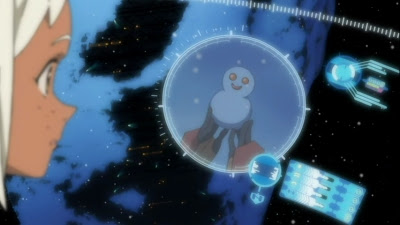 Posted by Setsuled at 7:37 PM
Email ThisBlogThis!Share to TwitterShare to FacebookShare to Pinterest