Monsters Who Can't be Left 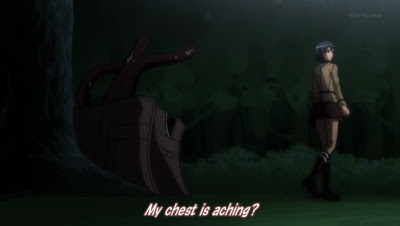 One of the advantages of my new computer is that I can watch all of the badly encoded videos released by the fansub group GG normally. Now I, too, can obnoxiously turn my nose up at everyone with an inferior computer. 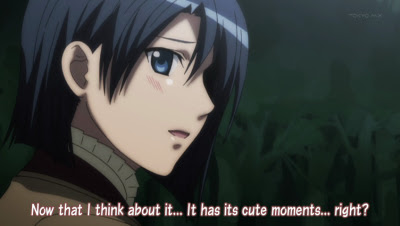 So I've been watching Maria Holic again, and to-day with breakfast I watched the fifth episode. When I go back to watch Maria Holic, it's mainly because I remember how visually great the show is, but I tend to forget it's exceptionally funny, too. There's a bit in the fifth episode I particularly like where Kanako, who had been given a book bag by Maria filled with some kind of black, earthworm creature as a prank, finally decides to get rid of the bag, but as she does, she suddenly, for absolutely no reason, finds herself emotionally attached to the creature. 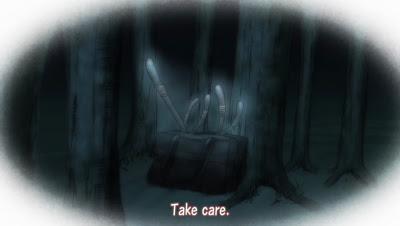 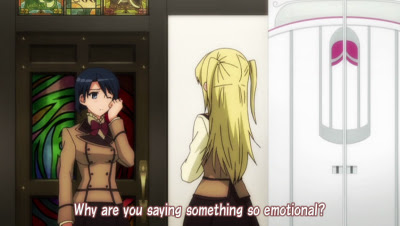 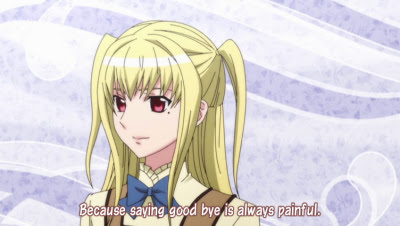 Last night, I watched the final episode of Caprica's first season--I was surprised to see that the season was only nine episodes long, but I mostly liked it. The subplot about Joseph Adama seeking his daughter in the virtual world ended very disappointingly; Battlestar Galactica's bad habit of resorting to allegory again reared its head--Joseph is doing everything he can to find his daughter, in the process getting addicted to a virtual drug (which actually wasn't nearly as silly as him blanching at killing virtual people) to heighten his senses, and his daughter wants to find him too, of course, since she's basically a ghost stranded in the virtual world.

But unfortunately, the writers very obviously concluded, "This is really a story about a man unable to come to terms with the death of his daughter, his chasing the ghost a metaphor for being unable to let her go." That might be an interesting theme for another story, but trying to wedge this story into that mould was supremely annoying, resulting in a scene where the girl kicks her father out of the virtual world because of his addiction to the drug thing, never mind that he was only using it to find her in the dangerous sim where the girl was waiting for him to find her. And when he does get kicked out, Joseph dejectedly takes off his holoband saying something like, "She's really gone," the moment apparently meant to be a big emotional "letting go" except I think everyone in the audience was screaming, "SHE'S CLEARLY NOT."

The parallel father/dead daughter plot of Daniel and Zoe Graystone was also pretty annoying by the end, but only because it had been dragged out way past my patience. It at least basically made sense. I think my favourite parts of the latter portion of the season were scenes involving Amanda Graystone and Clarice Willow. The plot spooled out by these scenes was vague and not particularly exciting--something about dead people and religion--but it was such a joy to watch these two actresses work together for some reason. And I kind of got the idea that this is what all the wallowing in pointless Mary McDonnell scenes were meant to be like in Battlestar Galactica. If I hadn't found Mary McDonnell to be a rigorously lousy actress, I might have enjoyed all of her gratuitous business this much. I'm pretty relieved, actually, as Battlestar Galactica left me with a feeling I might have some irrational hatred towards older women.

I guess it was the success of Battlestar Galactica that brought a better crop of actors to Caprica. It was nice seeing James Marsters again, though during his scenes I constantly found myself thinking, "Gods, I miss Spike," and, "What's different about his face? Is it . . . puffier, is that it?" He could still be Spike, I think. 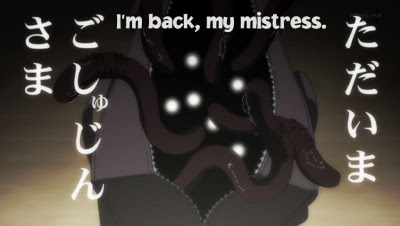