I watched Sanjuro again last night, Akira Kurosawa's sequel to his Yojimbo. It follows again the adventures of the nameless ronin who calls himself "Sanjuro" ("thirty year old"). I got to thinking about how different the character is between the two movies--in the first film, part of the charm is the sadistic pleasure he derives from turning two groups of gangsters against each other and watching the slaughter. In Sanjuro, he's clearly in it as a good guy all the way through and abhors killing, rather than revelling in it. Though he actually kills a lot more people in the second film, in scenes where he single-handedly cuts down large groups of armed men. One senses a compulsion to "one up" Yojimbo's action sequences, and Kurosawa's a master as always at blocking these things, but the slaughters, for their larger body count, inevitably come off as slightly less credible than in Yojimbo. Sanjuro is an almost supernaturally good swordsman, but one can't help but feel he'd be overwhelmed by numbers at some point.

Anyway, it's no surprise Kurosawa had to make Sanjuro more of a straightforward do-gooder for the second film. Not only because Sanjuro's based on a book unrelated to Yojimbo, with Sanjuro inserted into the story, but because Sanjuro needed to be a hero and it's a bit difficult to come up with a believable story where the hero is somewhat amoral. Which is one of the things that makes Yojimbo so brilliant.

But I've long seen Yojimbo as a sort of spiritual sequel to Kurosawa's film previous to it, The Bad Sleep Well, which is based on Hamlet but set in contemporary corporate Japan. In an important difference from Hamlet, the Claudius of the story not only survives but retains his control of the kingdom. Toshiro Mifune, who plays Sanjuro, also played the Hamlet role in The Bad Sleep Well, and he played him as sort of a strong, modern day samurai. I kind of feel that with Yojimbo Kurosawa sought to create a stronger Hamlet, that the ending of The Bad Sleep Well was so dismal that Kurosawa tried to create a hero who could succeed where Hamlet failed. And the main difference between Sanjuro and Nishi in The Bad Sleep Well is Sanjuro's emotional detachment. His strength comes from being an amused outsider, and now that I think about it, perhaps it suggests something about Sanjuro's mysterious past. Perhaps, before he became a ronin, he was profoundly betrayed by his former master, causing his heart to callous.

A couple days ago, I took some pictures of a lot of the funnel weaver spider webs showing up lately. Only one of the webs appeared to have a spider; 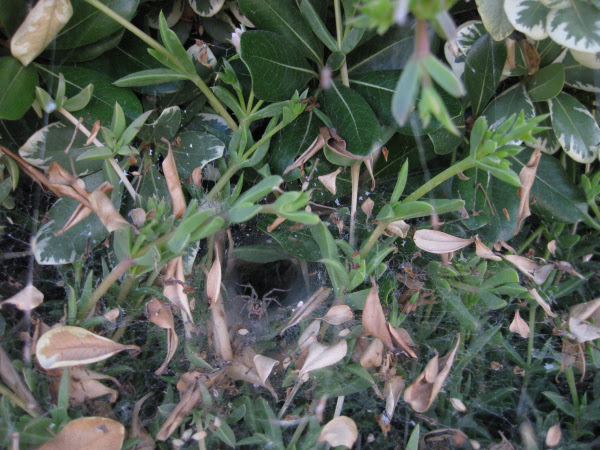 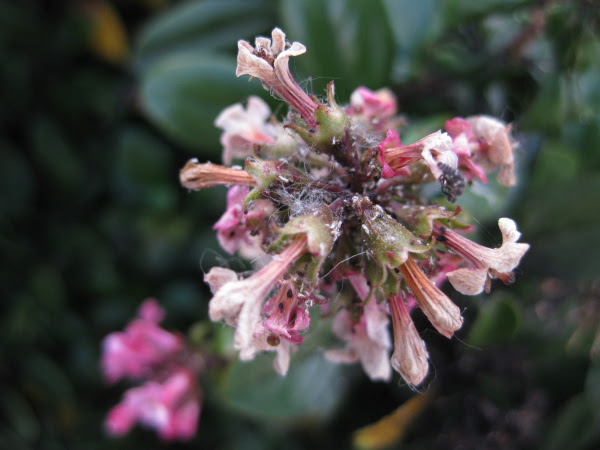 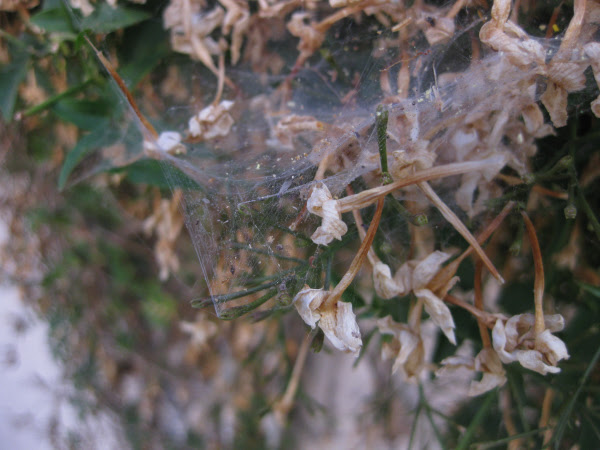 The green and bloom of a just a month ago, due to the unusually great number of rainy days, is already drying out and withering.

I was sorry to read yesterday about the recent death of Martin Gardner, who's responsible for the wonderful The Annotated Alice, which I used to make repeated visits to the bookstore to stand in the aisle and read before I finally got together enough money for it. I've read it a few times now, and his annotations were both insightful and creative. I hadn't known he was a mathematician.

Cream cheese corrupts even pizza sushi.
The pretty cashier eyes question water.
Corn grows on Amerigo Vespucci.
The potato is his mutant daughter.
Posted by Setsuled at 9:52 PM
Email ThisBlogThis!Share to TwitterShare to FacebookShare to Pinterest