Lousy wine hair products flood the restroom.
Piggish coffee waits all day at the bar.
The whole world knows of your power mushroom.
Coelacanth mobs force you to be their Zsar.
Radiation ignites an empire.
Long chins sink lips on the old computer.
Bologna travels as "Oscar Mayer."
Sliced meat's a vulnerable commuter.
A silver phallus now goes cross country.
Agitated pennies want to fall down.
Feathers vibrate in the throats of gentry.
Release is in the shadow of a frown.
The caffeine rotted teeth have a weak bite.
Tangled strings follow white keys to the light.

Never try to imagine riding a unicycle while you're driving a car. Nothing happened, but I got a little dizzy.

I just got back from the grocery store and BevMo, where I bought a bottle of mead. Chaucer's, the local producer of genuine mead, has a new bottle label I rather like. 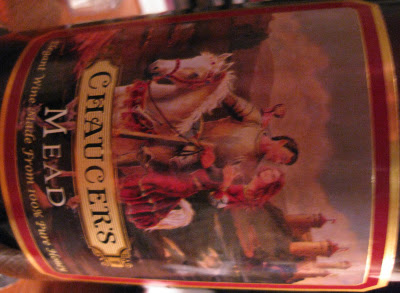 While I'm sharing pictures of my stuff, here's a book of matches from Quark's Bar I came across a couple days ago; 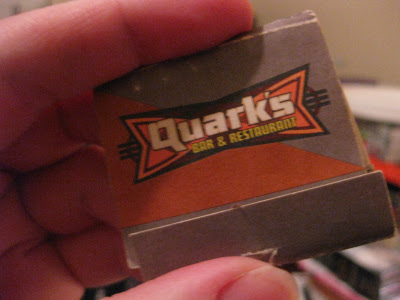 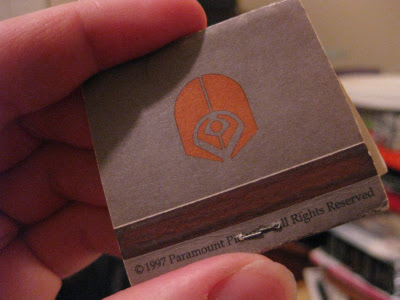 This is proof of my visit to The Star Trek Experience in Las Vegas. Sure, it could be argued that the Ferengi are a somewhat of a puerile caricature, but I still really treasure the memory of feeling pretty close to actually being on the Deep Space Nine promenade and eating at Quark's. I had an iced raktajino. 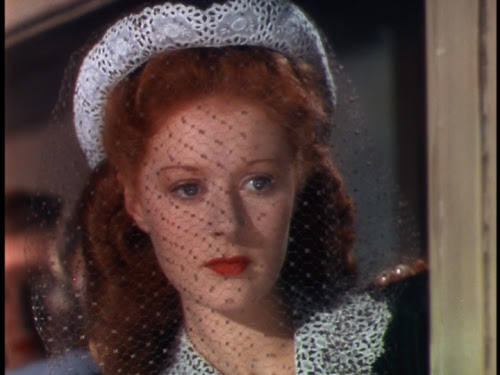 I didn't mention watching The Red Shoes again while at Tim's house. I guess, having watching it around nine million times now, I don't think there's much more I can say, though I don't think I've ever written a proper post about the film. I don't have enough time to-night to write one, but I will say I was focusing a lot on the cinematography this time, especially as compared to The Tales of Hoffmann. The two films have the same directors, same set and costume designer (Hein Heckroth), but different cinematographers--Christopher Challis worked on The Tales of Hoffmann while Jack Cardiff worked on The Red Shoes. Mainly the difference I noticed was that The Red Shoes has a lot more shadows, giving everything a slightly waxy, burnished look while The Tales of Hoffmann is more evenly lit, looking more typical of Technicolor films. The fact that Cardiff got such a wonderful texture from his footage using Technicolor is indicative of amazing talent. 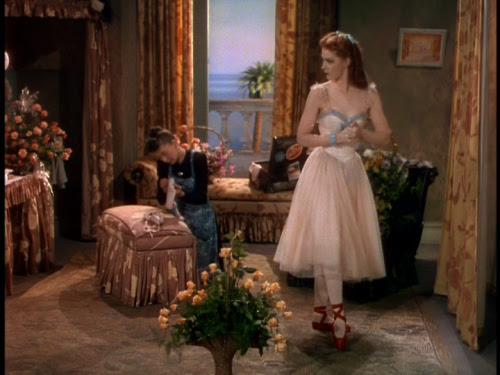 The Red Shoes has a rare, Technicolor outdoor night shot that demonstrates the necessity for the infamously hot arrays of floodlights aimed at the sets and actors most of the time; 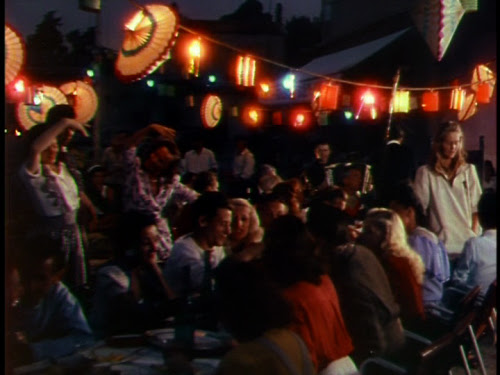 The odd, high contrast look to this scene, Grischa's birthday party, gives it an oddly realistic quality, looking almost like amateur footage of an actual party. My eye always catches on this blonde girl. 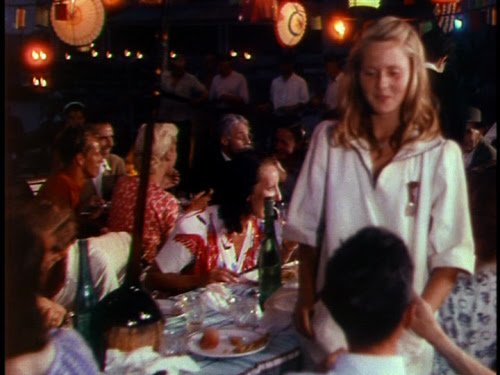 She doesn't look like she even sat in a makeup chair.
Posted by Setsuled at 10:17 PM
Email ThisBlogThis!Share to TwitterShare to FacebookShare to Pinterest