A Shadow Over the Nuclear Wasteland 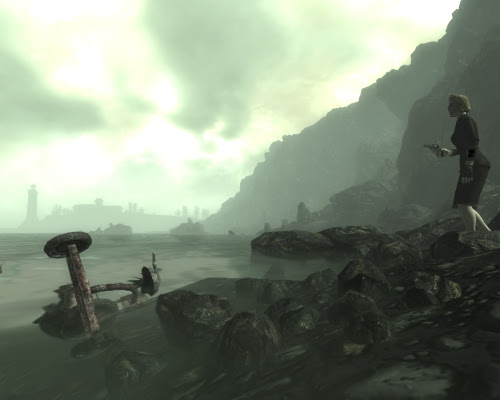 I finished work on my comic pretty early yesterday--for some reason I was filled with energy all day, not wanting to slow down, actually looking for more chores I needed to take care of. But by 11pm I guess I was feeling antsy, so I ended up playing some chess in Second Life and playing some Fallout 3 for about an hour and a half. 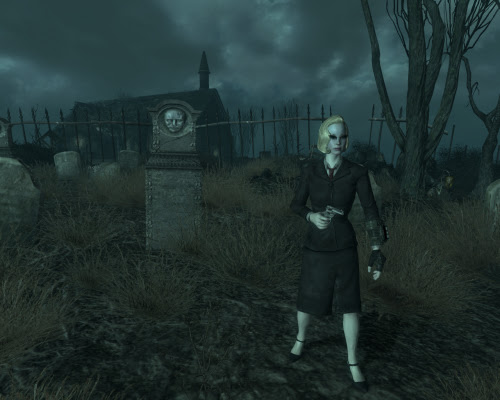 I've been playing the Point Lookout expansion, which takes place somewhere on the southern coast of the United States, possibly Louisiana. Maybe now it's a bit of grim prophecy, with the oil spill. Anyway, it adds a bit of southern gothic to the post-apocalyptic 50s atmosphere. I came across an old mansion which I helped a squatter in a seersucker suit defend against a bunch of invading "tribals." I'm hoping it's going to be a Call of Cthulhu homage, as now I'm supposed to be investigating their strange new religion. Cthulhu stuff would be appropriate, too, since the beaches are crawling with Mirelurks--big mutant crab men. 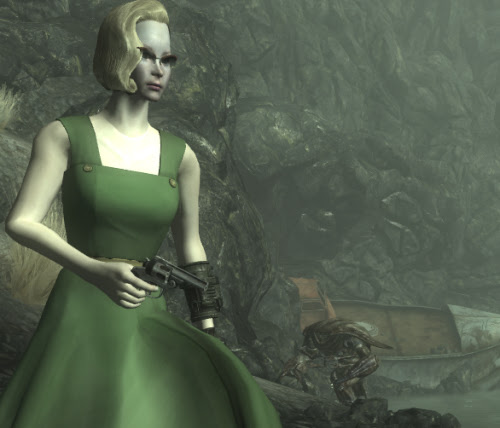 There's kind of a cool Shadow Over Innsmouth side quest in Oblivion, where you need to investigate the disappearance of a girl in a weird little village called Hackdirt. The locals are mildly hostile and all have kind of the same, vaguely fishy/ froggy features. The writers kind of fucked up, though, by casting an Argonian as the missing girl--Argonians are Oblivion's resident race of lizard people. Suspiciously fish looking people aren't quite as impressive in a world where orcs and lizard people are fully integrated into regular society. There seems to be some kind of anachronistic politically correct philosophy at work where Bethesda is afraid of portraying the orcs, Khaajits, and Argonians as having different kinds of brains than the humans. It's like they were scared straight by China Mielville's rants about racism in Lord of the Rings. I say, there's nothing wrong with letting lizard people be lizard people. It's one of those things that make fantasy worlds fantastic, and it's kind of boorish to constantly worry about the one or two psychos out there who assume all monster bipeds in fiction are really black people or something.

Anyway, the Innsmouth quest in Oblivion was fun--it was an instance of Bethesda's very open ended style of gaming really working as it felt, the first time I was playing it, exactly as though I were investigating a weird little village rather than following a couple script trees. I snuck into houses, read people's diaries, drew what conclusions I might from the generally unkempt state of the inn, a storehouse covered in cobwebs with old furniture and cutlery scattered about. The Point Lookout area in Fallout 3 has a really nice atmosphere and I'm hoping for an experience like that. 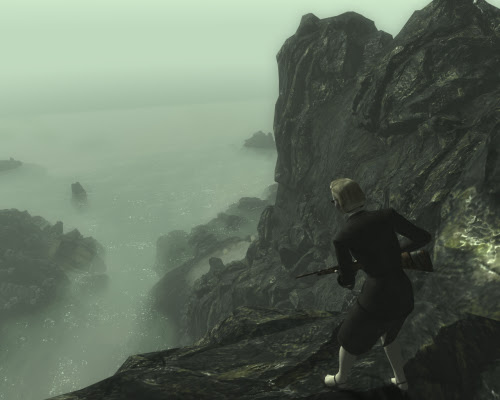 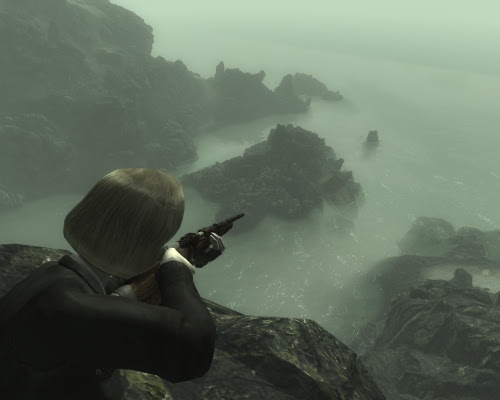