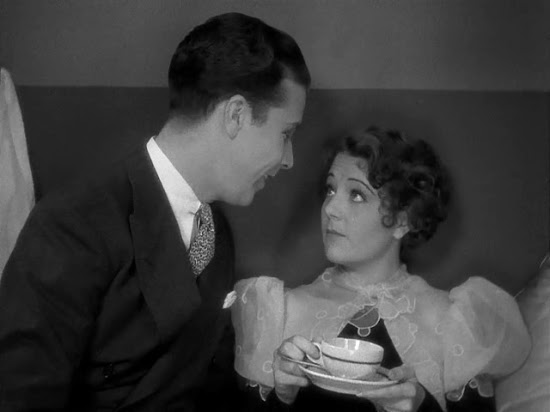 There's something mysterious sometimes about bad acting. Watching Ruby Keeler in the 1933 Busby Berkeley musical 42nd Street on Saturday, I marvelled at how consistently she fails to engage in the story. It's an ensemble piece, but she's probably closest to the lead, and rather puzzling in the role of the newcomer on the Broadway musical scene who impresses everyone with her raw ability. She seems to dance decently, though we don't see her dance much, but her singing is weak and as disengaged as her acting. Here the director of the film's fictional stage musical production gives her a desperate pep talk while she regards him with all the receptiveness of granite; 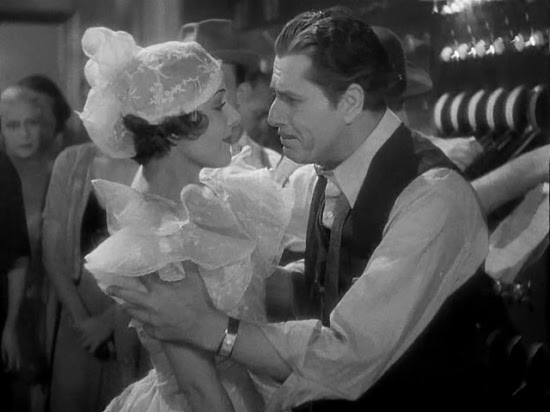 She seems to understand he's speaking English words, but her comprehension doesn't seem to go beyond that. And mind you, I'm talking about Ruby Keeler's bad performance here, not the actress she's playing. Ginger Rogers has a small part in the movie as part of a comic relief pair of chorus girls, but even in this tiny part her personality vastly outshines those in the more leading roles and it's no surprise her name soon eclipsed the others in the world of movie musicals. 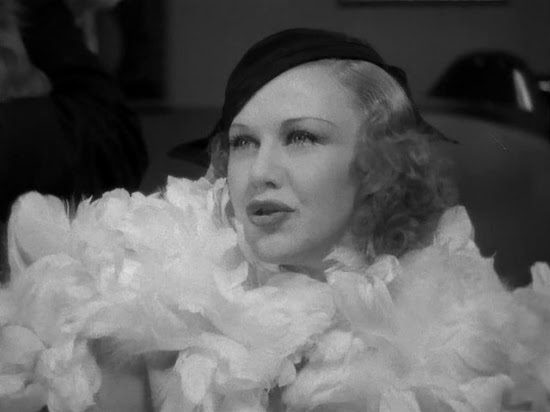 She plays "Anytime Annie" in this essentially pre-code film. As one guy remarks, "She only said 'no' once and then she didn't hear the question." Her character eventually sleeps with the production's financier but instead of using this to get a leading role, she uses it as leverage to recommend Keeler's character for one. I suspect there's an irony here in that I think Keeler got to her position through sleeping with studio execs. But there's such a lack of passion in her performance it's hard to imagine she cared enough about her career to go to these lengths. It may be more like a studio exec wanting to see his girlfriend become a movie star.

She's so bland that during the middle of the production she's inexplicably replaced by this lady we'd never seen before; 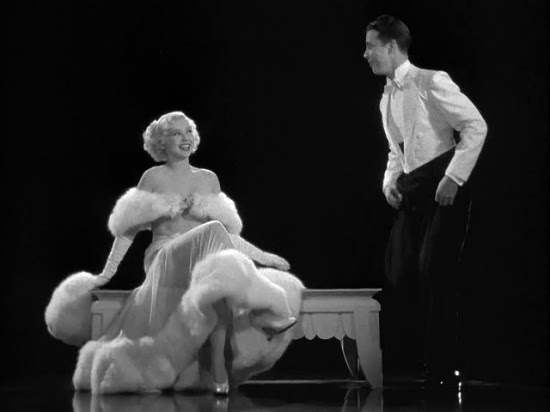 She never speaks or sings, but she does a lot just sitting there, yowza. The movie, of course, has some terrific musical numbers and really great costumes. Bebe Daniels as the outgoing star is introduced in this sort of Grecian thing; 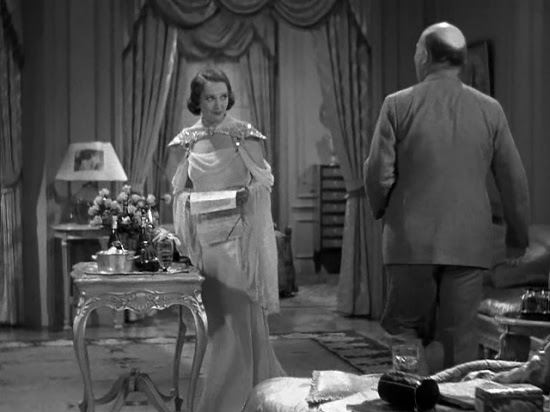 There were lots of great frilly, flowy, see through gowns. I like this more button up number, too, though, that Keeler wore; 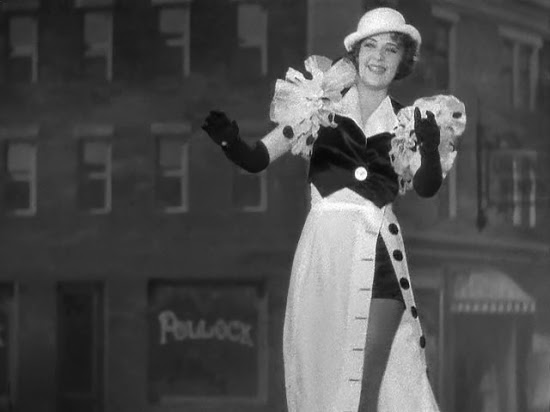 Keeler's also outperformed by her outfits.

Fall gratitude's whiskers dust a pistol.
Yosemite Sam greets noon destiny.
Desert fingers write cactus epistle.
Chia Pets were a grassy blasphemy.
Condor foreheads nest on balloon Easter.
Brute pairs team up on near empty old urns.
Short sleeves fool the lobster leg's left sister.
Operatives know the devil's turnip burns.
I still can't believe what all signs have said.
To-day you may not steal the Nerf stirrup.
Murder's illegal if you're not undead.
Recall what I said about the turnip.
Oatmeal void spreads beigely on your breakfast.
Adventurers thwarted the fish harvest.
Posted by Setsuled at 3:51 PM
Email ThisBlogThis!Share to TwitterShare to FacebookShare to Pinterest