Bleugh in the Fog

Oof. So out of it to-day. Combination of sick and no coffee. Coffee sounded very unappetising this morning so I made tea with two bags. Could not match the might of coffee.

My parents got me a nice big tower of tea they got on a recent trip to Disneyland. It's decorated with an Alice in Wonderland theme--the 1951 Disney movie, the one I prefer. I guess it's in merchandising that Disney finally quietly admits defeat on a movie.

A few months back, I bought this $5.75 collection of 20 Alfred Hitchcock movies after I think I saw Roger Ebert recommend it on his website. It seems to be most of the movies Hitchcock made before 1940 along with a few episodes of Alfred Hitchcock Presents. I finally got around to watching The Lady Vanishes, included in the collection, last night. 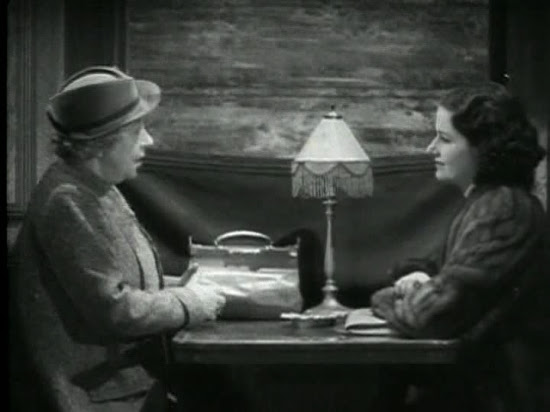 The image quality leaves a lot to be desired, but I guess you get what you pay for.

Hitchcock seemed a bit more puerile in the 30s. His meet-cute between the leads at first seems to borrow the one from Top Hat--instead of Fred Astaire tap dancing a floor above Ginger Rogers as she tries to sleep, Michael Redgrave has three hotel servants doing a rough, clompy dance while he plays a flute, all this disturbing Margaret Lockwood below. Unlike Top Hat, Lockwood has Redgrave evicted when he failed to cease causing noise after a warning, so he takes revenge by entering her room while she's in bed, threatening to say she invited him in if she complains. Hitchcock's heroes are often a bit naughty with women in compromised positions, but this was the first time I can remember thinking the guy was just a dick. I never warmed up to him, even after the two had an adorable scuffle in a train baggage compartment with a podgy magician. I kind of wish the movie had followed just the gorgeous Lockwood and her two friends we see only at the beginning. 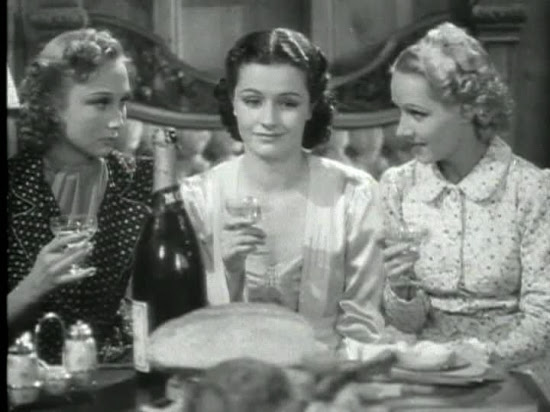 Most of the movie takes place on the train, and film's central idea, the vanishing of a kindly old governess who befriends Lockwood on the train, works extremely well. Lockwood's anxiety is played perfectly against a whole train of people who mysteriously deny having seen the old woman. 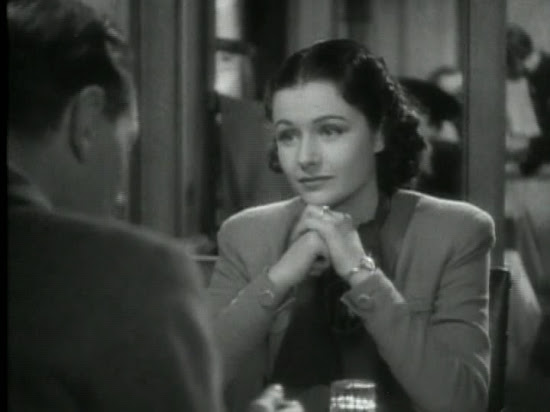 It presages somewhat the more psychological elements of Hitchcock's later films as Lockwood begins to think she might be crazy. It creates a subtly frightening power imbalance between her and the condescending male passengers. Then there are all the clues obviously set up before the woman's disappearance--her tea, her name written on the window--that we wait to pay off like a bomb ticking under the table.
Posted by Setsuled at 6:32 PM
Email ThisBlogThis!Share to TwitterShare to FacebookShare to Pinterest