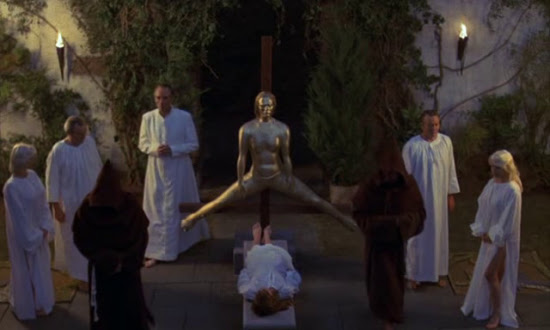 Astaroth sure looks . . . pleased? He's doing some rather solemn splits, isn't he?

To the Devil a Daughter is a remarkably muddled Hammer horror film with a wonderful cast--Richard Widmark, Christopher Lee, Nastassja Kinski, and Denholm Elliot. Its director, Peter Sykes, has some interesting ideas but doesn't seem to have known how to thread them together into a film properly.

The first half hour or so of the film I wasn't sure what was going on. We see Denholm Elliot talking to Richard Widmark at a bookstore but don't know why. This comes after Christopher Lee in priest's garb refusing to recant for possible heresy possibly in Munich. We see scenes of a woman giving birth to a deformed child that might possibly be a flashback or an event similar to one recalled by Kinski's character.

After we've been given to endure scenes of people going to and from places, the movie finally lets us in on the fact that Catherine (Kinski) has been entrusted by her father (Elliot) to Verney's (Widmark) care because Verney's an expert on the occult and Catherine's been raised by a cult of Astaroth worshippers in order to be a sacrifice. 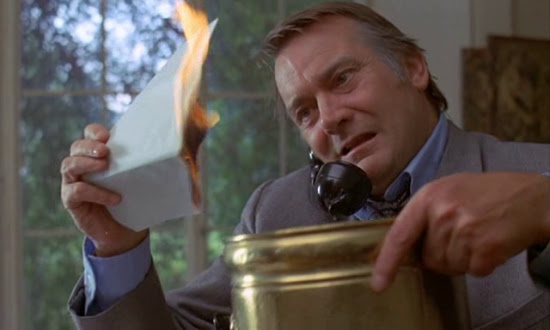 The movie treads water trying to create suspense, having Verney leave the girl in the care of some friends for no apparent reason at one point, except so that he can come back and chase her, and we have an excruciatingly pointless scene of him lowering a bridge to get to her.

There's a bloody foetus puppet that looks like it might have been inspired by the Gauze Baby from Eraserhead. 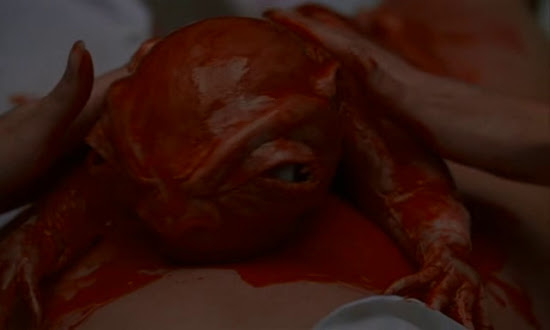 There's a generally more cold/trippy quality than older Hammer films, a quality that reminds one more of mainstream horror films from the 70s and early 80s. It certainly shows the influence of The Exorcist and Rosemary's Baby. 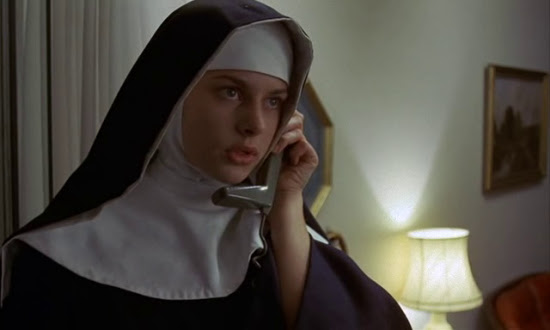 The performances are the best part. Kinski is sweet and very beautiful, not giving a complex performance, but a perfectly convincing one. Christopher Lee has great adversarial chemistry with both Widmark and Elliot. Elliot creates some tension by being rather convincingly out of his wits with fear, Widmark is good as a sort of anachronistic old fashion American movie hero. There was a scene I really liked when Lee hypnotises Elliot over the phone to make him think there's a snake coiled around his wrist. I love movies where magic isn't governed by an immediately perceptible set of rules. 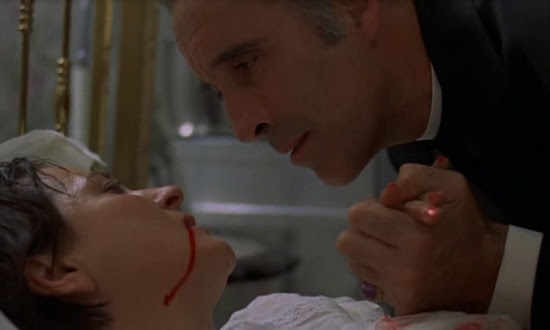 Lee presides over the death of a woman giving birth to a demon child--the woman's evidently also a member of the cult. He leans over her as she dies, his smiling face close to hers and I wondered if that's really a good idea to do with someone when they're dying. I suppose it probably depends on the person. I'd feel really awkward, myself. I wonder if the Satanic priest Lee was playing was really feeling comforting, loving sentiments, or was he just putting it on for the woman's benefit? Which would be better? I suspect this isn't the train of thought the movie intended.

I thought of this again when I watched this holiday YouTube message from Christopher Lee this morning;

It's pretty normal for actors to be a little vain, but I couldn't help feeling like Lee was recounting to himself all the love and admiration he's accrued in attempt to outstrip the feelings he has about his impending death. And I don't think he succeeded. I don't think anyone's ever going to be able to put an effective, positive spin on death for me. If there are any vampires out there looking for someone to give the gift of eternal life, please, can you ask for a better candidate than Christopher Lee?