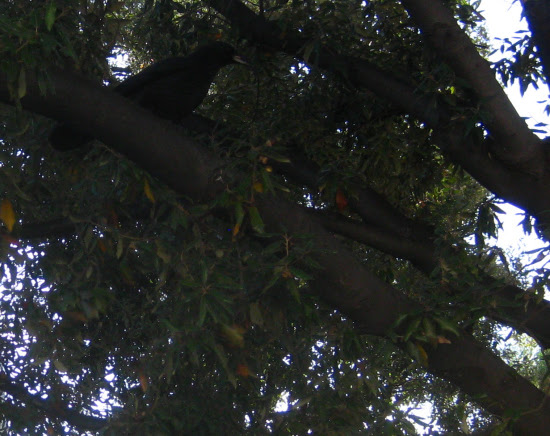 This is the raven I nearly collided with at the mall to-day. You might not be able to tell from the pictures I post, but a lot of these fellows are bigger than chickens, as this one was. It was almost a tackle. Instead he stared at me a moment then flew up into that tree. 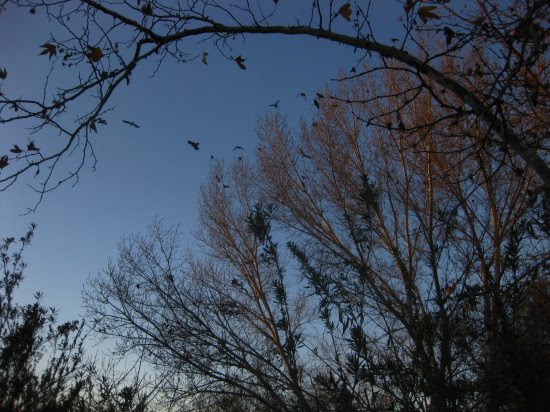 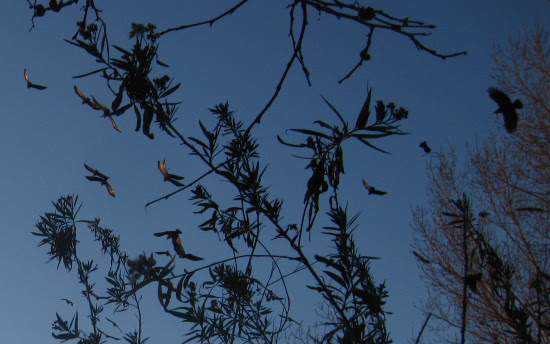 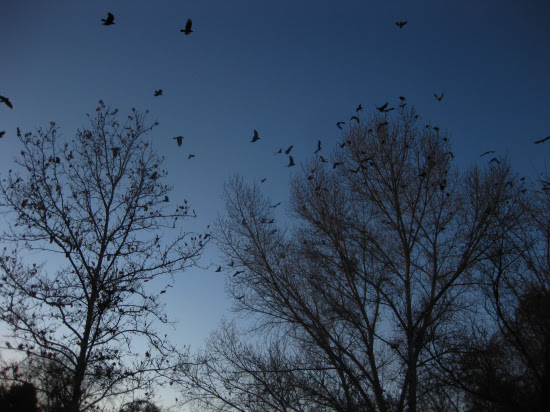 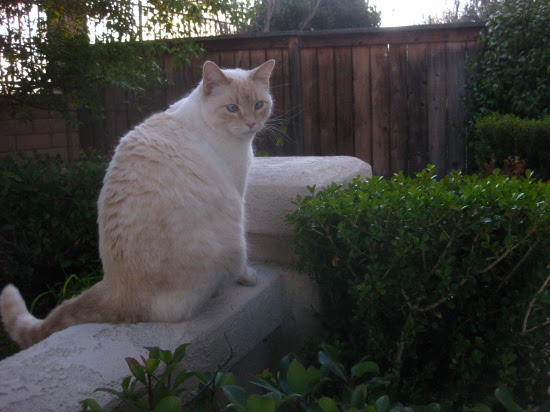 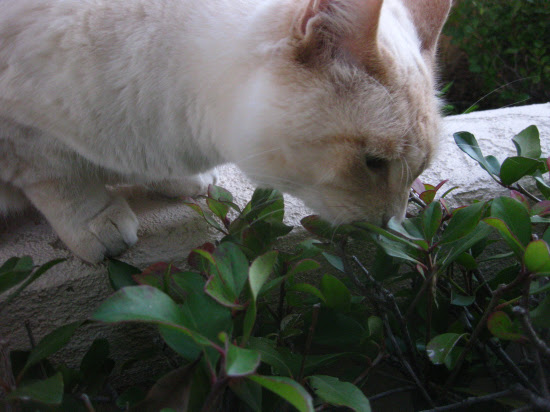 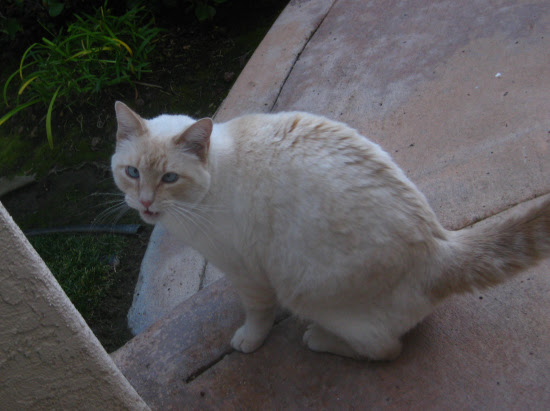 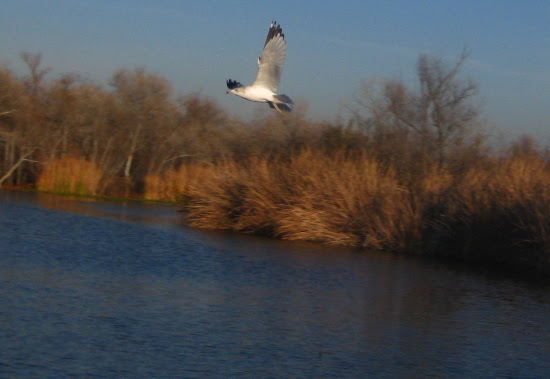 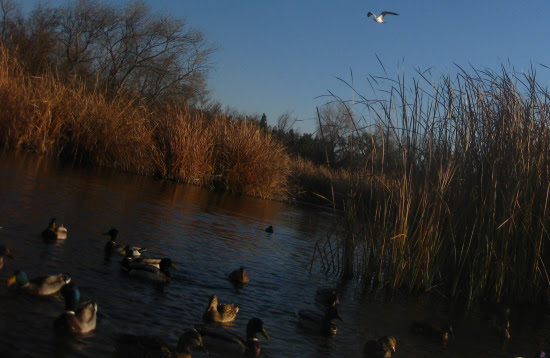 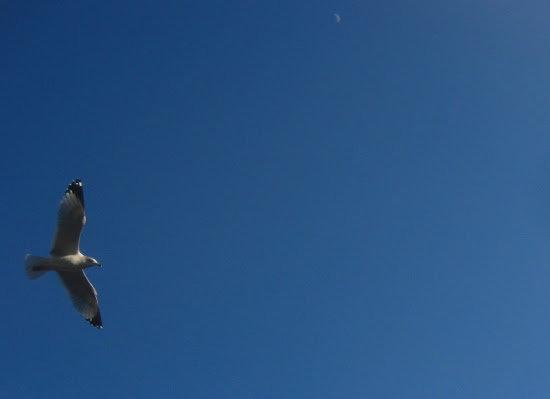 I had to be out of the house at 9am to-day, cutting two hours out of my sleep, so I wandered quite zombie-like through two malls. I drove around listening to songs in languages I don't understand, first Wagner then April March.

Speaking of zombies, I've found them to be a vital part of my gameplay strategy with my newest Skyrim character, Lysithea; 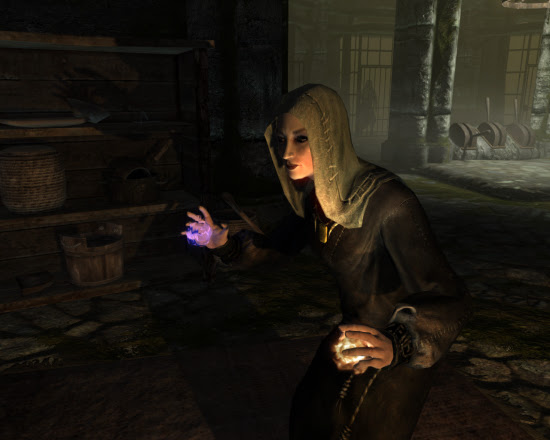 I think I was going for a Siouxie Sioux as an evil nun look. As in the previous Elder Scrolls games, magic's divided into schools. I find it obnoxious how they treat it like science, with NPCs discussing "Alteration theory" and the like. But it is fun to use. It's incredibly easy levelling up in Illusion, and consequently my character isn't very good at much else. I use three Illusion skills most of the time--Fear, Frenzy, and Invisibility. I go about invisible most of the time because most enemies can one-shot me now, since I put no points into Health and Stamina when levelling up. When I come across something like a room full of enemies, I cast Frenzy on one, so he attacks his fellows, and I turn myself invisible again whilst watching the mayhem. And often I turn my slaughtered foes or other convenient corpses into zombies to fight for me. It's a satisfyingly sinister way of playing the game. When it's just one enemy, I cast Fear and either allow it to flee out of range or corner it and slaughter it. Being evil is so much fun.

Speaking of which, I was amused by the phoney outrage in this Huffington Post article about Star Wars: Old Republic yesterday. Apparently people are outraged that, when playing an evil character, you can have a slave that you can torture. Putting aside the question, "Hasn't anyone heard of Return of the Jedi and Slave Leia?" I find it really pathetic that people blame video game companies for their own behaviour. The quote in the article from one angry player;

"I cannot remember a single video game experience that has made me feel quite as dirty and evil as my relationship with Vette has. I wish I could take it all back, but it's too late; BioWare has made me hate myself. That was not the emotional engagement I was looking for."

BioWare has made him hate himself. Good grief, what a callow, quivering, overgrown lamb. I hope he never has to set foot outside his sleeping bag into the real world where there are even more horrible, horrible options.

I've watched Tim play a lot of Old Republic. The graphics are hideous, but it seems like it's superior to other MMORPGs in its extensive use of storytelling, with lots of dialogue. It reminded me strongly of what I liked about the old Knights of the Old Republic games. With the addition of a voice for your own character, something found in BioWare's more recent single player games. Which is something I like because it helps bring reality to your own character, something sadly neglected by many games, but I continue in not understanding and being really irritated by the fact that the written dialogue you choose for your character is often wildly different from what they actually say. I get the impression BioWare sees it as just rephrasing, but it's often as different as, "No," and, "So how are the bacta tanks to-day?"