Can We Reach Truth Directly? 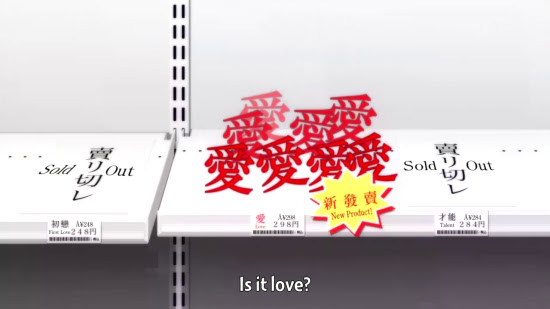 I've long felt the only way I could take postmodernism in fiction is in comedy. I've come to enjoy some of Jean-Luc Goddard's films from the 60s, but there are points in his Pierrot Le Fou that I find tedious in the way I normally find postmodernism in drama. The tedium for me arises from the assumption by the artist that reminding us that something's not real will always be interesting. Sooner or later, you get tired of being led down the same path over and over. But I can't find fault with something like this;

The funniest part of this sketch for me is when the shop owner is desperately trying to seem like a different shop owner. It doesn't make sense, but Michael Palin as the shop owner(s) seems so invested in it, it suggests a reality at the same time it implicitly suggests what we're seeing is unreal. So much of humour is based on this.

To-day I watched the first episode of Nisemonogatari, the sequel to Bakemonogatari. Bakemongatari is a portmanteau of the words "bakemono" and "monogatari", meaning "monster" or "ghost" and "story". "Nisemono" means "counterfeit", something that's fake. 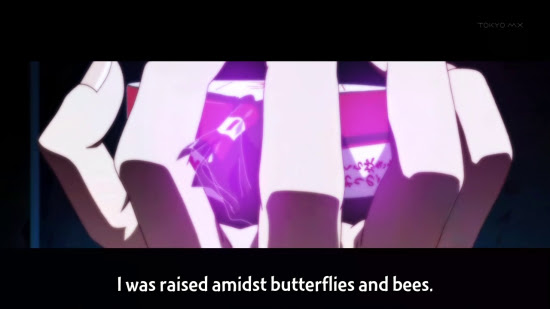 The show's always been filled with pop references, but it doesn't settle with them, doesn't assume that referencing something in pop culture is satisfying in itself. They're components of a broader commentary on otaku, or anime and manga fans. It's so refreshing to come across an anime series with such a complex goal when most anime series are consumed with trying to serve audiences with the same stock characters and situations over and over. With its pop culture references, Bakemonogatari and Nisemonogatari are leading us towards its true goal of examining the cultural fetishes otaku obsessively indulge in. 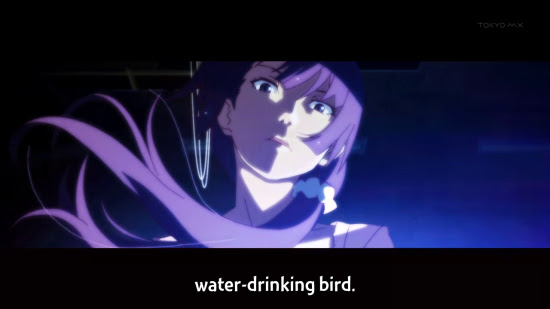 Not unlike Evangelion (a series explicitly referenced in the first episode) did with a more traditional form of storytelling, these shows provide the introspection otaku shy away from. More importantly, instead of the characters and situations in most anime that imply one should be ashamed for most of the compulsions exploited by these shows, Bakemonogatari and Nisemonogatari puts these things out in the open. For example, a typical anime harem series features a boy surrounded by girls interested in him, but it seems to be deemed unworthy of him to ever be shown as anything but put upon or annoyed by the girls. The girls, meanwhile, are typically an array of types--dumb and subservient, dumb and horny, dumb and irritable, or possessing an extraordinary intelligence that makes them impossibly socially awkward, until they gasp in astonishment when the male lead kindly offers his handkerchief or something without seeming like it was much effort for the amazing him.

Bakemonogatari takes these types, then asks what if the guy dared look into the girl's minds and what if the girls were capable of looking back? In order to preserve the forms, perhaps then it's inevitable we end up with S&M. 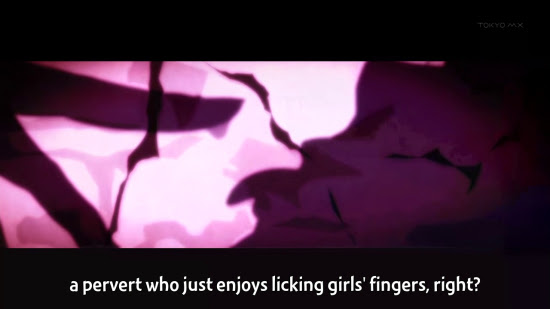 Nisemonogatari opens with the male lead, Araragi, finding he's been kidnapped and restrained in an abandoned school by his girlfriend, Senjogahara, who's identified directly in the first series as being the character type "tsundere", which refers to a girl who is externally hostile but holds an awkwardly concealed affection for the male lead. The delightful thing about Senjogahara and Araragi is that the hostility is a facade they're both aware of. Only Senjogahara seems slightly more cognisant of it than Araragi, or rather is more comfortable acknowledging the truth. 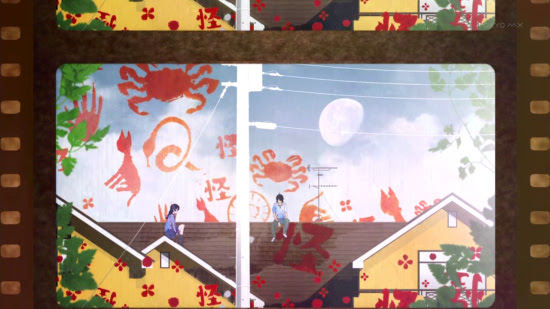 It looks like this series is actually going to focus on Araragi's sisters starting with the second episode, two characters who existed mostly only in voiceovers in the first series. I'm eager to see where director Akiyuki Shinbo is taking us next.