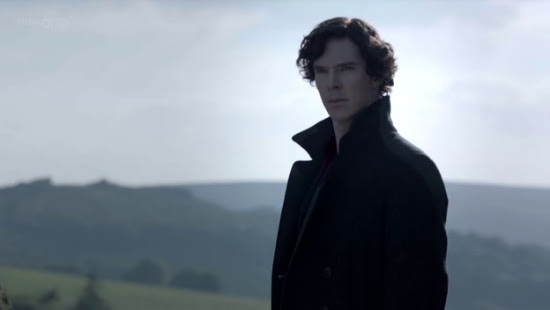 I knew the second episode of this season of Sherlock could never live up to the first. But "The Hounds of Baskerville" would've been bad next to just about anything. Well, I guess it's better than American television seems to be these days.

I'm not normally one to care a lot about plot, but it's not good when less than halfway through a Sherlock Holmes story the end solution is really obvious. One of the great things about Sherlock Holmes is he seems genuinely brilliant. Here he's smarter than most of the people onscreen but still running well behind the average viewer. 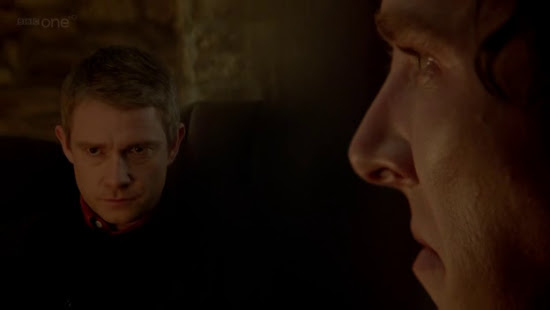 It was badly directed, too. This strange deep focus shot of Holmes in conversation with Watson in a pub after an encounter with a hound didn't serve the subject matter and threatened to cause headaches as it seems exactly like having one eye focused differently than the other. I think they probably used two cameras to achieve this, indeed focused differently, but it reminds me of how they used to do process shots to simulate focus deeper than technology allowed--Orson Welles did it effectively in Citizen Kane, but this Sherlock episode reminds me of William Wyler doing it rather awkwardly in The Children's Hour.

Then there was this shot, part of a set of shots used twice during the episode with Watson apparently having been digitally removed the second time; 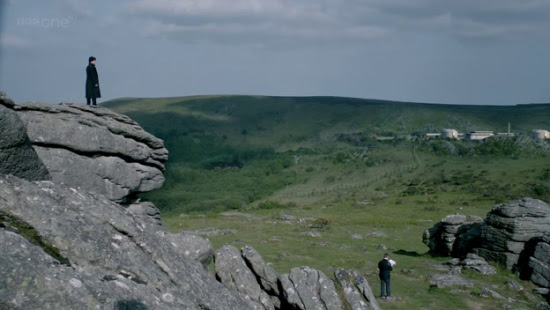 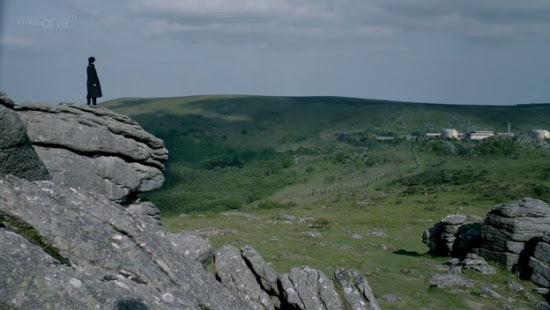 All this I might forgive if the episode weren't a tired X-Files government experiments plot used to eclipse a classic Holmes story. This was bad.