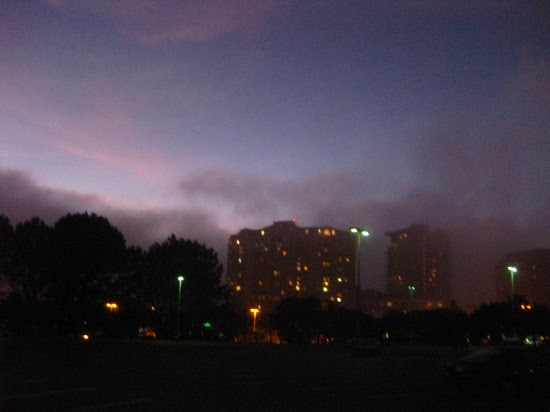 When I went to see A Dangerous Method in La Jolla on Thursday, the fog was rolling up off the sea like a blanket. I wish I could've gotten better pictures. It totally obscured the nearby Mormon Palace. It's not actually a palace, I just like to call it that. It's a decadent temple that looks a bit like Space Mountain.

You can see religion all over the place in La Jolla, the most expensive place to live in the county. Anne Rice lived there for a while. I think she might appreciate this calendar I saw in the mall there; 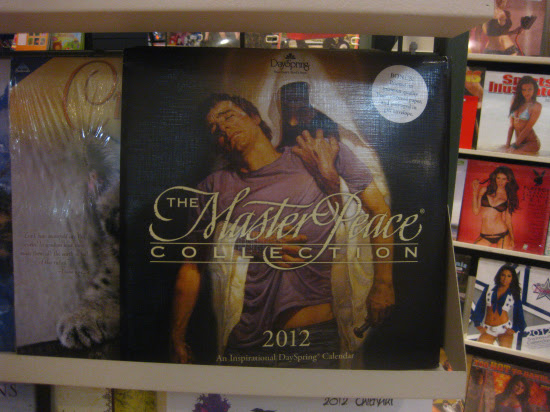 Last night I drank 18 year Glenlivet and watched When Harry Met Sally with my sister. I hadn't seen that movie in a very long time. After The Princess Bride, I'd say it's Rob Reiner's second best film. And it's just amazing seeing Billy Crystal and Meg Ryan when they still had real faces. The dialogue is cute, particularly Billy Crystal's, though not all of it rings true, like when he remarks on how she's the first attractive young woman he's met that he didn't want to sleep with. I also don't think her fake orgasm is very convincing.

Wow. I see Meg Ryan's Wikipedia entry has a photo of her at the premiere of a production of Das Rheingold. Okay, universe, I get it. Wagner. What do you want me to do with this? What's that? You want me to do a painting with you holding me from behind suggestively?