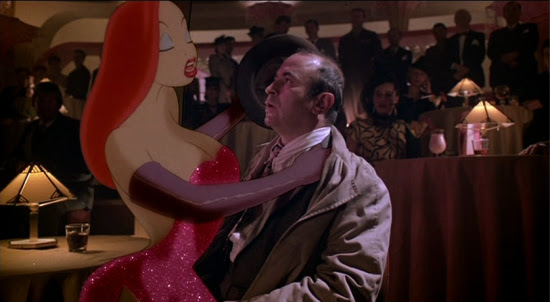 Sleep deprived yesterday, I just watched Who Framed Roger Rabbit with dinner and, gods help me, I started thinking about it in terms of Nietzsche's perspective on the Apollonian/Dionysian dichotomy. As a matter of fact, I think it might be a prime demonstration of the dichotomy, particularly to disabuse people of the idea that Apollonian automatically means stodgy and cold and Dionysian means wild and crazy. Because in Who Framed Roger Rabbit, it's the Toons that exemplify Apollonian and the humans who exemplify Dionysian.

Roger's philosophy, and the implicit philosophy of Toons in general, is that the fundamentally unreal quality of Toons has the power to heal and enrich. Judge Doom, the unnatural Toon, goes against this philosophy not only through murder but also through other real world methods and goals--using money to buy out elections, and pursuing the plan to develop freeways. And it's Doom, the Apollonian creature who invades the Dionysian world, who creates a way to kill Toons, immortality being one of the most fundamental aspects of the Toon's power that distinguished the Toon from the real world humans.

Eddie Valiant is shown as one who once believed in the power of the fantastic, but when reality hit him in the form of his brother's death, we see a demonstration of Nietzsche's assertion that knowledge kills action. Even the fact that Valiant abuses alcohol ties him to the god of wine. 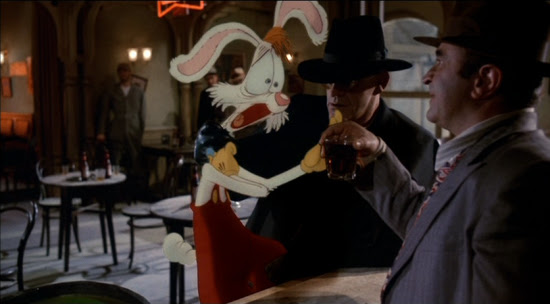 If the film had kept its original ending, where Roger dies, not only would it have been a true film noir, it would have helped emphasise how precious fantasy is when reality can always threaten to overrule it.

The use of realistic consequences in Roger Rabbit and films noir in general would also show the value of Dionysian conduits in works of art.