A Funnel to the Beneficent Spiders

I feel like I'm being pulled in eight different directions at once these days. I had this idea for a drawing I really wanted to do this morning but I had to graph parabolas instead. Now's already nearly 6pm.

I read some T.S. Eliot, too, "The Waste Land". It's a great poem, about a few specific things but great in its portrayal of life's fundamental inadequacy. I thought about this interview between David Bowie and William S. Burroughs where Burroughs observed "Eight Line Poem", from Bowie's album Hunky Dory, was reminiscent of "The Waste Land". Bowie claimed to have never read Eliot at the time but I wonder if he read Eliot afterwards and was influenced by him because I noticed a couple things that reminded me of Bowie lyrics from later in the 70s. The mention of red sails reminds me of Bowie's song "Red Sails". Though I also noticed that the repetition of the line "HURRY UP PLEASE IT'S TIME" reminded me of "We should be on by now" from Bowie's song "Time" which was a song released on Aladdin Sane a year before the interview with Burroughs.

The segment it's from seeming to be about the end of a long, slow death of a dream, its juxtaposition with literal death, the great and powerful, cutting lines about how the corpse planted in the ground hasn't grown anything, adds, as I said, to the sense of the different ways life's inadequacy presents itself to us. Of course, Lord Summerisle might have argued with him on that--listening to the Wicker Man soundtrack lately as I have been of course the line "From that grave there grew a tree" was fresh in my mind. But one might say T.S. Eliot was arguing with Lord Summerisle since Summerisle is a particularly brutal rendering of the Romantic ideas Eliot was reacting against.

Now here are some pictures I've taken lately. The funnel weavers have been out in force; 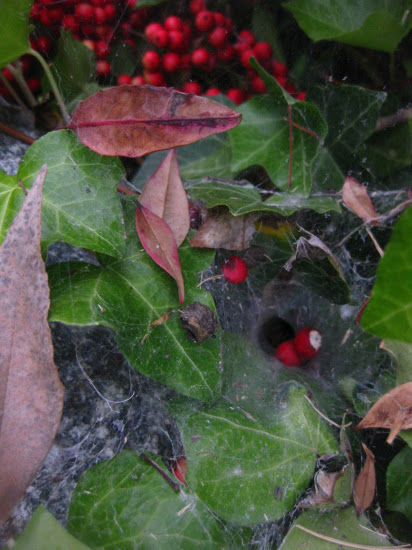 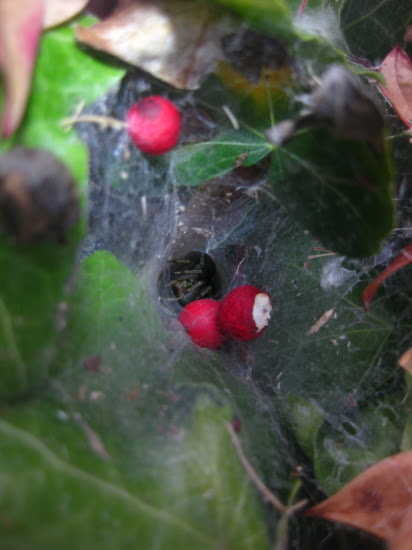 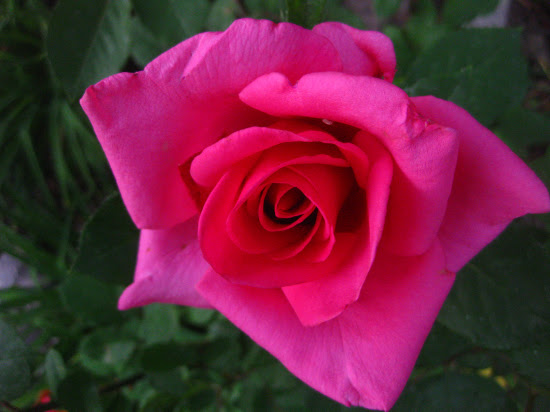 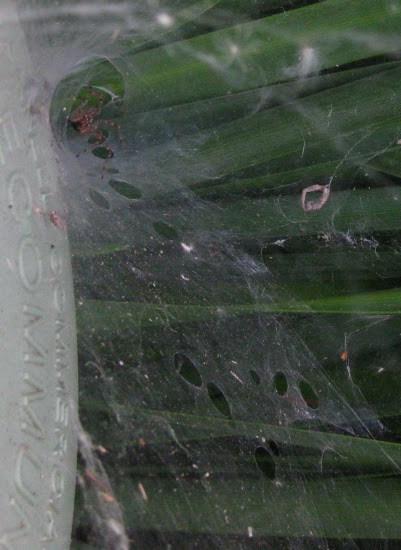 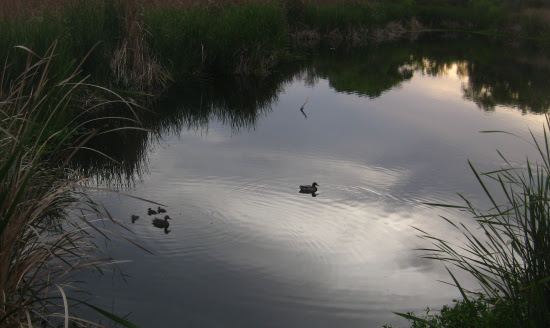