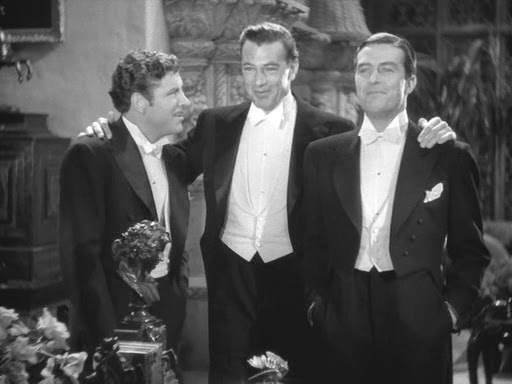 A good adventure movie doesn't merely consist of an exotic variety of locales, attractive heroes and desperate love. It has to be weird, too. 1939's Beau Geste so begins promisingly with a company of French Foreign Legionaries discovering a fort manned by their dead comrades, among whom is a dead man with a note confessing to the theft of the "Blue Water", a legendary sapphire. The bugler from the company sent to investigate the fort vanishes into thin air. 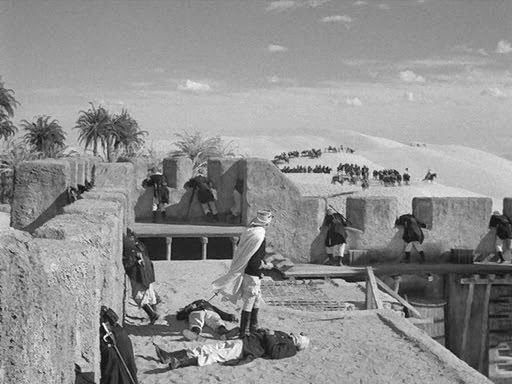 With no explanation, the movie takes us back fifteen years to England and five children--four boys and a girl--playing on a river bank. The boys are brothers living in the home of their wealthy aunt and the girl is her ward. 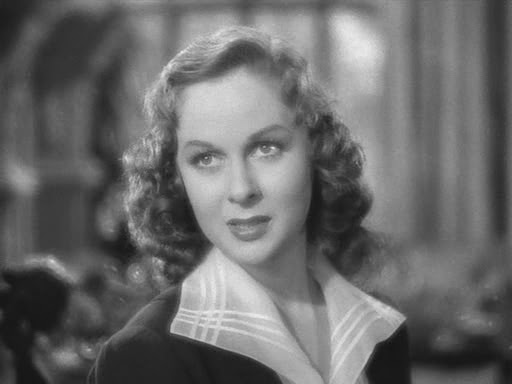 Two of the boys grow up to be Gary Cooper and Ray Milland and the girl grows up to be Susan Hayward in her first major role. I actually sought this movie out because of Hayward, who usually impresses me regardless of the quality of the movie she's in. Here I was surprised by how lame her performance is. Lamed, I suspect, by the careful studio grooming as she speaks with a slow restrained cadence and conveys the most simplistic of reactions to events in the movie. It's like the Susan Hayward I know and love anesthetised. 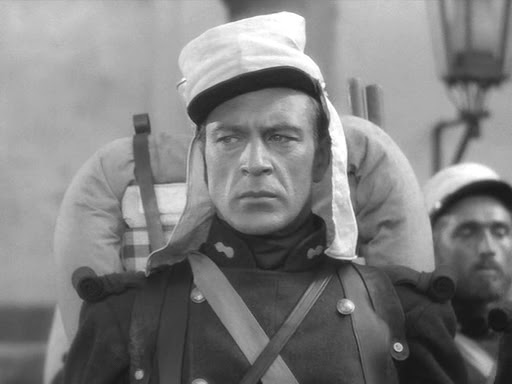 Gary Cooper is miscast as both an Englishman and an aristocrat; the part would have been more suited to Errol Flynn or Cary Grant. The brothers' last name is Geste and Cooper's the Beau of the title, a mischievous, adventurous and above all good-hearted fellow. Cooper seems more natural in the role once the brothers join the Legion. He has a rather effective speech about serving under the French flag he delivers to his comrades who are considering mutiny against their brutish Sergeant.

Ray Milland, as the other most prominent brother, is better cast both because he was Welsh and because he made his comparatively normal character seem very human beside the legendary Beau. He's the one who falls in love with Hayward's character, Beau's the one who takes steps beyond the emotional constitution of an ordinary human. 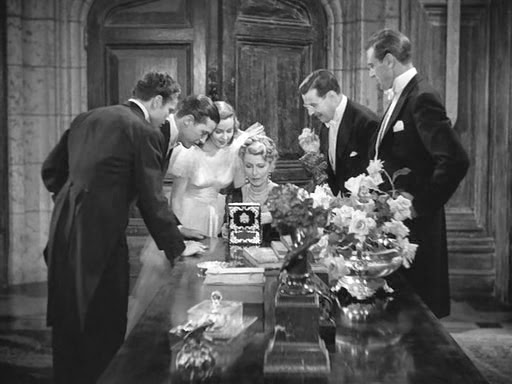 For most of the film, we know one of the brothers has stolen the Blue Water but we don't know which one. The three who join the Foreign Legion tease each other about it with an underlying real concern. It adds a nice extra shade of tension to the story of dissention and survival, particularly considering how the film begins.

It's not a perfect film but it's a good deal of fun.