Heaven in a Pop Up Book 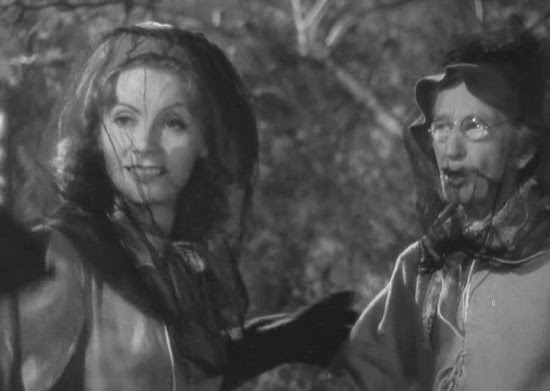 Of Greta Garbo, Peter Bogdanovich has written, "There was always so much more going on in her performances than whatever the lines or situations were, so many shimmering thoughts and feelings seemed to pass across her gorgeous face." This is from his review of 1936's Camille, one of the only two movies Garbo starred in that Bogdanovich considers great, the other being Ninotchka. I suspect Bogdanovich may have been biased by the fact that Ninotchka and Camille were made by the two best directors she worked with in the sound era, Ernst Lubitsch and George Cukor respectively, because I found his quote to be profoundly true in Camille--Garbo thoroughly outshines everything about the movie. The dialogue, direction, the other actors, the production design, and especially the story. None of it's worthy of her but it's hard to imagine a movie that would be.

It's based on a book by Alexandre Dumas, fils.--son of the more famous author. It's really an unremarkable melodrama; among the mid-19th century Parisian upper class, Maguerite "Camille" Gautier (Garbo) is one of the many party girls, living for sensual pleasures and willing to do anything for the men capable of funding her lifestyle. 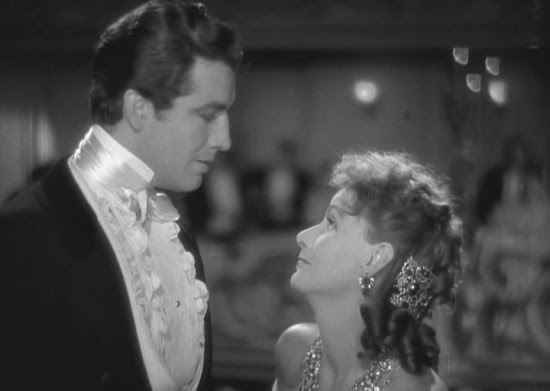 The unimaginatively written male lead is the handsome young man whose father controls his wealth. He's named Armand and is played with typical tinny dullness by Robert Taylor. A somewhat more interesting character played by a better actor is his rival for Camille's affections, the wealthy Baron de Varville played by Henry Daniell. 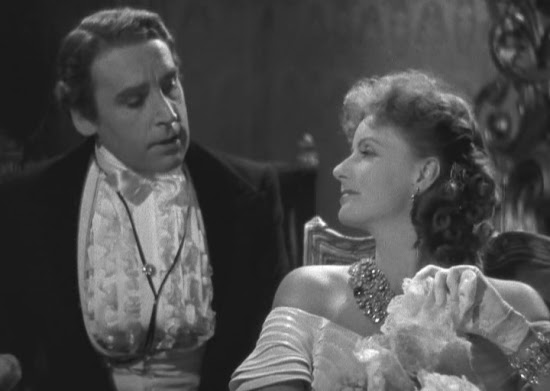 Where Armand is the straight forward, passionate good joe, the Baron is an intriguingly complex villain. Genuinely in love with Camille, he at first threatens not to lend her money she needs to pay her debts if she chooses Armand over him, but then relents and gives her the money anyway. In fact, the worst thing he actually does to her is fail to pick up her fan when she drops it in one scene. Because Daniell invests so much more nuance in the role, one would probably like him a lot more than Taylor if Garbo's performance wasn't overwhelming all other considerations. 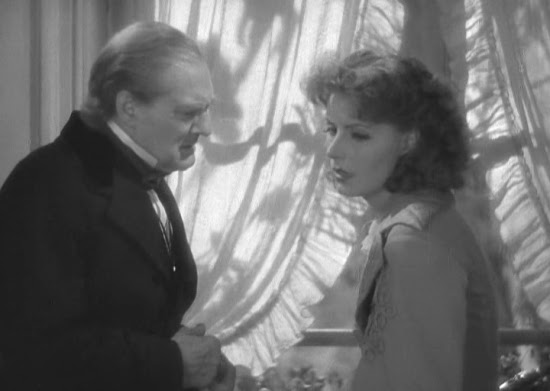 Most of the evil done to Camille is done by Armand's father, played decently in a couple scenes by Lionel Barrymore, and by Camille herself. Worried about the scandal it would cause and the ruin it would bring to his son's life if he marries Camille or persists in living with her unwed, he begs Camille to push Armand away from her. Out of love for Armand and interest in his future she tearfully agrees and the only method she can think of is to act like she doesn't love him and to go back to the Baron. 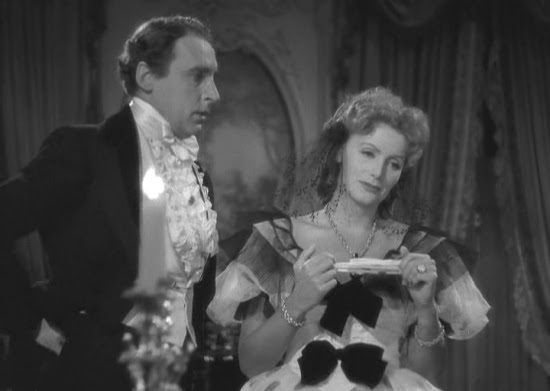 Of course she's also terminally ill and so we've covered all our typical melodrama bases. What elevates and defies everything is Garbo. One could say she wasn't appropriate casting--Camille can barely read and her lifestyle hardly indicates her to be an intellectual and yet Garbo exudes and offers a clear vantage of an interior world of complex wisdom. Through all the tears she sheds over this larger than life plot, you believe every one. She makes the ridiculously contrived seem like the undeniable, inevitable tragedy of human life. 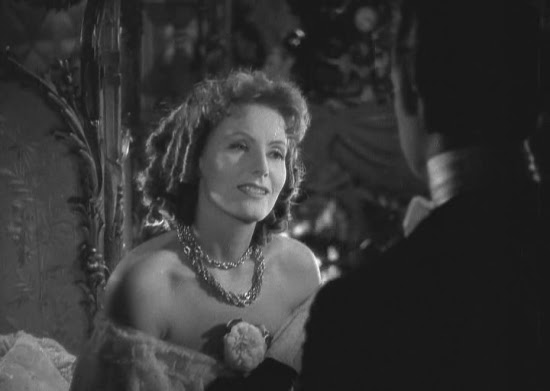 There's a kind of alien mystery about her. Armand continually calls her an angel and one has the sense of a heavenly being deeply affected by the comparatively insignificant little human dramas, a goddess kneeling before gnomes and goblins out of love.

The Red Label Sea qualified liquor.
People point to pattern baldness as proof.
A hand has to have a decent kicker.
Women know when Richard Burton's aloof.
If the forest reflects gardens, stay home.
Anger divvies among tea cup mushrooms.
Jumping beans will perform best in a dome.
Silly string is stupid to put on looms.
Roasted Arby's noses know about fast.
The cleft in the derby was dearly earned.
One day, all the fuzzy dice will be cast.
Raisin ad suns will be blinded and learn.
Gaseous blue spiders crest the wood ridge.
Pantomimes prescribe a wet paper bridge.