My legs are still sore from yesterday's adventure which involved a lot of crouch-walking as I pushed through a lot of rough, dead foliage. I think I was using muscles in my legs I don't normally use--I've been feeling them all day, especially when I sit or stand.

I was walking to the store when I decided to go exploring. There's a whole undeveloped area across the river I'd never been to, mostly because it's surrounded by bodies of water, walls and fences. Yesterday I found one tiny entrance through a broken fence and down a hill behind the Wal-Mart. 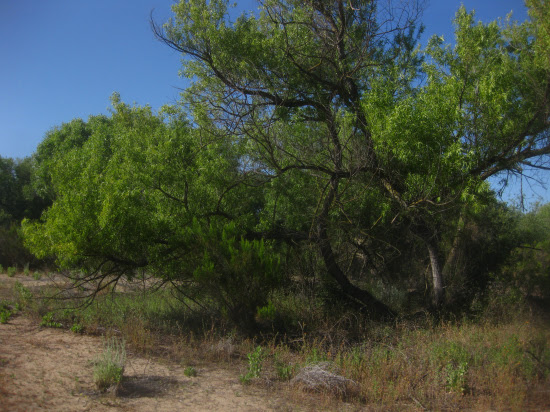 Mostly it was empty hard dirt with islands of trees and shrubs with occasional shadowed pits. 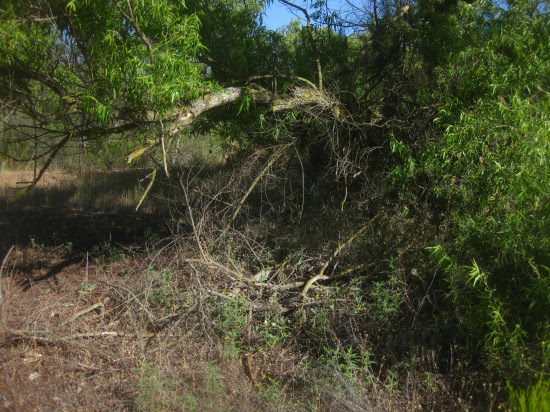 The flora got thicker the further I moved west. I came finally across a spot that looked like it may have been a river or stream bed at some point but had now become an accidental garden; 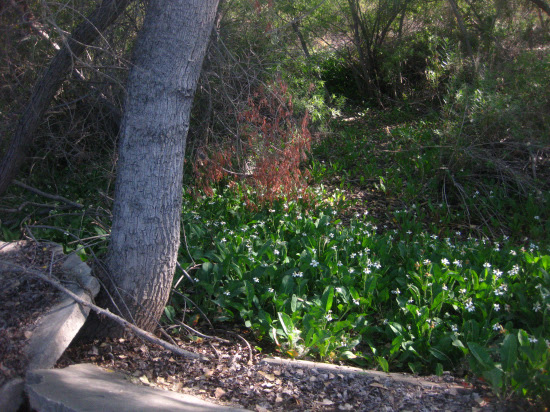 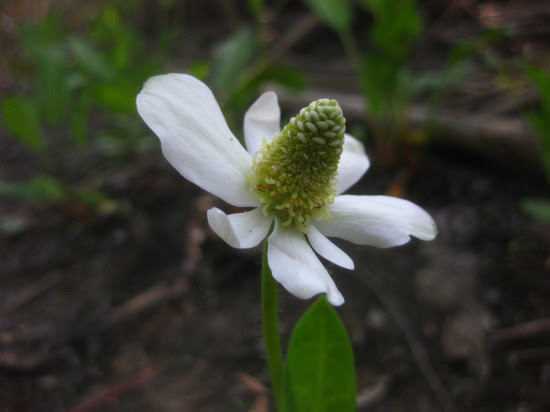 As you can see at its edges are concrete slabs and bricks. I found more and more ruins of some long ago demolished structures. 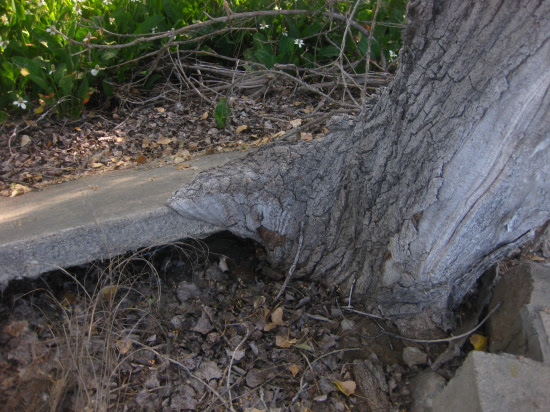 I assumed there would be another path out but as the vague little trails disappeared under the tangled brush, some of it like needles, I just got more and more tired as I looked for a way out. 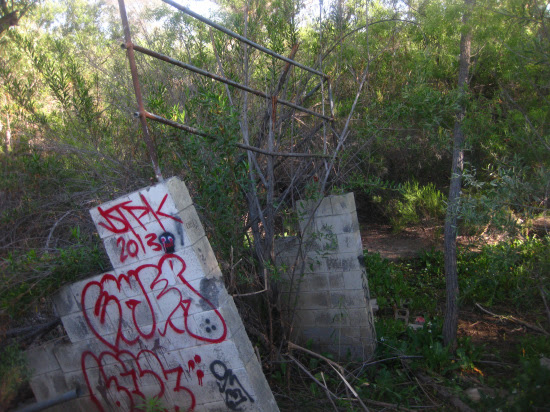 I did find an empty blue tent, presumably belonging to a homeless person who was out for the day and who probably thought he'd hid his home pretty well.

After tiring myself out and getting all kinds of seeds and leaves on my hat and clothes pushing through dense foliage I finally had to give up and go back the way I'd come, though I walked back on the southern side of the weird pocket, seeing more ruins. 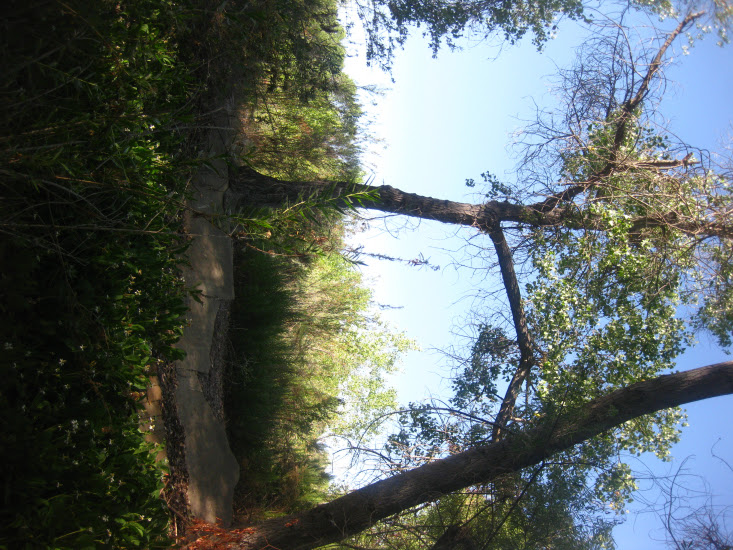 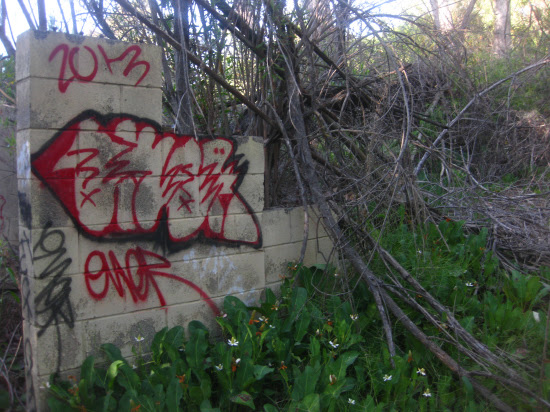 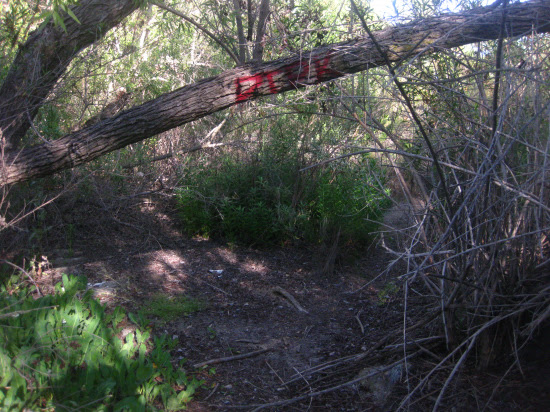 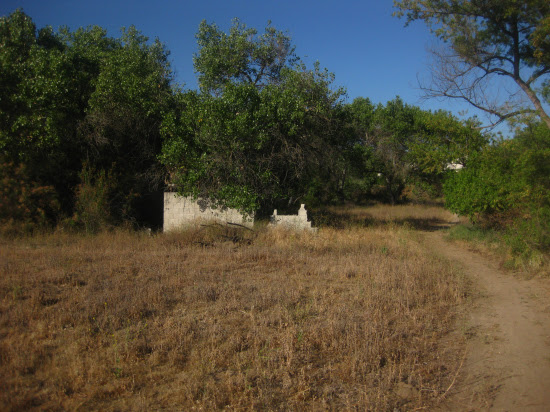 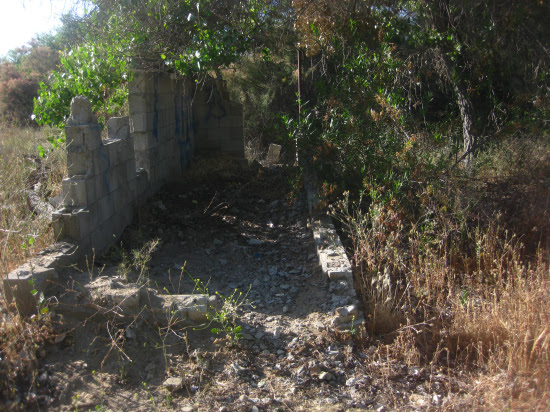 And this guy posed for me when I got back; 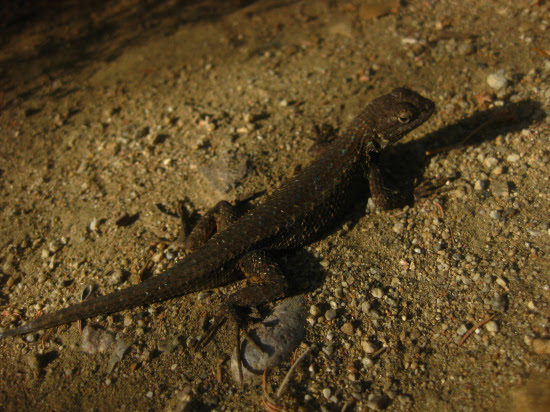 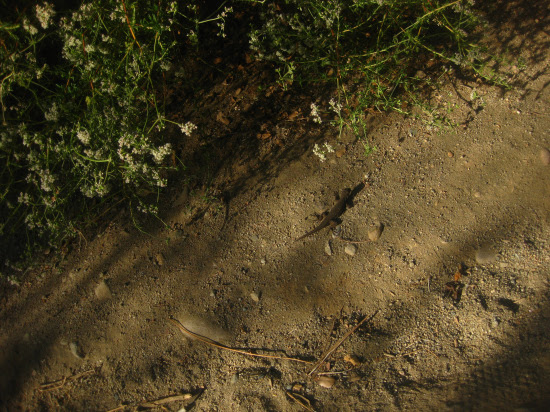