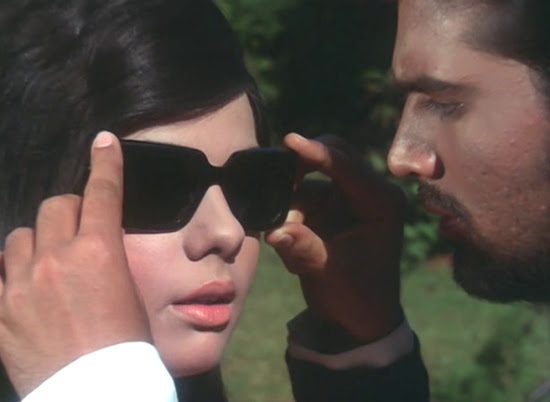 I've never seen a mess quite like 1969's Do Raaste. It's not an absolute mess like Manos: The Hands of Fate because it actually has some good performances. But it also has a lack of focus, a tedious, unimaginative melodrama, and a disappearing, reappearing beard. 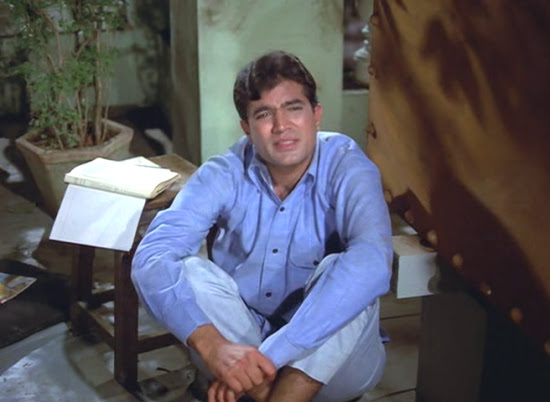 At first I thought it was two guys. In one scene, a clean shaven guy talks about how he's going to win the heart of Reena, played by the lovely Mumtaz. Next, we see a bearded gentleman pitching woo in a decent enough musical number. 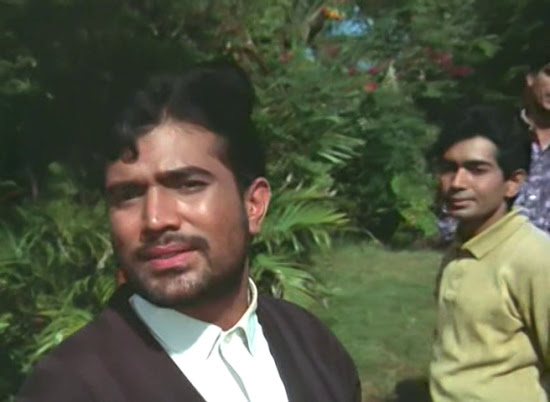 I thought these guys were rivals. I thought the joke, in one scene, where Reena sets up a prank for the bearded guy, is that the clean shaven guy falls for it, walking into the women's restroom with an "office" sign pasted on the door over "Ladies". But no, both men are played by Rajesh Khanna, and both were meant to be the character Satyen Gupta.

The imdb entry has only this to say about the beard;

Rajesh Khanna appeared unshaven because he had to be unshaven for his role in Ittefaq and was filming both movies simultaneously.

I guess he considered Ittefaq more important. I haven't seen Ittefaq, but it's not hard to believe it's better than Do Raaste. 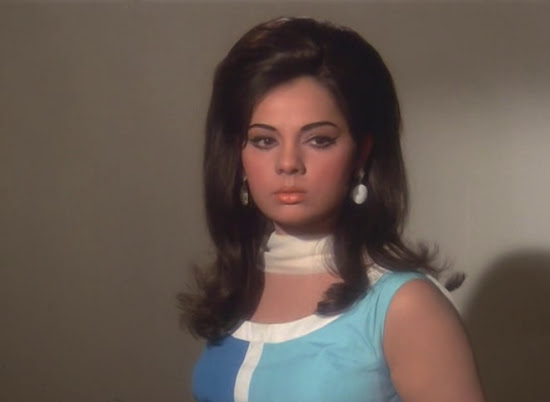 Do Raaste begins charmingly enough, its first hour or so involving a fun, catty flirtation between Mumtaz and the randomly beardless Khanna. All the best songs involve the two of them.

Then the movie derails as it obsesses with a stupid melodrama about Satyen's brothers, Navendu and Birju--Navendu being the eldest and head of the family, Birju being the guy who marries Reena's snooty sister who moves in and habitually insults everyone. Birju and his wife move out in a huff, then Navendu loses his job of twenty years, the brothers' mother contracts an unnamed fatal illness, Birju gets a huge promotion and refuses to let his brothers into his new, lavish home, etcetera. There's a lot of grandstanding about how so-and-so doesn't do a brother's/sister-in-law's/son's duty and selfless sacrifices by two dimensional good characters. Meanwhile, Mumtaz and Khanna are all but completely sidelined. There's some implicitly endorsed wife beating to round out the suckfest.

Balraj Sahni gives a good performance as the elder brother, as does Veena as the mother. But their performances are wasted on one stupid line after another.

Posted by Setsuled at 6:01 PM
Email ThisBlogThis!Share to TwitterShare to FacebookShare to Pinterest