A Funnel to the Mine 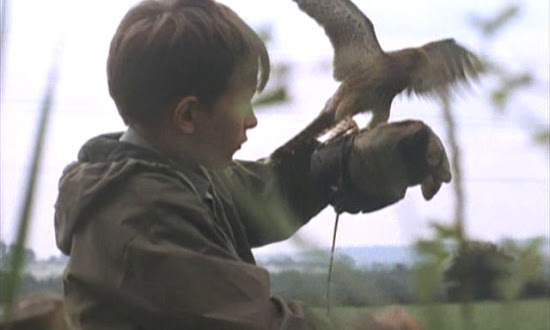 I knew how 1969's Kes was going to end only a few minutes into it. I don't think that diminished the film. Rather, it's a film that keeps its promise of doom. Shot in a realistic style, coming at the end of the initial influence of the New Wave, with actors and locations authentic to the story's Yorkshire setting, it's an effective portrayal of institutionalised hopelessness and a cycle of habitual brutality.

I kept thinking of The Smiths' "Headmaster Ritual", especially the Radiohead cover of the song, since the film's lead, David Bradley as fifteen year old Billy Caspar, kind of looks like Thom Yorke. 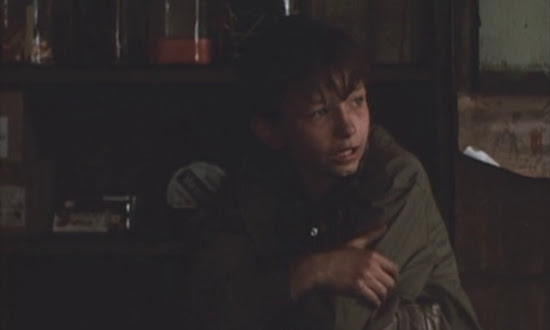 Billy's father has been away, maybe ran off, and his older brother works in the coal mine, which, despite his protests, looks to be Billy's fate, too. It's a town full of resentful, unfulfilled people whose unhappiness manifests in sadism. Particularly at school where Billy is bullied by the older students and humiliated by the faculty, including a gym teacher who punishes the kid for not defending a goal during a football game by forcing him to stay in a cold shower while he watches.

Billy's latent humanity and potential for a healthy emotional maturation are represented by a kestrel he captures and trains. The activity displays in Billy a capacity for sensitivity to natural beauty, patience, and ingenuity that his family and school work hard to beat out of him.

Even so, Billy's already shown to be prone to fights and some small amount of bullying himself. It's not hard to see the future Billy in the very adults who torture him because, as The Smiths' song says, they're "jealous of youth." They're old enough to know they've been denied something, but the same damage makes them deal with it only by perpetuating it. When, at the end, Billy pleads with his mother for help, at first she sympathises, but then her own unmet needs compel her to drive him off. For so many, then, the quick gratification of sadism becomes a compulsion.

Posted by Setsuled at 3:08 PM
Email ThisBlogThis!Share to TwitterShare to FacebookShare to Pinterest