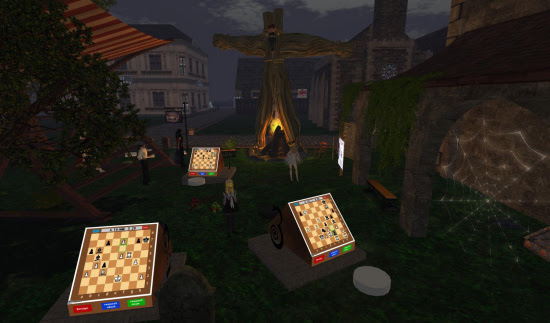 From to-day's chess tournament. The winner, and so Queen for a day, was Celia, the co-owner of my Queen Alice Chess Club, an incredible player from Belgium. We tied her to the Wicker Man and burned her alive in offering to the goddess of the fields. 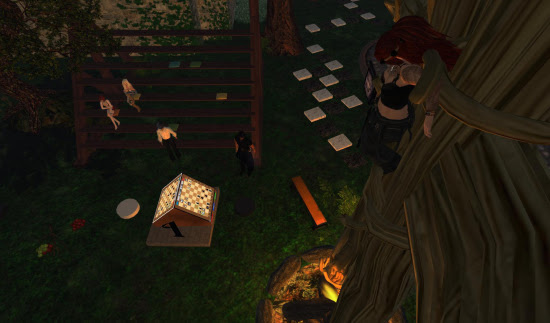 Let no-one tell you putting together a chess tournament is easy, even a Second Life chess tournament. I meant to spend an hour setting up for it last night but spent four hours and then more time this morning. We only ended up with six players and about fifteen spectators, which is about what I expected. I lost count of donations coming in for the American Cancer Society, though, which is probably a good sign.

The boards I set up last night ended up not working, the server connected to them having crashed. As luck would have it, someone was there eager to supply new boards. Otherwise things went off without a hitch. I look forward to a good harvest. 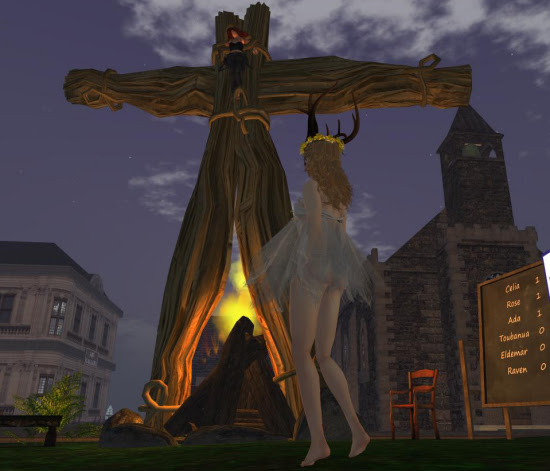