It's the Charm of Magnetised Metal Shavings 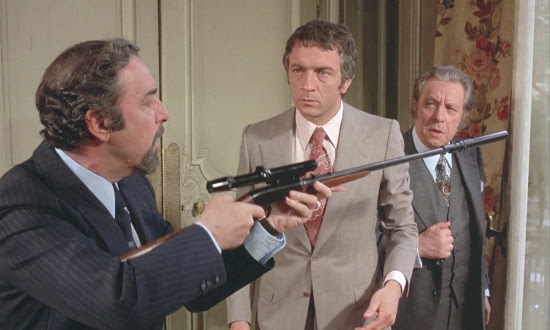 There is a charm to the foreign ambassador who reveals his hiding place under the table to a group of militants, intent on killing him, just so he can grab a piece of food off the table. Though one may enjoy the film with the perspective that it is ironic, the title of 1972's The Discreet Charm of the Bourgeoisie is not, in my opinion, wholly ironic. The group of bourgeoisie friends this Luis Bunuel movie focuses on are indeed shallow and insensitive, but while Bunuel pokes fun at them here and there, the beauty of this film is in how it shows the basic dysfunction of their reality, which also lends them a genuine, discreet charm.

The bourgeoisie here display a sort of refined disconnect, a selfishness so fundamental it has no concept of shame. Whether it's the woman who cheats on her husband without the faintest care that he was just in the room, or the ambassador absent-mindedly fondling the breasts of the terrorist woman he's captured in the act of trying to kill him, or the group of women who can barely pay attention to the strange lieutenant who approached them to tell a story about his dead parents ordering him to murder his step father, life around these people is so absurd it's almost meaningless: only their hunger and lust have meaning. 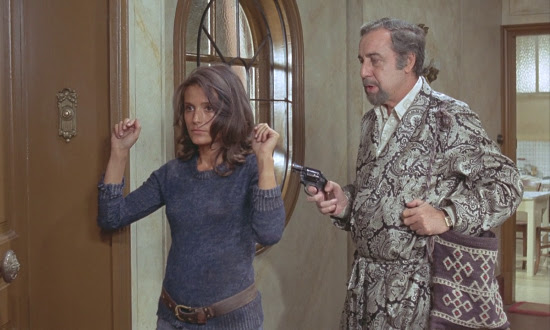 There are several dream sequences in the film, including a dream within a dream within a dream, and waking life seems to have dream logic, too. The stop-gaps of characters waking up seem like little more than paragraph breaks. In the most conspicuously dreamlike moments, like the lieutenant's story, or when the bourgeoisie find their dining room and meat are made of cardboard and rubber, one gets closer to genuine feeling. 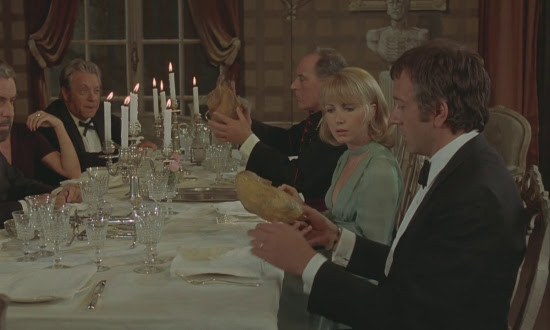 They panic as the fake dining room is revealed to be a stage and they've forgotten their lines. Another dream features a soldier meeting a dead cousin and then his dead mother and then wandering into a house to find both have vanished. The sense is there is a distant river of true human emotion and need that the bourgeoisie can detect only in distorted or symbolic form. 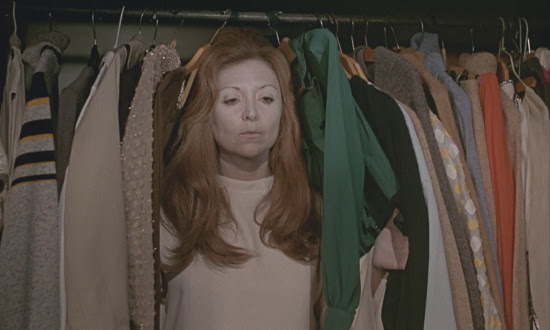 In an early scene, they show up at a restaurant and settle down to eat only to find the proprietor has recently died and is being viewed in state elsewhere in the restaurant. Two of the women find they cannot eat in a restaurant with a human corpse in the next room. Later, they're all arbitrarily arrested before being arbitrarily released after a call from a government official. Each time their plans for dinner are thwarted, they start again--threats of violence and imprisonment appear strangely without lasting impact or intelligible relevance. 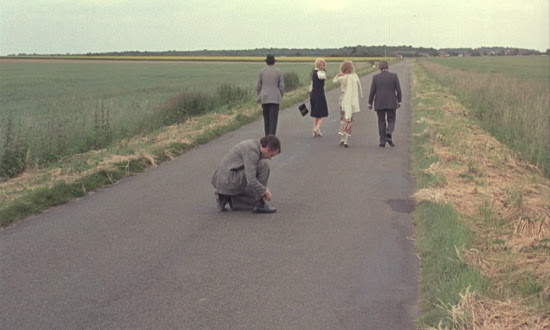 A shot of the group walking on a remote country road to an unknown goal is repeated throughout the film. The movie is like watching life from the points of view of lobotomy patients in a labyrinth.