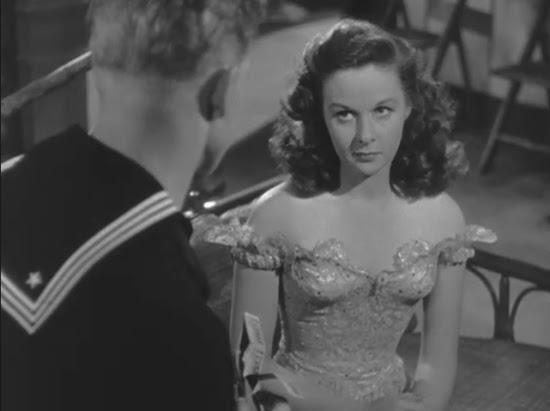 Now this is the Susan Hayward I was looking for, at least for the first half of 1946's Deadline at Dawn, an at times clumsily written but still good film noir. It's a somewhat unfocused story about perhaps too many characters that nonetheless pays off in the end with some impressive moral ambiguity even for a noir.

Hayward got top billing and Paul Lukas second though Lukas doesn't show up until thirty four minutes in, as a cab driver. The real male lead for most of the picture is Alex (Bill Williams), a Navy sailor on leave who wakes up from a drunken blackout in a newsstand with fourteen hundred dollars stuffed in his pants. 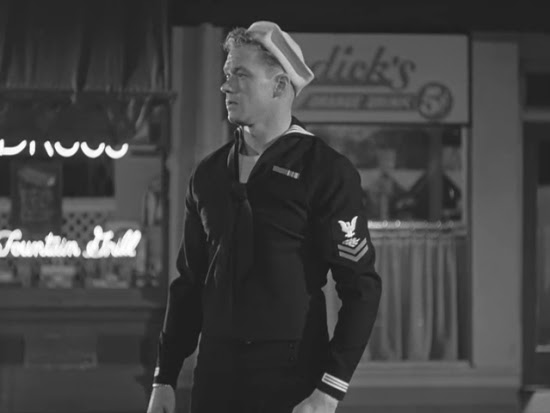 We come to know Alex to be a tender-hearted knucklehead who wouldn't think of "hugging" the woman who took him back to her apartment and plied him with whisky. In my opinion, if a woman comes on to a drunken sailor on leave and he shuts her down, that's not chivalrous, it rather insulting. I can't blame her for breaking the radio he carries around, the repairs for which being the reason we eventually learn he'd taken the money from her purse. 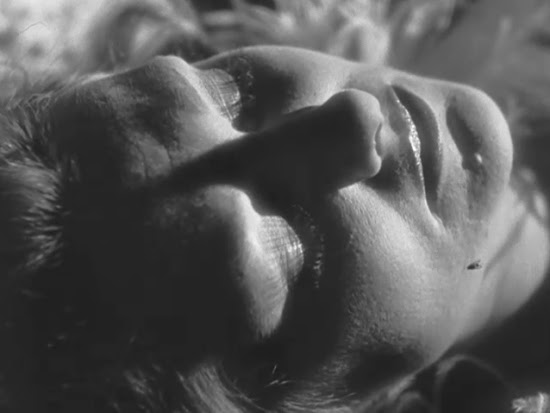 The spurned woman is Edna Bartelli (Lola Lane) who spends most of the movie as a corpse Alex fears he's responsible for since he can't remember what happened in his stupor. Not knowing what to do, he wanders into a dance hall where June Goth (Hayward) works, dancing with fellows who buy dance tickets. She takes him back to her apartment, too, and again he's too innocent to do anything about it but he does offer her the money before he goes. 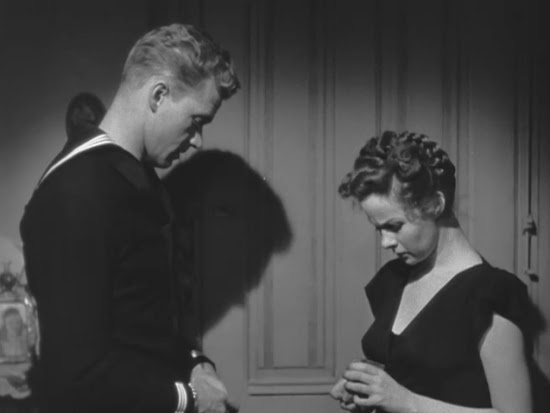 The exciting thing about the first half of the movie is that Hayward basically assumes the detective role here. When she sees the money and hears his story about the dead woman she knows this chump is in over his head and since she's clearly smarter than him she needs to be the one to get this sorted before he has to report for duty at 6am.

There's a good scene where she tracks down and interrogates a woman she learns from a soda jerk had fled the scene. She pulls Sherlock Holmes' trick from "The Blue Carbuncle" as she and Alex walk away from sodas they'd just ordered--she goes back and asks the soda jerk to settle a bet for her and Alex and tell them he'd never seen someone walk away from sodas they'd just ordered and paid for. 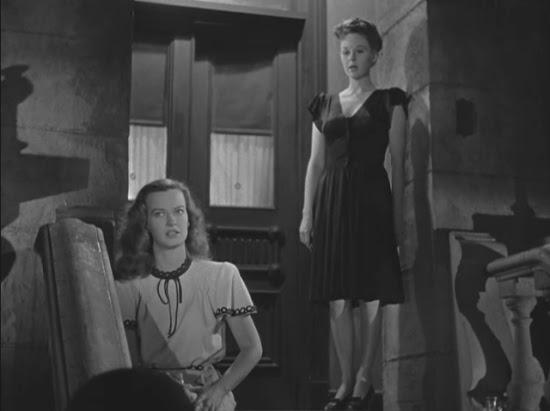 It's disappointing the movie stresses that Hayward is doing this stuff out of a maternal instinct--calling Alex a "big baby". When Paul Lukas shows up and takes centre stage it's almost like someone in the production said, "Okay, guys, enough fun, we can't seriously build this movie around a girl gumshoe." And yet, where the story goes with Lukas' character is actually rather interesting.

The movie's only an hour and twenty minutes yet it seems to pile on a new character with every scene until the group working together trying to find Edna's killer includes Alex, June, Gus (Lukas), a gangster (Edna's brother), a guy Edna was blackmailing and his wife. 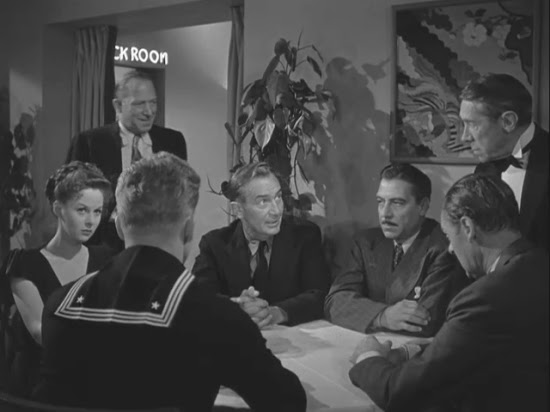 The gangster's interesting and he gets off pretty light considering this was during the Hays era but I would've liked to have spent a lot more time with Hayward's character. Which is probably why I have a big pile of Susan Hayward movies on my hard drive to watch.