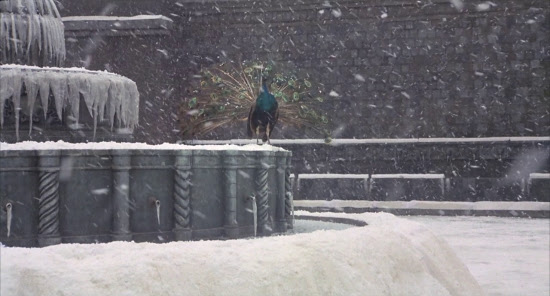 "God, I love huge breasts," wrote Patton Oswalt about Federico Fellini's 1973 film Amarcord, "and this one’s got two of the hugest-est." One could say that the film itself is like a pair of enormous breasts; beautiful and sort of absurd, suggestive of visual and tactile extremes, lacking and not requiring coherent narrative, and resistant to containment. The movie is like a Bruegel painting, conveying a mass of ridiculous humanity evocative of humanity's beautiful and myriad strangeness through use of extremes that seem to elevate the ordinary. 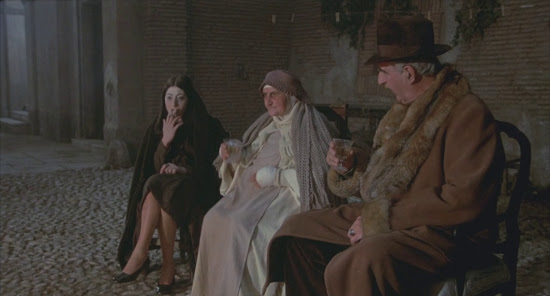 The film takes place is fascist Italy, just before World War II--a poster at a cinema of Fred Astaire and Ginger Rogers' Follow the Fleet places the film no earlier than 1936. It's somewhat autobiographical, the teenage boy Titta seemingly representing Fellini, particularly since he seems drawn to the cinema, though in one instance it's only so he can try to make out with the town's unofficially recognised beauty and style queen, Gradisca, who nurses an obsession for Gary Cooper. 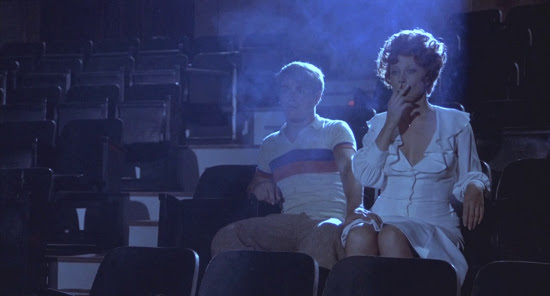 Hers aren't the breasts of which Oswalt writes--those belong to the woman who sells tobacco, who is all kinds of large. 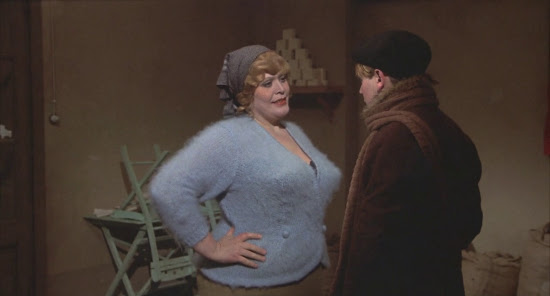 Fellini rarely misses an opportunity to make a character unusually large, unusually small, or bearing some other extravagant feature. In one vignette about an Emir visiting the town, it comes as no surprise to find the Emir is a little person and his entourage includes an enormously fat man and a man with enormous eyebrows. 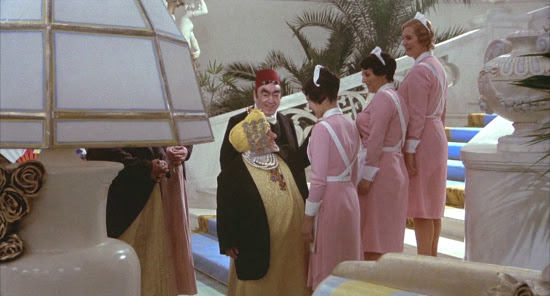 Unlike La Dolce Vita or 8 1/2, Amarcord does not assemble its aimlessly roving and arguing and copulating party to brood so much on the deterioration of the soul or a desensitising wilderness of sensory overload. This movie uses many of the same techniques to present an affirmation of life's impossible and casual complexity. The various townspeople are shown compulsively moving through life in pursuit of their needs and desires only occasionally on track with their beliefs or duties, whether they be to career, reputation, fascism, religion, or aesthetic. 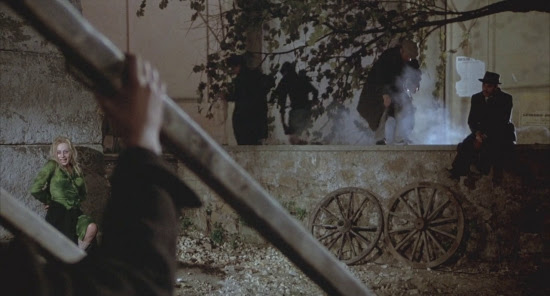 Posted by Setsuled at 2:46 PM
Email ThisBlogThis!Share to TwitterShare to FacebookShare to Pinterest