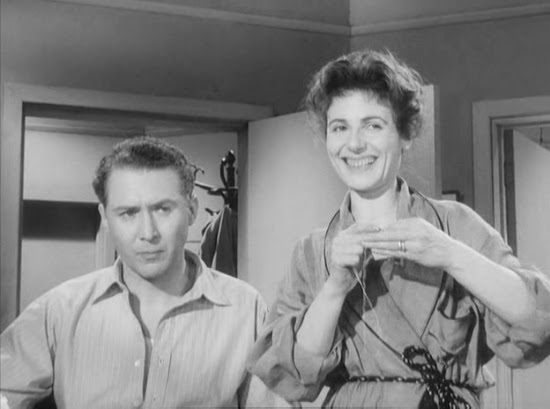 It's a bird, it's a plane, it's . . . a Woman in a Dressing Gown (1957)*. "Let me tell you I've been on my feet since seven while you were snoring," says Amy Preston, the eponymous woman, to her teenage son as he and her husband eat breakfast.

"I never said you didn't work, Mum," her son replies, "Nothing's organised. You work like a horse but you never seem to get anywhere." Indeed, the family flat is crowded with dirty laundry and dishes and other unfinished chores as all the while Mrs. Preston bustles about, ever busy. It's for this reason her husband, Jim (Anthony Quayle), feels justified in his affair with his secretary, Georgie (Sylvia Sims). The movie is a well made, rather dated, and sort of incidentally charming film that daringly, for its time, discussed infidelity and divorce. 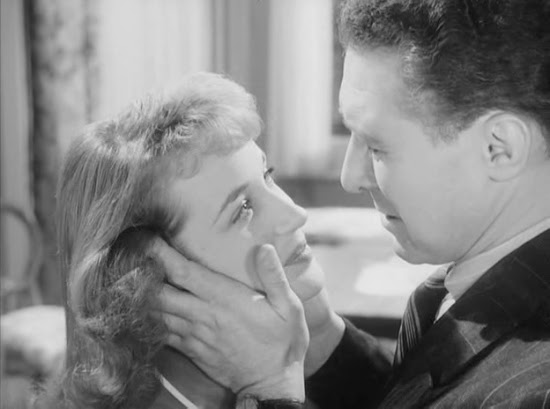 Quayle and Syms give fine performances but their characters aren't particularly interesting. The movie attempts to be even-handed by showing Jim tormented about the impending break with his wife. Georgie talks about how a woman should try harder after marriage, not just make all the effort to be pleasing to a man beforehand. Georgie is such a dull, perfect little 1950s wife that it's difficult to find much sympathy for Jim, who really seems to be leaving Amy and his son entirely for his libido. 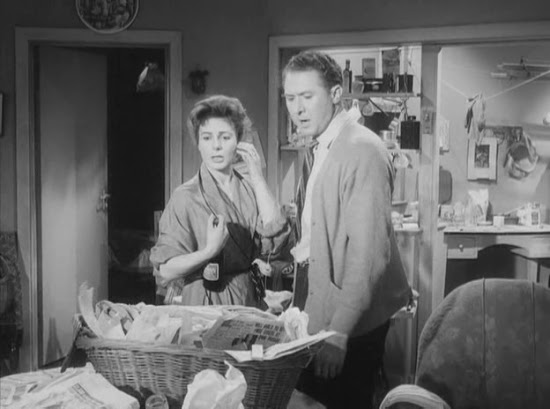 When she invites Georgie and Jim to talk over their situation, she decides to spend the day beforehand getting ready in order to compete. So she pawns her engagement ring and gets her hair done and buys some whisky so they can have a nice civilised discussion. Of course, it rains and her hair is wrecked and when she gets home she absently gulps down straight whisky while commiserating with her neighbour. 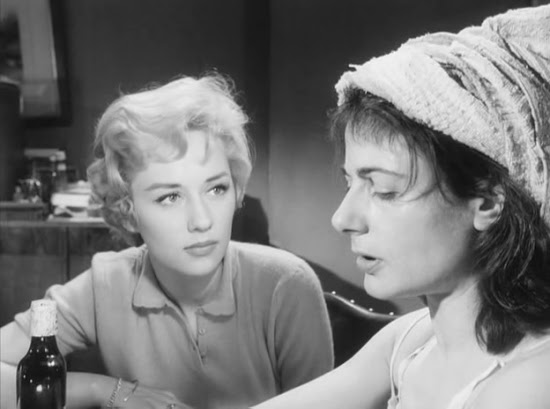 Some of this stuff is pure, tragic slapstick. She decides to add a tablecloth to the table after she's already poured the drinks and after some careful manoeuvring she succeeds only for the table to break and the glasses to tumble to the floor. She cries and collapses in bed which is where Jim finds her when he brings Georgie home.

Although the movie takes some pains to show how Jim would reasonably want to leave Amy it's hard to see him as anything but a limp douchebag for even thinking about it. 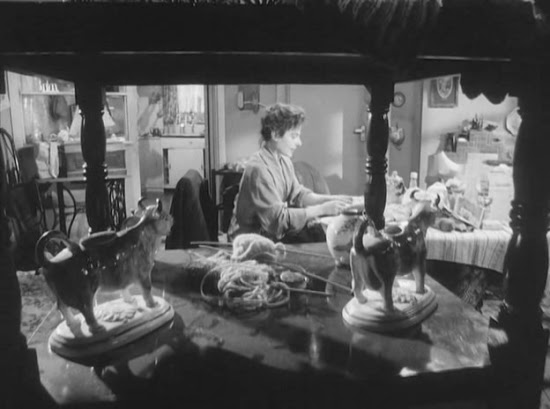 But the movie's nicely, expressionistically shot and it's easy to enjoy Amy for her own sake.

*I was going to see Man of Steel yesterday but couldn't work up the enthusiasm.