I'm clumsy in a way to-day that tells me I have a hangover but all I had last night was a glass of Armagnac. Maybe it was the less than eight hours sleep, though I've functioned much better on the same amount in the past. Whatever the case, I spilled half my oatmeal this morning, accidentally ground two pots worth of coffee beans, and played really lousy at to-day's chess tournament. Hopefully I'll have myself together by to-morrow at noon when I'm organising my own chess tournament.

A couple French women whom I met at the Second Life birthday party--they teach French in SL--recommended the Armagnac to me. They mentioned bordeaux and I said, when it comes to wine, I'm more of a Cognac person and one of them said, "Ah, that's too far north. Try Armagnac." Armagnac is a brandy made in the Armagnac region of southern France. I got the cheapest bottle at BevMo, which turned out to be Marie Duffau. I'd say it has a slightly cherrier flavour than cognac. 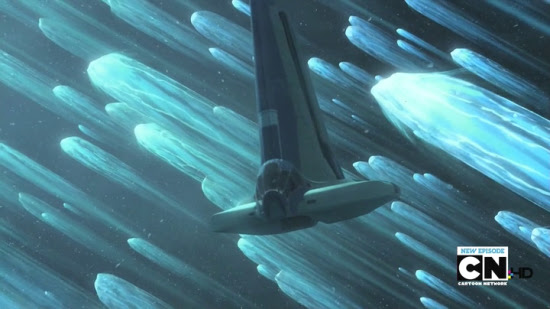 Maybe this is a good time for Clone Wars to be cancelled. I'm just over halfway through the fifth season now and I find it is the best season in terms of visuals and the worst in terms of writing.

The season's comprised almost completely of arcs that feel, in terms of format, like individual old Doctor Who serials (it's fitting, I suppose, David Tennant guest stars in this season). The somewhat surprising success of the previous seasons is probably the reason for the far more sophisticated computer models and lighting and more nuanced and complex facial expressions on the characters. I'm part way through the best looking serial of the season which tells the story of a squad of droids on a a mission for the Republic. 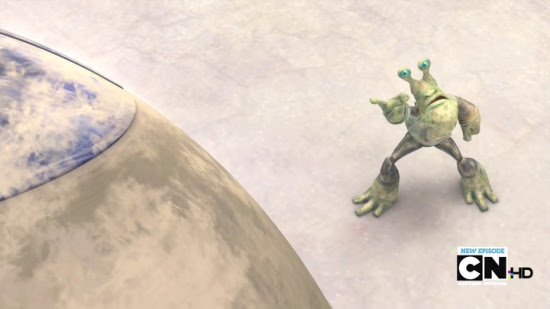 The group comes out of hyperspace among a number of comets reminiscent of the comets in the old Star Tours. They crash land on a barren desert planet of white sand and orange skies.

It looks like old early Star Wars concept art and is very cool. Unfortunately, the serial, like the others of the fifth season, features things that remind you of why the first two prequels were so bad. The droids are led by a tiny frog alien who speaks like the drill sergeant from Full Metal Jacket. 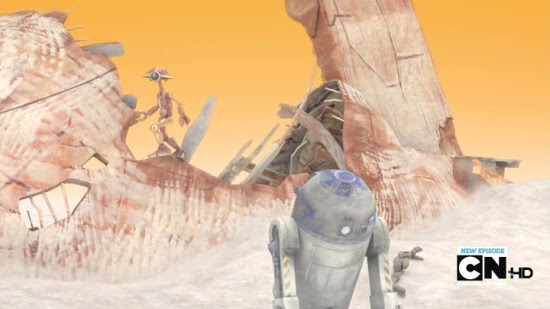 A caricature, much in the way Jar Jar comes off as a minstrel show, though not as racist. It highlights that it's not only the racial connotations of Jar Jar or the Japanese sounding Trade Federation guys that diminishes the Star Wars universe but the fact that Lucas is so closely identifying something in the galaxy far, far away with something in ours. Similarly, the first serial of the season fails for being a thin allegory for U.S. intervention in foreign wars.

The story follows the Jedi Ahsoka Tano lending instruction--though not direct aid--to some rebel forces on a Seperatist controlled world. The Jedi Council is very firm in forbidding Ahsoka from directly aiding the rebels, whom the planet's establishment call terrorists, because they have to respect the sovereign rights of this world's government.

That kind of thinking may make sense if the planet's government weren't publicly aligned with and supported by the faction with whom the Republic is already in open war with. This isn't like deposing Saddam Hussein or trying to prop up a minority in Vietnam. This would be more like liberating Nazi occupied Poland.

What made the first few seasons of Clone Wars work so well is missing--a sense of spontaneity and the impression that anything that can happen in a chaotic galaxy at war could happen here. There was a refreshing free-ranging imagination at work that's just lacking in this final season.