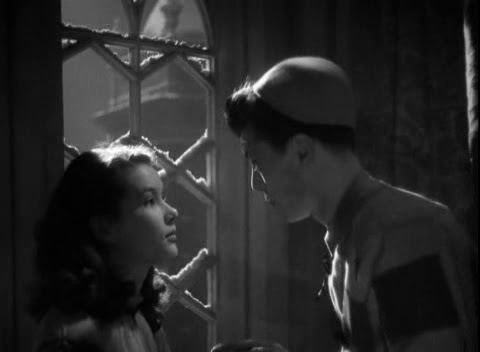 Perhaps all the morality a ghost possesses lies in those who witness it. There are two kinds of stories in 1945's Dead of Night, an English anthology horror film: stories of benign encounters with the supernatural and stories where the supernatural assists the witness in self-destruction. It's a delightful film with an easy going wit and it's also feverishly obsessed with the enigma of personal character, the question of justice constantly agonised over.

The framing story is of a group of people meeting in a large country house. One of them, an architect named Walter, tells the others of a recurring dream he's had that gave him foreknowledge of every detail of the gathering. The dream had also revealed that the gathering would end in a terrible disaster. 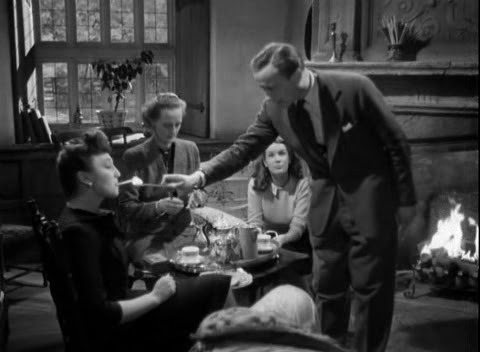 The movie proceeds with five vignettes, each told by one of the other guests to illustrate their own encounters with the supernatural. When one remarks how it's funny they each should have had such an experience, someone else observes that maybe it's not so strange. Maybe everyone has these experiences and normally never mentions it.

In one story, a man is warned in a dream to avoid a situation that ends in death for others. In another story, a teenage girl encounters the ghost of a child who finds peace because, assuming he's a real child, she sings to him and comforts him when he's crying. He says he wishes she was his sister since his real sister was very cruel to him. 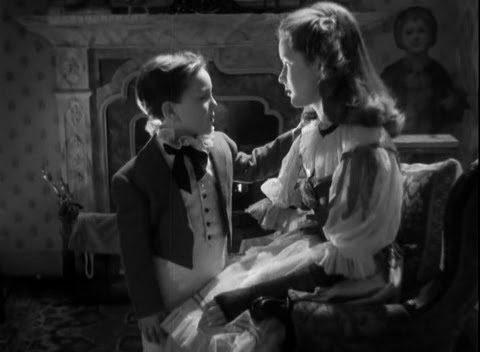 In both cases, the way the supernatural force treats the protagonist causes the protagonist to reflect on his or her character in an attempt to find meaning in the experience. These are also the first two stories. 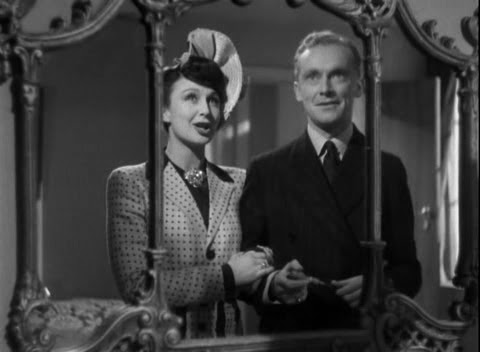 They plant a seed of thought that turns on the third story. Told by a character played by Googie Withers, it's really more about her husband to whom she had given an antique mirror. Inside the mirror he sees the room in which the mirror used to belong and the strange reflection begins to distort the man's self-image. It's a nice metaphor about how violent and abusive behaviour can be built on prolonged contact with a complex delusion or illusion.

The fourth story is a rather amusing bit of dark comedy, following two affable hardcore golfers who fall in love with the same woman. That doesn't stop the three of them from talking it over like civilised people over drinks. Finally, the two men decide with affable satisfaction that the question can be settled with a game of golf at the end of which the loser shall commit suicide. 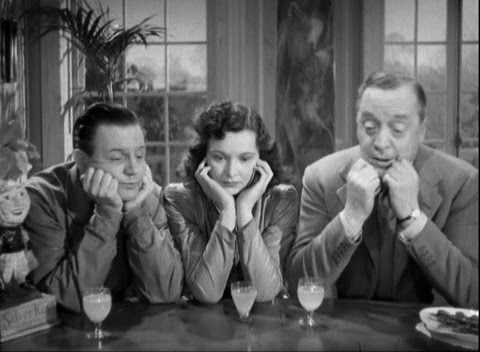 It appears one of the fellows cheats but the other commits suicide anyway. The resulting haunting takes a few delightfully weird twists of comeuppance but, again, it's a reflection of a protagonist's character.

In the final story, and the most famous, Michael Redgrave plays a ventriloquist whose puppet, Hugo, seems to harbour a murderous ambition independent of his human partner. 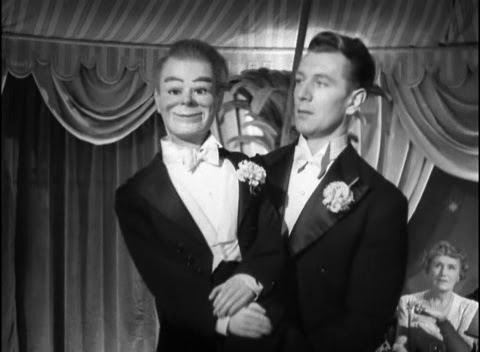 I really like how Hugo's voice doesn't appear to be dubbed in--you can see Redgrave's mouth working just subtly when Hugo speaks. Hugo can be sober when Redgrave's drunk and in one case appears to move from one room to another on his own but again it's a reflection of the man. Redgrave simultaneously loathes Hugo and is fiercely possessive of him, not suffering him to be handled by anyone else. Perhaps it's about addiction to the avatar of self-destruction.

Posted by Setsuled at 6:47 PM
Email ThisBlogThis!Share to TwitterShare to FacebookShare to Pinterest