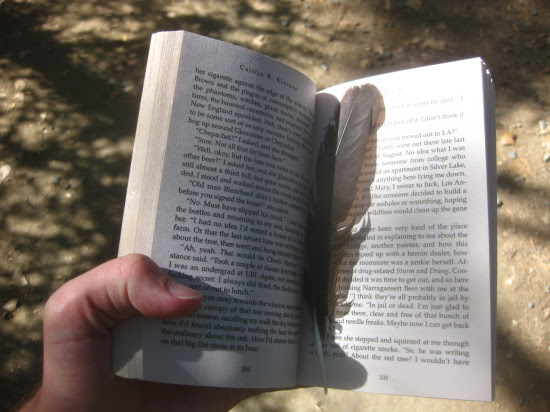 I found this new bookmark on the way to the clinic this morning. Seems appropriate for a novel with a protagonist named Crowe, though I don't know if it's a crow's or a raven's feather.

The trip to the clinic was a followup to last week's check-up. I just needed to have my blood taken for a lab. "Don't be nervous," the nurse said as she prepared my arm and saw my sweaty palm.

She seemed shocked, "Where did you walk from?"

"I live just across the river."

"You mean the riverbed?"

"Well, it's a whole river with water and ducks and everything."

She didn't seem to believe me. She said, "When I lived in Riverside [a neighbouring town] it was a dry riverbed."

Yesterday I drew two pages of comic and inked one of them. It was the best day I'd had drawing a comic since I can remember. I don't know how much of that is to do with the quantity of naked women on those pages. In case anyone's wondering when they'll see this comic, I'm hoping to have it ready about a week before Comic-Con starts (July 18).

I was sorry to hear about the death of James Gandolfini yesterday at the rather young age of fifty one. The guy had an extraordinary talent for bringing an audience into the mind and heart of his character. This is why he was so inextricable from Tony Soprano though he gave fine performances in several films. I plan on watching True Romance again soon, it's been a very long time since I last saw it. Jeez, maybe I ought to have watched it when Tony Scott died.

I stalled out in watching The Sopranos at some point last year around five episodes into the final season. I guess the final season seemed a bit meandering and unfocused to me. The several episodes taken up with Tony's dream sequence didn't help--I actually rather liked the dream sequences in previous seasons but this one felt like a waste of time. It was a drawn out way of eventually only telling us things we already knew.

But I watched "Johnny Cakes" last night, the eighth episode of the season. It wasn't a great episode--it is nice the story of Vito explores what it means to be gay in the particularly old fashioned and macho world of the mafia. Tony's story of almost cheating on his wife with Julianna Margulies was a little dry and the subplot with A.J. was just lame as every plot with A.J. is.

Still, all in all it's been a good show and I'll try to muscle through the rest. 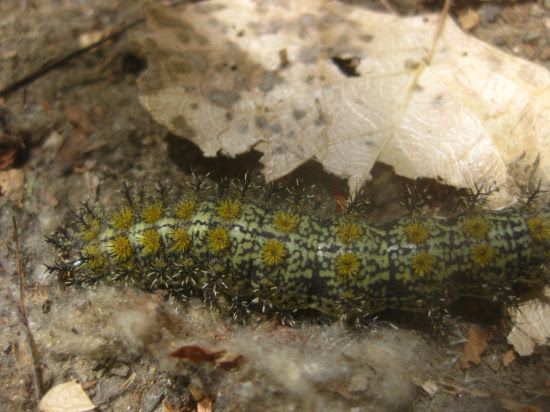