I was cleaning out the trunk of my car yesterday which has mostly remained undisturbed for ten years. I've used it just as storage all this time--among all the pre-prequel Star Wars books, various sketchbooks, and presumably destroyed Nintendo games I found this; 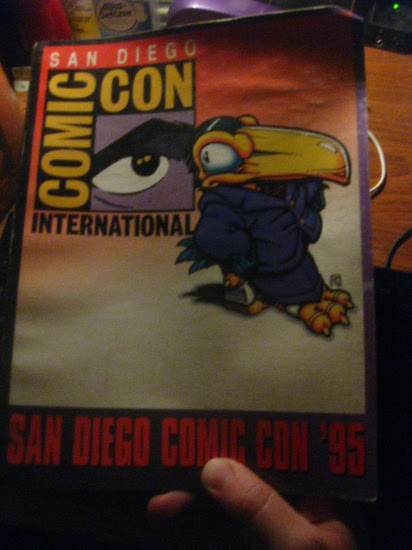 It has some water damage on the upper right but otherwise it's in decent condition. 1995 might have been my first Comic-Con, I'm not sure. I've gone annually for at least ten years but it was sporadic before that. In 95 I was a sophomore in high school. I have no memory of what I did at the 95 Con. It might've been one I went to with some friends from school, in which case I'd have spent most of my time in the anime theatres. I remember relatively clearly seeing Tenchi Muyo for the first time at the Comic-Con.

Inside the book is the usual rundown of special guests among whom we find a youthful Neil Gaiman; 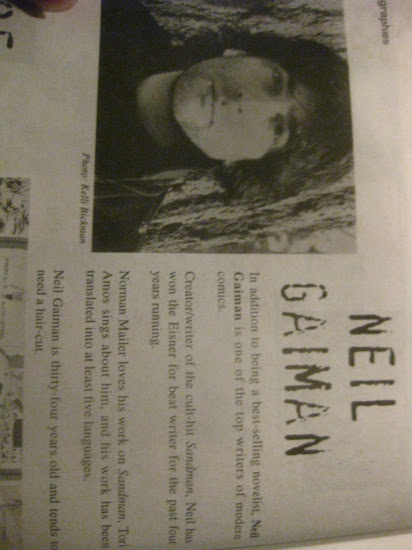 The only other names among the guests I recognise are Harvey Pekar, Stan Lee, and Sam Keith. 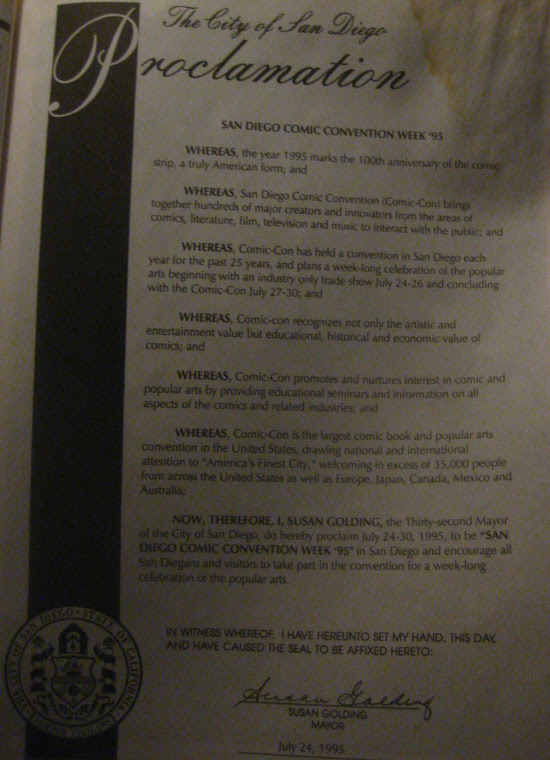 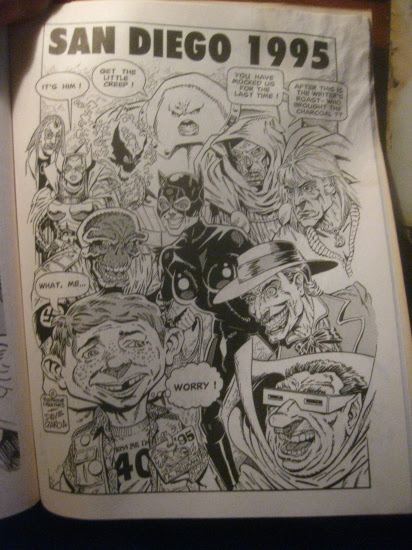 Here's why superheroes should never take sculptors into their confidence; 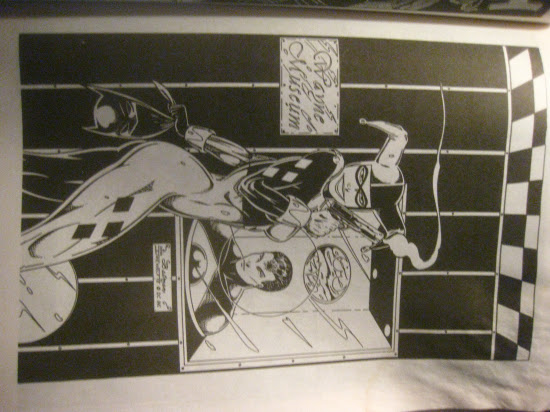 This was by an artist calling himself "Dire Wolf". I do wonder what became of most of the artists who contributed work. 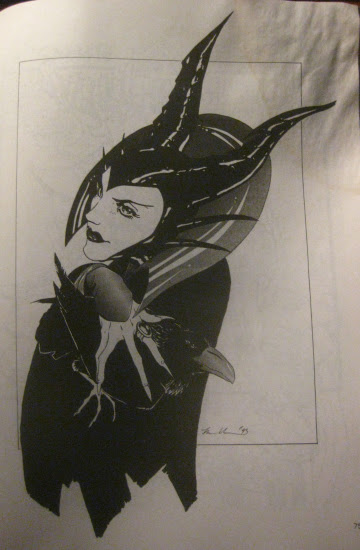 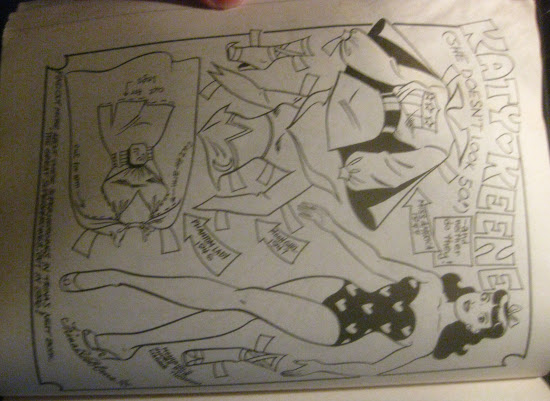