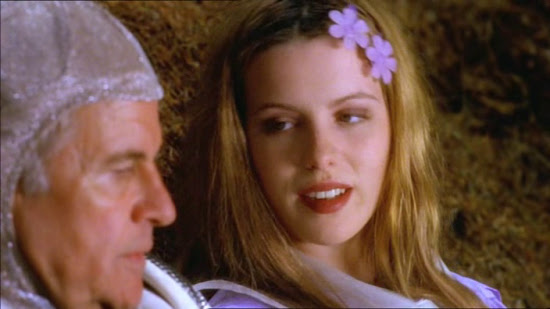 My perception, and it may be just my perception, has always been that Kate Beckinsale really likes sex. Something about her playful, sort of dazed manner and smirking suggests it to me. It added an interesting element to the 1998 adaptation of Through the Looking Glass which is actually not bad, mainly because it has good actors delivering dialogue straight from the book. 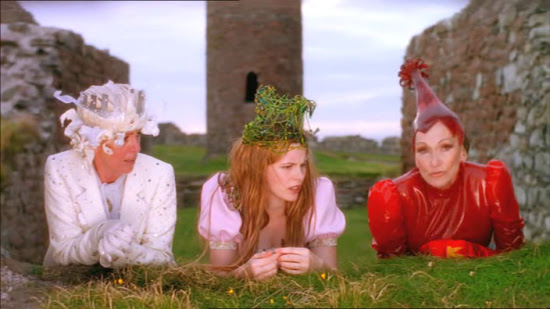 Particularly nice are Penelope Wilton and Sian Phillips as the White and Red Queens respectively, though for some reason this version omits the famous exchange about running as fast as one can just to stay in one place. The actors counteract some of the over the top music and production design. 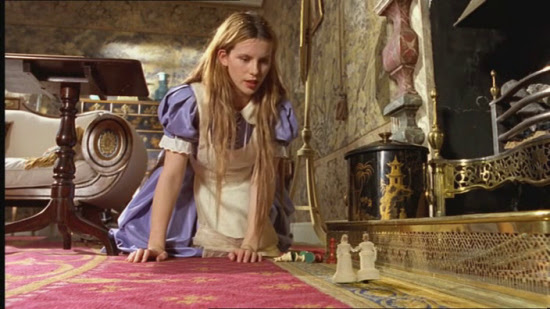 No, she doesn't seem quite like the Alice from the book. None of the adult Alices from the various adaptations do. Though I think part of the reason filmmakers are so often compelled to cast Alice older is that children are generally no longer intellectually equal to the character or the book. It's a work now that really works more for an adult reader. And I think a lot of people reading really want the possibility of sex to go along with the affection Carroll has for the character. But sexual maturity is only one of the reasons an adult Alice has a different perspective--and therefore fundamentally creates a different story than--a child Alice. The book is about the absurdity of the adult world through the eyes of a child. In adaptations featuring an adult Alice, it's just a woman meeting some confusing people, it's less clear what's fundamentally different about her and them. That's probably why Tim Burton felt compelled to inject a prosaic coming of age story into his adaptation with an adult Alice. 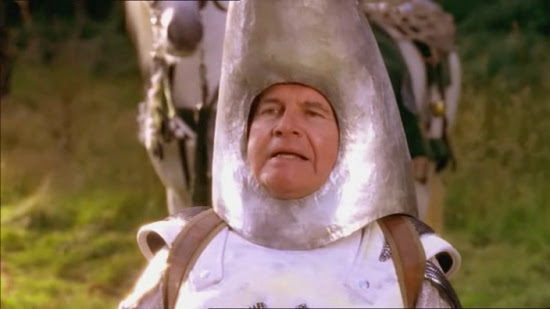 Ian Holm, who played Lewis Carroll himself in the 1985 film Dreamchild, here plays the White Knight. I love Ian Holm but I think I actually liked Gary Cooper better in the role. Holm lacks too much warmth. I think Liam Neeson would actually be perfect in the role.

Maybe it's just because I mainly associate Holm with Alien and Brazil. I thought he was fine as Bilbo but I would say he comes off as a particularly self-centred Bilbo. Which isn't inappropriate, particularly in the scenes where he's showing Ring addiction. But I think I actually like Martin Freeman's warmer take better, though he doesn't have a single line in the trailer for the next instalment of The Hobbit;

Freeman is almost the best part of these movies in spite of Peter Jackson. Maybe it's inevitable--the movie does come from a world even further removed from the philosophy that cherished the gentle which Tolkien was already working against the grain by espousing.

While eating lunch to-day I read "FLICKER", a story in the new Sirenia Digest, a ghostly tale about a man obsessed with a silent film. Caitlin includes a quote from Guy Maddin which I liked, despite the fact that I don't think much of Maddin as a filmmaker;

Over eighty percent of silent films are lost. I've always considered a lost film as a narrative with no know final resting place--doomed to wander the landscape of film history, sad, miserable and unable to project itself to the people who might love it..

Caitlin's story certainly has something of that impression. It's something I come up against rather often, too, as I'm always adding more films to my "to watch" pile and I generally do that just by looking up filmmakers and actors and their filmographies. It's frustrating how often I'll read about some important work in a director or performer's career that can never be seen.